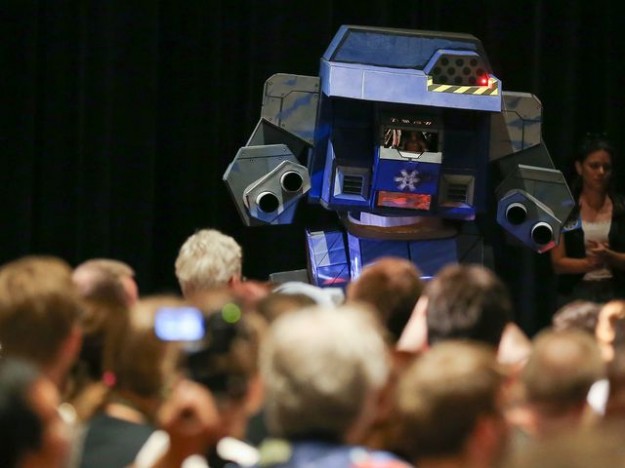 The construction is mainly layered cardboard, even the joints. Much of the fastening is done with magnets to allow access to the individual compartments. The legs are fully articulated, and appears to have a traversing torso. The “pilot” operates the… well I guess its most accurately referenced as a puppet, from behind, his legs standing on the wooden inboard ‘toes’ of the ‘Mech’s feet. It’s not the first time someone built a ‘Mech for the purpose of cosplay, but in my opinion, probably the best executed of those I’ve seen. 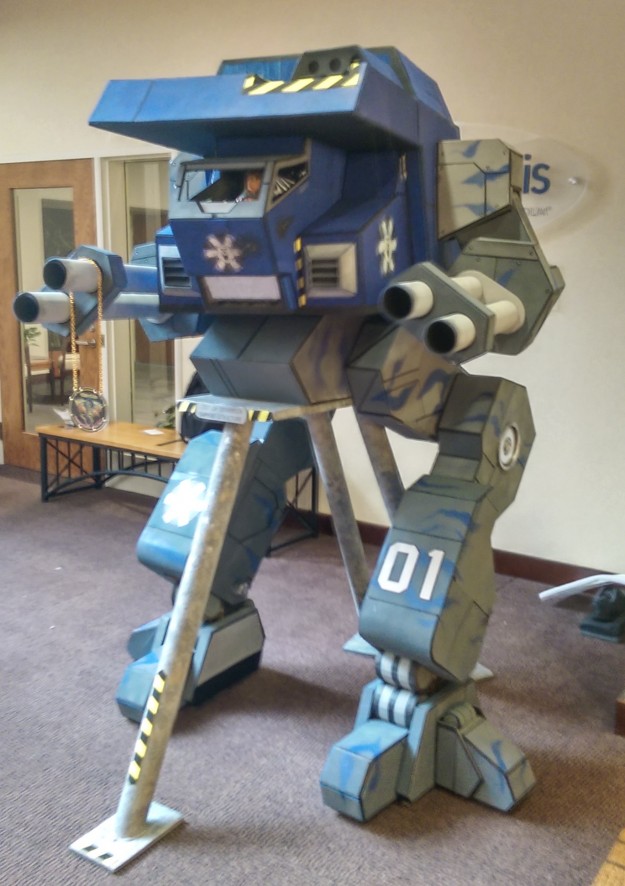 The missile launcher housing has a functional LED system installed in it, though I’m not sure what its supposed to be. If he uses it again maybe he can retrofit it with a laser for guiding a bank of nerf rockets. When not in operation, he sets the ‘Mech on a tripod platform.

Ion Raptor has been working diligently on this project for about a year based on the length of the thread. He is open to selling the ‘Mech as a display. He can be contacted through the main site as Ion Raptor, or on the MWO site as ‘The Collector’.

As eye-poppingly cool as this is, I can see why he would want to part ways with it. At this scale, it takes up 1/5th of a parking ramp on the tarmac.