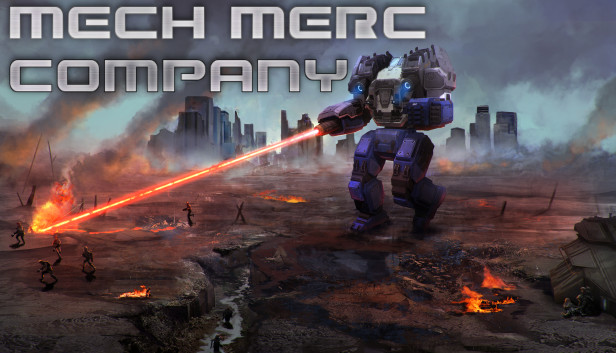 The BattleTech community has some very talented people doing some pretty awesome things. There are folks making 3D models of obscure ‘Mech designs, folks making LEGO ‘Mech models, and there are even developers making their own fan video games. We’ve already covered Wolves, the fan-made reboot of the MechAssault franchise, but there’s another game that just recently released to early access on Steam that I’ve had my eye on for a while.

Due to my undying love of giant robots, a game popped up on my Steam suggestions that I found intriguing for a number of reasons. It’s called Mech Merc Company, and before you write this game off as a mere cheap imitation of MechWarrior, hear me out. There’s a lot of BattleTech love in this game even though it doesn’t actually have the BattleTech license.

Not that there’s any of that going on, as far as I can tell. All the ‘Mechs used in Mech Merc Company are freely available on the Unity Asset Store, and none of them bare more than a passing resemblance to anything found in BattleTech. On the other hand, the ‘Mech building system is almost a carbon copy of the standard BattleTech tabletop rules, which might raise a few eyebrows. More on that a bit later.

Besides playing the free demo that’s available on Steam, I had a chance to speak to McShooterz to get the lowdown on just where Mech Merc Company came from. “It must have been either the end of November or beginning of December 2018. I was looking for a new project to work on, so while browsing the Unity Asset store, I stumbled on the work of MSGDI and he had just put out some really good looking ‘Mech models that look just like they would belong in HBS’s BATTLETECH. So I bought the license for them and just started building a Mech sim, and by trying to get at least a bit done every single day I have progressed to what MMC is now.”

And just what is Mech Merc Company? Think of it as a remade MechWarrior 2: Mercenaries. You play as a mercenary commander in charge of your own ‘Mech company. You can purchase pilots, equipment, and machines to grow your company while taking increasingly more dangerous missions that pit you against other fighting vehicles like tanks and enemy ‘Mechs. 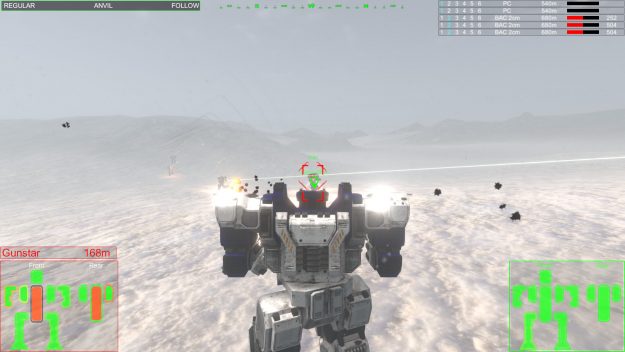 The core gameplay loop is pretty much the same as MW2: Mercs--take a contract, finish the contract, repair, buy stuff, and do it all over again. The menu and contract screens are all heavily inspired by MW2: Mercs, which is of course by design.

“Mechwarrior 2: Mercenaries is by far my favorite of the MechWarrior games, which has informed many aspects of MMC career mode design.”

“Mechwarrior 2: Mercenaries is by far my favorite of the MechWarrior games,” McShooterz told me, “which has informed many aspects of MMC career mode design.”

For the full career mode, you’ll need to actually purchase Mech Merc Company on Steam. The demo just has instant action mode, which will provide you with the core combat system of Mech Merc Commander and let you make custom ‘Mechs to take out for a spin. It’s a totally free demo, with the game itself available for a discount thanks to its early access status.

For just one guy working in Unity, Mech Merc Company is actually pretty impressive. Sure, the cockpit isn’t exactly immersive in its detail, and the animation of enemy ‘Mechs looks bizarrely rigid, but the weapons have impact, the controls are crisp and responsive, and disabled ‘Mechs collapse into believable heaps of scrap metal. 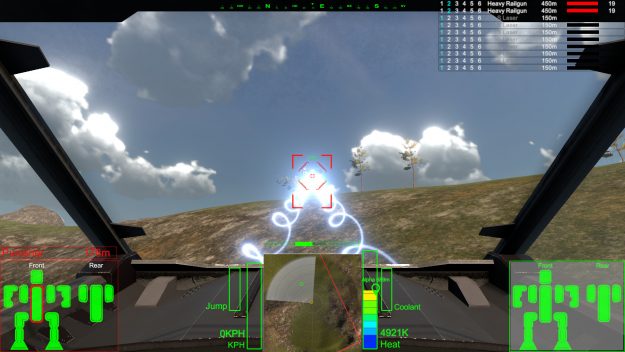 There’s an old-school MechWarrior feel here that just isn’t captured in more modern offerings. Some might not have that sense of nostalgia for MechWarrior 2, but I find it rather charming.

In my conversation with McShooterz, I got a real sense that Mech Merc Company isn’t trying to step on anyone’s toes and is more meant to offer a product that captures some of that nostalgia. That said, with so much of the core mechanics of Mech Merc Company copied from MechWarrior, I had to ask if McShooterz was worried about BattleTech’s litigious history.

As usual, I preface this with “I’m not a lawyer,” but I’ve seen a similar game take a stab at another, far larger license, and get away with it. You might have heard of Temtem, the Pokémon-like PC game from Spanish developer Crema Games and published by Humble Bundle. Temtem lifts liberally from Pokémon’s systems, such as stats and the four-move battle system, but so far Temtem has avoided a Nintendo lawsuit. 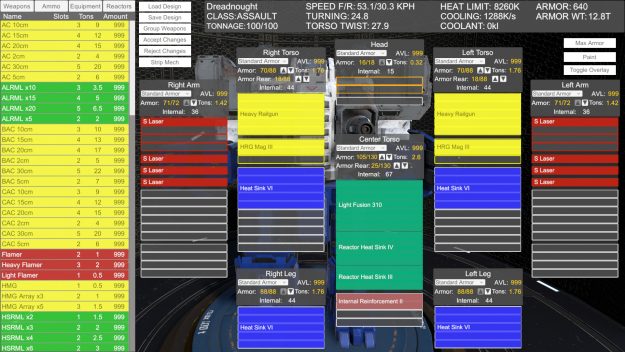 Mech Merc Company seems to ride the same fine line between homage and outright theft. It’s a game that does things differently while trying to still capture that same game’s essence. The folks making Temtem are obvious Pokémon fans making their own game, and Mech Merc Company is no different when it comes to MechWarrior.

“It probably will never be a looker, but I think I can make MMC one of the most interesting mech games to play.”

The game is by no means done. What Mech Merc Company has successfully accomplished is really just the bare minimum: there’s core ‘Mech combat, there are a few different randomly-generated maps, there’s a MechBay, and there’s a mission loop that’s really just a slightly more structured version of Instant Action. McShooterz knows that his game isn’t finished, which is why it’s in Steam  Early Access. He’s got a laundry list of planned improvements, including adding new hover tank models, aircraft, bases for defend/capture/destroy missions, and ‘Mech cockpits that have a bit more detail than the placeholders they currently are. And with MMC being a side project that gets worked on a little bit at a time, it might years before the game is ever truly “done.”

But I think there’s still something to be excited about in Mech Merc Company. No, it doesn’t have any of those glorious machines that many of us have a strong emotional attachment to, and it likely never will. However, it does have the same experience that many of us feel nostalgic for that has never quite been recreated in more modern games.

On top of that, without being constrained by a BattleTech license, MMC is free to iterate on the old formula as much as it wants. There are a few notable pieces of new equipment and weapons that have absolutely no BattleTech equivalent, such as an Autocannon 15 or Heavy Short Range Missiles, and they feel like they fill voids that some people might never have even realized were even there. 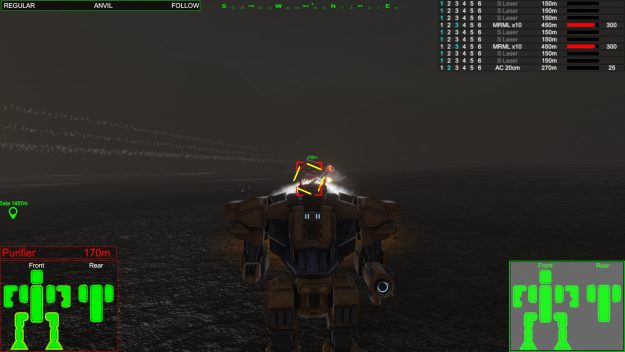 “It probably will never be a looker,” McShooterz concludes, “but I think I can make MMC one of the most interesting mech games to play.”

If you can afford the $10 or so that McShooterz is asking for, I encourage you to give Mech Merc Company a try. And if not, there’s a completely free demo available on Steam that will give you a good idea of what you’re in for.

Like Wolves, I’ll be keeping my eye on Mech Merc Company to see where the game goes from here.