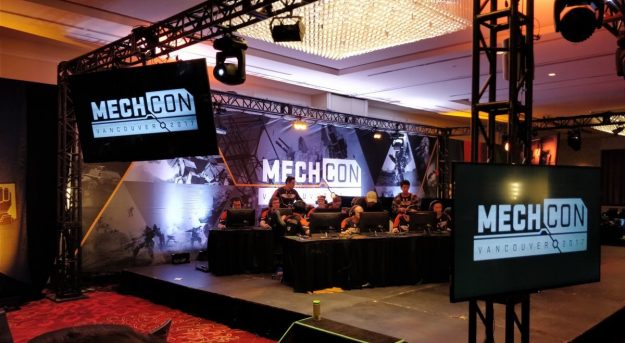 If there were any doubts as to what is the new mecca (hah) of ‘Mech conventions, they were put to rest on December 9th, 2017.

Mech_Con brought together the biggest names from all things BattleTech, from PGI and Harebrained Schemes in video games to Catalyst Game Labs on the tabletop, and there has been a slew of super exciting announcements that will give any ‘Mech-head the chills.

We’ll certainly get more in-depth with each announcement in future articles, but first a quick recap of what went down at Mech_Con 2017.

Catalyst Game Labs Plot A Course For The Future 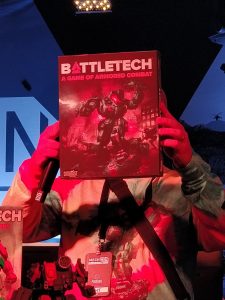 First, there will be two brand new box-sets coming out in 2018 for new players and veterans alike. One new box set will be a quick intro to the BattleTech tabletop game, the universe, and core mechanics, while the other will a full box set with the complete rules. Each set will come with a set of brand new miniatures that update BattleTech’s cool factor while still paying homage to its 1980s roots.

Along with new box sets will be brand new map packs that will be based on brand new BattleTech fiction also set for release in 2018. Not only will you be able to read fantastic new legends from the BattleTech extended universe, you’ll be able to play them out on maps based on those brand new novels. Stay tuned for more details.

Harebrained Schemes Puts On A Show 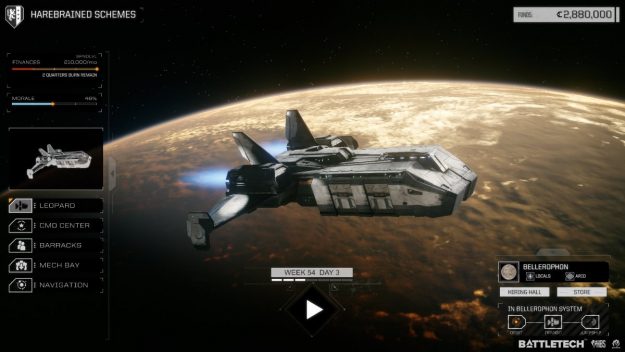 Harebrained Schemes honored Mech_Con twofold: first, we got to see Mitch Gitelman and Jordan Weisman play the latest build of BattleTech in a no-holds-barred brawl for who would be the other’s bondsman for a week. Keep an eye on our news page to find out who won the most epic battle of 2017. 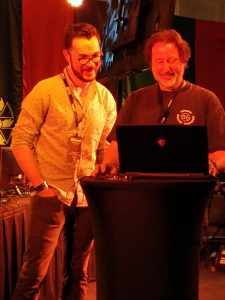 Second, the latest build of BattleTech was also on hand for the viewing public, and things are shaping up great. Everything felt really solid in the brief time I had to play with it, with combat feeling smooth and the AI feeling well balanced.

While combat will certainly form the core of the BattleTech experience, the game will only truly shine with a single player campaign that tells a truly awesome story. Lucky for us, Harebrained is known for telling fantastic tales from their Shadowrun games, and it looks like BattleTech will be no different.

Mike McCain, game director for both BattleTech and Shadowrun: Dragonfall, previewed several new images from the single-player campaign showing what life will be like as a mercenary commander who gets embroiled in Periphery politics. It looks like Harebrained will stay mostly true to the ‘Mech construction rules, although the armor and damage values seem to have all been changed to better suit the game’s engine. The rest all seemed really promising, and I can’t wait to get my hands on the single-player campaign. 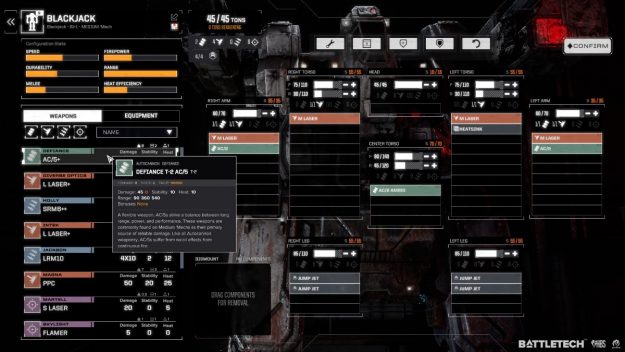 PGI easily had the most to announce at Mech_Con, with each one deserving its own in-depth explanation. We’ll hit the major points here. 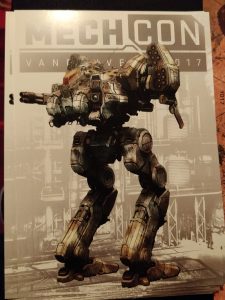 –New Solaris VII game mode announced for MechWarrior Online: Rather than company-level brawls, the new game mode allows players to engage in 1v1 or 2v2 ‘Mech combat. There will be leaderboards and new game rewards for Solaris Champions too.

–New MechWarrior Online Map – Solaris City: While Solaris game mode will have their own minimaps, regular MechWarriors will have a brand new Solaris-styled map to fight out their 12v12 brawls in.

-New ‘Mech – The Sunspider: Clan Goliath Scorpion’s Sun Spider was revealed as a brand new OmniMech from the early days of the Clans. Built in conjunction with Catalyst Games and given Randall Bills’ seal of approval, this is the newest ‘Mech to be introduced to the BattleTech universe!

–MechWarrior 5: Mercenaries release date announced: Along with a new teaser video, we’ve got a tentative release date of December 2018 for the first new single-player MechWarrior game in over a decade. Mod support and 4-player co-op were also announced. Keep an eye out for our hands-on with the game. 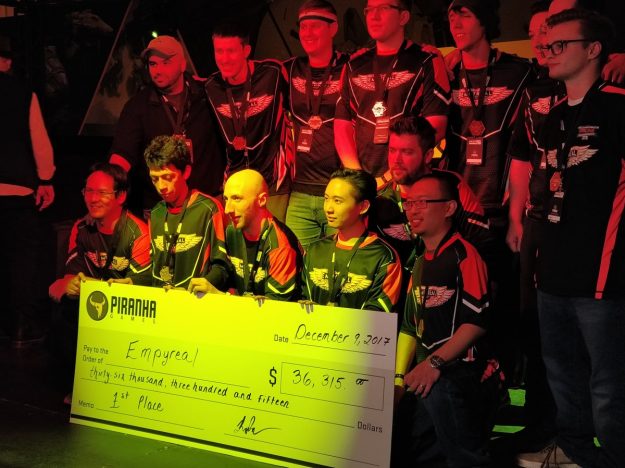 The MWO World Championship finals were played at Mech_Con, and there were a ton of amazingly tense games. Unlike last year, there was a real fight for the top spot in this year’s grand finale, with EmpyreaL ultimately taking home top honors. EON Synergy, however, proved that EmpyreaL is no longer the invincible juggernaut they appeared to be all season, very nearly taking first place by forcing the tournament to go to a climactic fifth round.

Stay tuned for our recap of the MechWarrior Online World Championship Finals.

Here’s To A Great Year In BattleTech 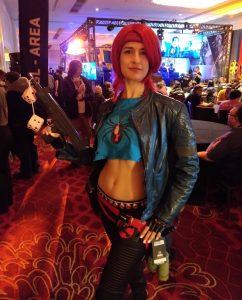 I really can’t express how amazing the whole experience was. The sense of community and partnership that you get from attending Mech_Con is just indescribable. There is an unprecedented level of cooperation and communication between BattleTech’s creators right now, and Mech_Con brings all of them together under one roof for an amazing party.

This year’s convention sold out to 600 attendees, a growth of over 200 people compared with last year. Mech_Con organizers are already talking about moving to a larger convention space in 2018 to fit even more BattleTech fans and using the occasion as their MechWarrior 5 release party. If you didn’t get the chance to attend this year, start saving your pennies now to plan a trip to Vancouver Canada next December. You’ll be very glad you did.