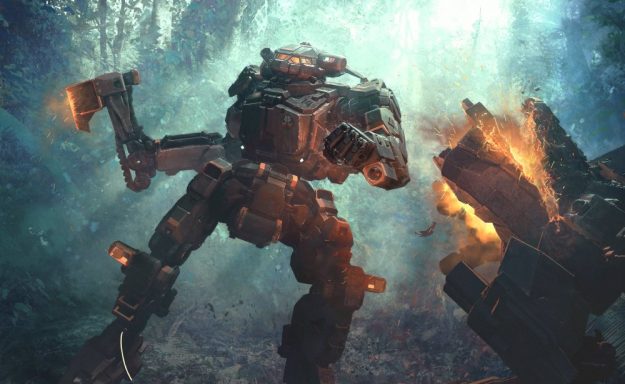 Day 2, electric boogaloo! After PGI had their big huzzah on the first day of Mech_Con 2018, the rest of the BattleTech companies got their chance at glory. We had Harebrained Schemes show off their latest BattleTech expansion: Flashpoint, Catalyst Game Labs revealed some fancy dice and that the new box sets aren’t a year-long fever dream, and the MechWarrior Online World Championships crowned a new champion!

Once again, Harebrained decided to showcase their latest creation by making FASA co-founder Jordan Weisman and Harebrained co-founder Mitch Gitelman duel to the death, but this time, instead of mindlessly jumping on each other for a solid hour, they had Hatchetmen. Er, I mean henchmen.

So that went well.

I sadly did not get to see this hopefully yearly tradition when it was broadcast live on Twitch, but thankfully, PGI kept the whole 12-hour video from last Sunday online. So you can see the entire debacle so long as you’re willing to skip to roughly 6 hours in.

Which I can do for you. You’re welcome.

Like I said, rather than fight it out themselves, the two grandfathers of BattleTech picked two randos out of the audience to be there “advisors”. And by choose, it was more like Gitelman picked the best BattleTech player in Harebrained’s office, while Weisman got Willian von Wilhelm Helmut, the guy who won the Valhalla Tournament Of Champions. Whatever that is.

But here’s the thing: BattleTech is a game of random numbers. And on top of that, Weisman and Gitelman weren’t all that good at taking instructions. Weisman eventually fired his general, while Gitelman often ignored sound advice in favor of performing yet another DFA maneuver.

This year, the numbers were on Gitelman’s side. While last year he had to serve as Weisman’s bondsman, this year the tables are turned and it will be Weisman who washes Gitelman’s car and brews his lattes. They are from Seattle, after all.

The #Mech_con @BATTLETECH_Game Battle of the Graybeards has ended. All hail Jordan Weisman. Friend. Brother. Partner.

Afterward the fight (and somewhat during), the two hosted a live Q&A session about the future of BattleTech. They revealed that more Unseen ‘Mechs are set to arrive, including the Marauder and Warhammer heavy ‘Mechs, but not to expect them in the next planned expansion which is Urban Warfare.

The boys and girls at Catalyst Game Labs were also at Mech_Con to show everyone going gaga over MechWarrior 5 that there’s a simpler, slower, and lower-tech way of playing BattleTech that involves dice, miniatures, and a lot of reading. No, more reading than that–veritable textbooks of reading. Tomes, if you will.

I kid. I only wish I had the free time to play an actual, sit-down-and-roll-dice game of BattleTech.

But also as with last year, Catalyst answered a bunch of questions from the hardcore BattleTech faithful, chief among them was “where the hell are those brand new box sets you’ve been promising since last year?”

The answer: in the warehouse, and expecting to be at brick and mortar stores by the end of the month. It sounds like it might miss the Christmas rush, but maybe you’ll get it in time for New Years. 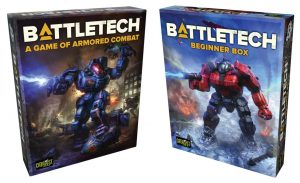 In addition to the new box sets, Catalyst Primary Randall N. Bills and BattleTech Line Developer Brent Evans also dropped a few new items on the horizon, such as new map pack called “grasslands” (to arrive sometime in March) as well as a reprint of the BattleTech Manual for BattleTech’s 35th anniversary.

We also got some news about Shattered Fortress, which will become a stepping stone to the hotly anticipated Il-Clan sourcebook. We also got a strong hint that the universe will go back to hammering the Capellan Confederation into space dust in the tradition of the classic BattleTech novels.

As always, new fiction is the top priority for BattleTech fans, which Evans was happy to reveal that there are no less than 30 fiction projects of varying length currently in progress. These will become available via electronic distribution (ie. Amazon) as soon as they’re done, which we’ll report on once we’ve got a title to share.

Oh, and since the whole Unseen business is finally settled, expect to see some new sculpts coming out. We don’t know when, but some redesigned Warhammer and Marauder minis could be here sometime next year.

Whereas EmpyreaL was the dominant force in competitive MWO for several years, EON Synergy displayed incredible skill and tactics during this year’s tournament that made them completely unstoppable. Despite EmpreaL’s team of veteran players, EON never lost a game, and the look of absolute relief after proving that EmpyreaL is not invincible could be felt even through an LCD screen. 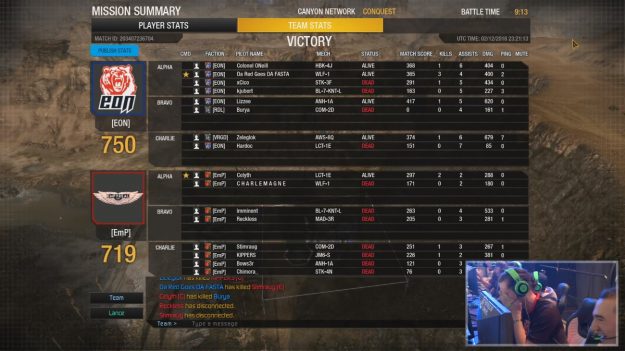 This year’s winning team were awarded medals and a shared first place prize of $34,653. They also got a ton of in-game content, although, with the amount of ‘Mechs these guys probably already have, one wonders just how much value they’ll get with an extra 50 million C-Bills. 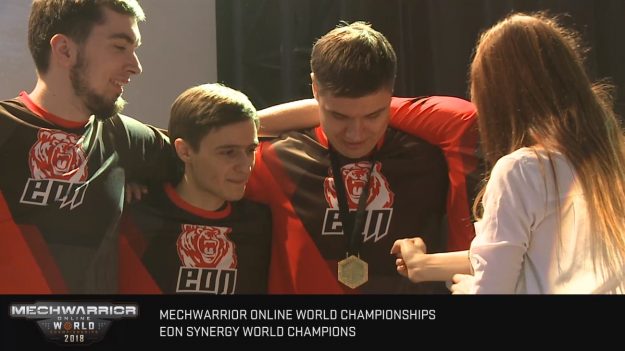 And that’s it for this year’s Mech_Con! Join us next year when I’ll hopefully get paid to fly to Vancouver on first-class tickets due to the incredible importance of Sarna’s first-hand reporting! And I’ll be sure to bring my BattleTech TCG cards when I do. I heard there were a bunch of you jokesters playing this year.