Happy New Year, ‘Mech fans! I have to start this year off with an apology: I caught wind of this story well before Christmas, but with the holiday rush, I just didn’t have time to give it the attention it so desperately deserves. But by golly, we’re getting to it now, because this is news that any die-hard MechCommander fan should hear.

The original MechCommander Gold has been updated and remastered for you retro-gaming pleasure. 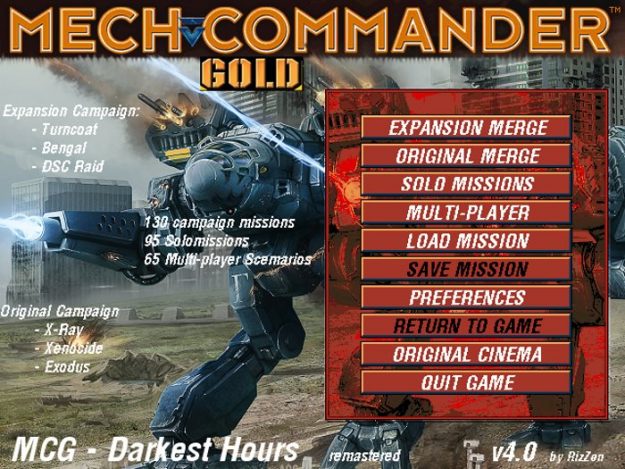 It’s called MechCommander Gold – Darkest Hours (a take on the original’s Desperate Measures expansion) and it’s more than just a remaster. Darkest Hours also adds 20 new pilots, merges the original and expansion campaigns, and expands them to include so many more user-created missions that it’s practically a new game. Some of those original story missions have also been updated too, so even the familiar standbys will seem like a fresh new experience.

We have RizZen to thank for this labor of love that he’s been working on since 2017. He’s compiled a host of previous additions and user expansions to include in Darkest Hours and created several resolution updates so everything doesn’t appear all pixelated (although, true MechCommanders will play on the original 640×480 for the genuine experience).

I remember playing the crap out of MechCommander, to the point where I mastered the entire game with nothing more than a company of jumping Cougars. The expansion added Shadow Cats to my playthrough which gave me a considerable armor boost, and a twin-PPC Bushwhacker build was easily my most favorite for an Inner Sphere-only playthrough. 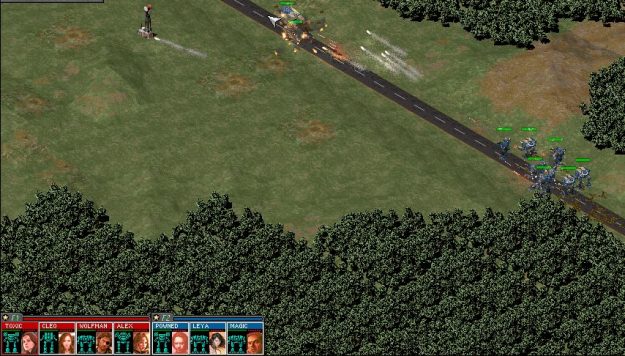 The fine folks over at No Guts No Galaxy have provided hosting for Darkest Hours’ game files, but that’s not all! There’s also a huge player’s guide section that will provide new players with all the information they need to jump into this classic game. Veterans will find value in the guide too in order to handle all the new missions that have been added.

So start your 2019 off right with a retro experience unlike any other. Darkest Hours works on Windows 10 all the way back to Windows XP (something that even Microsoft can’t say) so even the most potato-like of machines can get this game running.

And as always, MechCommanders: Stay Syrupy.