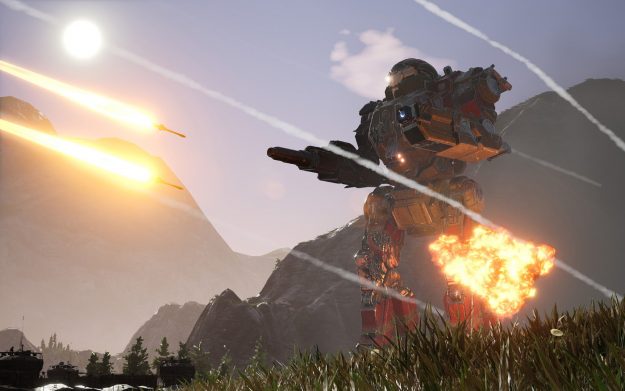 So. MechWarrior 5 is going to be an Epic Games Store exclusive title after all. It’s also been slightly delayed, now releasing on December 10th instead of September 10th as previously hoped.

I can’t say I’m all that surprised. The writing was on the wall, which you can read all about in Sarna’s previous coverage on the matter. Suffice to say, what was once mere rumor has now become reality, with PGI making the official announcement on the MechWarrior 5: Mercenaries website on July 25th.

What does being an Epic Games Store exclusive mean? Well, it means that MechWarrior 5 will be available only to those willing to download the Epic Games Store launcher. It will remain there as an exclusive title for one year, and then hopefully release on Steam, GOG, and other game stores on December 10th, 2020.

As for the delay, that’s covered in the updated FAQ page on the MechWarrior 5 website. The extra few months will give PGI more time to complete localization for a few different languages and also provide time for some additional marketing before release—both of which are Very Good Things™.

An AMA held on July 25th with PGI President Russ Bullock also mentioned not wanting to compete with the release of Borderlands 3, which is set to release September 13th on the Epic Games Store. No surprise there--Borderlands is expected to be a pretty big deal.

“Our partnership with Epic Games store allows us the opportunity to make sure MechWarrior 5: Mercenaries meets our internal goal of creating the best MechWarrior game possible,” PGI wrote on their FAQ page. And while few would have been upset with a 3-month delay in MechWarrior 5’s release, there are quite a few more MechWarriors absolutely livid at the fact that MechWarrior 5 will now be releasing on the EGS after promising since the game was first announced that it would release on Steam.

And it’s resulted in many pre-order holders demanding a refund. To PGI’s credit, they’re offering a no-hassle, no-questions-asked refund to anyone who wants one, even if those pre-order buyers already used their community bonuses that were tied to MechWarrior Online. PGI also pointed out in their development update that those Community Pre-Order bonuses represent $100, $180, or $300-worth of MechWarrior Online goodies (depending on the level you pre-ordered MechWarrior 5) which they are now giving away essentially for free.

That said, many view the sudden swap to Epic as a betrayal even with the refund policy. There are also some open questions on just when PGI decided to sign a deal with Epic. MechWarrior 5: Mercenaries was still selling pre-orders up until May, and Bullock was even fielding concerns of Epic exclusivity in AMAs as late as April 10th, saying that the game would release on Steam and GOG as planned and they had no intent to release on Epic. 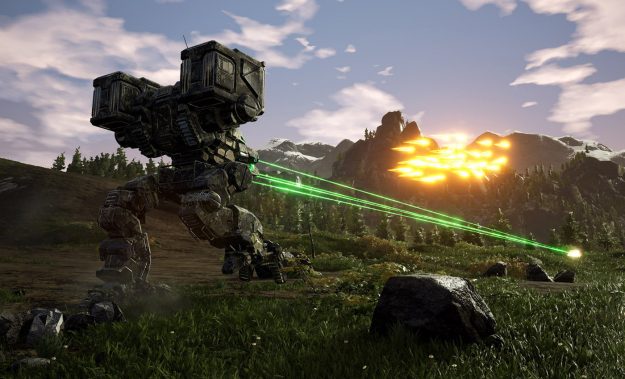 In the July 25th AMA, Bullock stated there may have even been “a couple of days crossover” between when PGI signed their Epic exclusive deal but were still selling community pre-orders promising a Steam release.

PGi didn’t exactly have the greatest reputation to begin with, but this bait-and-switch with Epic has truly pissed-off a lot of folks. The various MechWarrior and BattleTech-related subreddits are abuzz with people expressing their outrage and that they will make full use of PGI’s offer of a full refund.

I don’t have numbers, but we know from the previous MW5 AMA that the game received roughly 20,000 pre-orders. You gotta think that a significant quantity of those pre-orders has been refunded by now.

To get your refund, email support@mw5mercs.com. All refund requests have to be in by Septembers 1st, and please give PGI 10 business days to process your refund. They’re probably dealing with a lot of angry people, so patience will be a virtue. 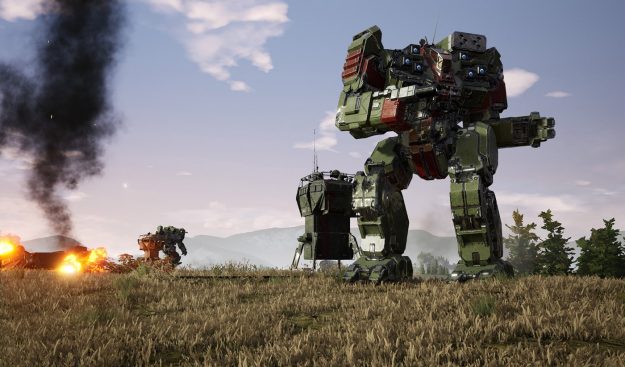 What will this mean for MechWarrior 5 and the future of the MechWarrior franchise? It’s hard to say. Whatever deal they’ve signed with Epic has almost certainly secured PGI’s financials for the time being, and Bullock said in the July 25th AMA that Epic provided enough data to convince him that MechWarrior 5 will still sell as well—if not better—on the Epic Games Store than on Steam.

Maybe that’s true. Maybe Epic’s smaller, more carefully curated game store will give MechWarrior 5 the sort of visibility that would have been impossible on Steam. Maybe this will result in that injection of fresh fans that an old franchise like MechWarrior desperately needs. There are certainly more than a few people that think MW5 going Epic is the right call.

It’s just a shame it had to come at the expense of so many old-school MechWarrior fans who are now angrily demanding refunds.