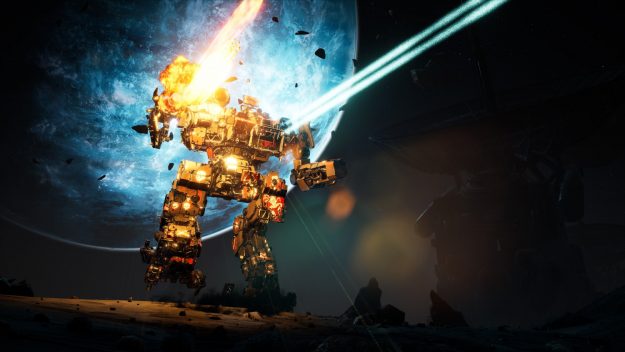 There’s been a lot of developments for MechWarrior 5: Mercenaries, the latest and (arguably--please don’t @ me) greatest MechWarrior game to hit PC’s since MechWarrior 2. Mod support has been added to the Epic Games Store, so now you don’t have to fiddle about with downloads from ModDB or Nexus Mods to get your version of MechWarrior 5 exactly how you like.

And another big development is MechWarrior 5‘s first DLC. Announced in April, Heroes of the Inner Sphere plans to expand the game’s initial career mode by adding new quests, new missions, and allow players to start in various new hot-zones around the Inner Sphere. And of course, there are new ‘Mechs, new guns, and the return of quirks from MechWarrior Online.

We still don’t have all the details, but several recent livestreams have dropped a lot of new info that I felt warranted sharing. As a quick recap, here’s what we know for sure will be coming in Heroes of the Inner Sphere:

“But Sean,” I hear you screeching with the incessant whine of a Cicada, “how will ECM and BAP even work? What will Chemical Lasers be like? What about infantry and artillery? And what will happen to all those great mods that are already out there enhancing everyone’s MechWarrior experience beyond measure? And when is this DLC even going to release?”

Well, I have some answers--and some non-answers--thanks to two livestream broadcasts.

The biggest news dump came courtesy of No Guts No Galaxy’s Sean Lang interviewing PGI’s Chris Lowrey for two whole hours. It was quite exhaustive and covered a wide range of topics, all ending with some alpha footage of an Orion stomping around in the new Beachhead mission type.

You can watch the whole thing in the video above, or you can read on for my summary.

As with every good first DLC, quality-of-life and bug fixes are a high priority for Heroes of the Inner Sphere. One of the big topics discussed was radar changes that will now provide MechWarriors with full 360-degree coverage around their ‘Mechs out to 800 meters. Currently, the game only offers radar in a cone view which differs wildly from previous iterations of MechWarrior and makes it difficult to track down fast-moving ‘Mechs as they flit around you. I’m big on this change and how it will solve my general inattentiveness to my surroundings (which often happens regardless of whether or not I’m in a giant robot).

Ambient heat will be added to planets which is another addition inspired by past MechWarrior games. A news ticker similar to MechWarrior 2: Mercenaries will keep players up to speed with the current comings and goings-on in the Inner Sphere, while an internal database added to your DropShip‘s computer will keep track of all encountered ‘Mechs and units so players can properly identify them in the future. 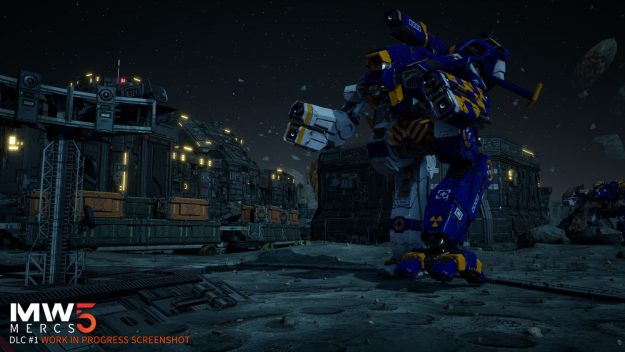 I know none of Sarna’s illustrious readers need a database to tell the difference between a VTR-9B and a VTR-9A, but not all of MechWarrior 5‘s customers are so enlightened.

All of the things I just mentioned will be part of a free update that will arrive around the same time as Heroes of the Inner Sphere. That is to say, everyone is getting those sweet sweet bug fixes and QOL improvements. But if you want the new ‘Mechs (such as the aforementioned Dervish or Marauder II) and the new ‘Mech variants, you’ll have to shell out for the DLC. Pricing has yet to be mentioned from anyone, but I can’t imagine it exceeding 20 bucks or so.

Let’s talk equipment. Many of the new items mentioned on the MechWarrior 5 website, such as ECM, BAP, and MASC, are already present in MechWarrior Online. So you’d expect those items to basically work the same as they do in PGI’s other game, but that’s apparently not quite the case. 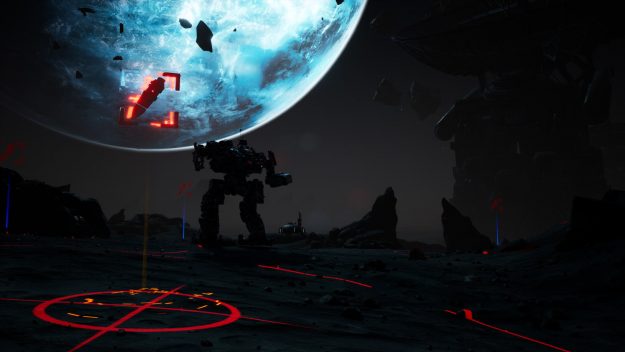 EWECM and EWAP are basically heavier, more cumbersome versions of ECM and BAP that might not be quite as effective. Expect to find ECM and BAP closer to Inner Sphere homeworlds, while EWAP and EWECM are more likely to be found in periphery worlds.

That’ll be the overall georaphic trend with a lot of the more retrotech weapons added in Heroes of the Inner Sphere too. Chem Lasers and ‘Mech Rifles are more likely to be equipped on pirate and insurgent units than regular House forces. Chem Lasers will have significant heat savings over regular lasers at the cost of requiring ammunition, while ‘Mech Rifles look to be harder-hitting but lacking in ammo reserves.

The NGNG Podcast interview ended with an extended look at the new Beachhead mission type, where the player’s company takes on the role of vanguard ahead of an allied invasion. You’ll need to take out several objectives while under heavy fire from combined enemy forces, including ‘Mechs, tanks, infantry, and artillery. Red circles mark the landing zones of enemy shells, so remember to stay out of those when embarking on this mission type.

More recently, PGI hosted a Q&A livestream where Lowrey and David Forsey answered questions posed in the MechWarrior 5 Discord chat. One of the big questions in this stream was about enemy spawn rates, which PGI is most definitely working to solve. Lowrey mentioned to NGNG that the randomness of ‘Mech designs faced in missions will be replaced by drawing from a certain “deck” of ‘Mechs that will better correspond with the House or pirate gang you’re attaching, while Forsey said in the Q&A session that they’re working towards improving the spread of ‘Mech weights faced during random missions.

AI improvements were another big topic, with one question asking if PGI plans to use some of the improvements to enemy and friendly behavior offered in the TTRulez Improved AI mods. Forsey said PGI is reviewing the mods, but couldn’t comment further at this time.

Melee weapons and Aerospace fighters also seem off the table--at least, for now. Aerospace fighters haven’t really featured in MechWarrior since MechWarrior 2: Mercenaries as they’re just hard to implement from a game design perspective. Melee weapons are also difficult to program, although both Lowrey and Forsey invited the wider modding community to take a stab at it.

A big concern is what this new DLC will do to the mods that are already out there. Forsey admitted that Heroes of the Inner Sphere “may break some [mods],” but quickly added that PGI is talking with the mod community to ensure that the DLC’s arrival causes as little disruption as possible. 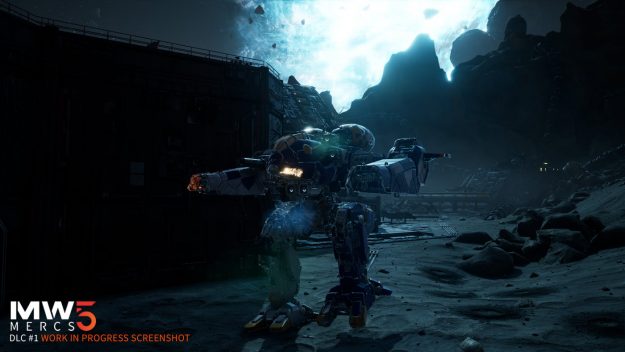 And before I sign off a few quick hits:

Oh, and last but not least: no, we don’t have a release date yet. We are well past the initial June target thanks to COVID-related delays, and the livestream footage made it clear there are still a few ingredients that need to be tweaked before this DLC is done cooking. Hopefully, we’ll get a release window by the time the August News Dump hits.

10 thoughts on “MechWarrior 5 DLC, Heroes Of The Inner Sphere, Previewed In Podcasts And Streams”