Hot on the heels of Harebrained Scheme’s tactical RPG BattleTech comes Piranha Games with MechWarrior 5: Mercenaries. Best known for their development of MechWarrior Online, Piranha is taking a departure from its free2play, multiplayer business model and betting big on a single-player, blockbuster release. Announced at MechCon 2016, many aspects of the game are still well under development, but we take a look at what we do know about this sure to be hotly anticipated title.

MechWarrior 5 will take place in the year 3015, during the Third Succession War. The player starts out as a rookie MechWarrior working for a down-and-out mercenary company that over the course of your career grows into an elite fighting force, taking the most difficult contracts for the Inner Sphere’s great houses. The game then takes players through the Fourth Succession War, and leads right up to the Clan Invasion of 3049. This gives players a fantastic slice of BattleTech history to experience while also leaving the door wide open for a Clan focused sequel. 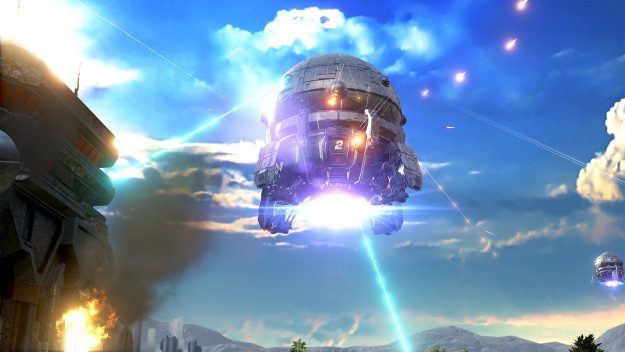 Fans of previous installments of MechWarrior: Mercenaries know that while a story-driven campaign is nice, for a true merc it’s all about the loot. Russ Bullock, founder and president of Piranha Games, reveals in an interview with PC Gamer that MechWarrior 5 will feature a dynamic salvage system which will allow skilled pilots to carefully dismantle their enemies for extra weapons and components at the end of a contract. Expert pilots can even snipe the opponent’s cockpit, not only killing the pilot but also leaving the disabled ‘Mech as extra bounty. This sort of system has always been promised in earlier MechWarrior titles, but never quite fully delivered, and it’s our hope that Piranha nails this essential aspect of Mercenary life. 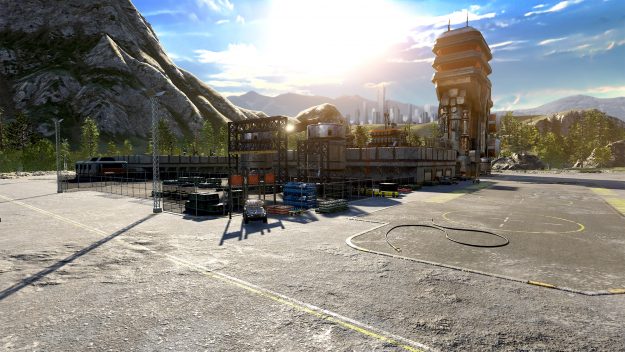 The managerial experience doesn’t stop at hunting for salvage. MechWarrior 5 will be as much business simulator as ‘Mech combat simulator. As Russ Bullock tells PC Gamer, “Our goal is to create a very in-depth manager experience. It’s sort of like taking […] Football Manager wrapped over top of MechWarrior 1.”

Repairs, hiring pilots, and travel costs to and from contracts will all need to be factored into what contracts you take and which you pass by. Everything will have to be viewed through the lens of risk versus reward; do you take the risky contract with generous salvage conditions, or do you play it safe and take an easier contract in the hopes of saving up enough c-bills to purchase new ‘Mechs on the open market? As Russ explains to PC Gamer, “I think 95 percent of MechWarrior players will never have had this much freedom when it comes to where and who they fight for.” 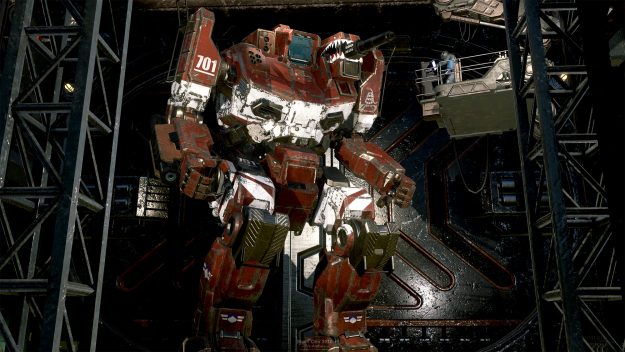 What ‘Mechs will be available so far remains a mystery. MechWarrior 5’s trailer shows a Shadow Hawk and a Raven, but beyond that we can only speculate. We can however surmise that it is likely Piranha will port over existing ‘Mechs from its roster in MechWarrior Online, as the similarities between the Shadow Hawk and Raven models would seem to indicate. Also reported in the PC Gamer article are possible limitations on how ‘Mechs can be customized. Bullock explains that, “while no final decision has been made, MechWarrior 5 is looking to focus more on a ‘variant-based free market system’ that guides how ‘Mechs are outfitted,” giving each chassis a feeling of uniqueness that can be lacking somewhat in the cookie-cutter builds seen in MechWarrior Online. There will however be multiple variants available of each ‘Mech, likely similar to if not exactly as described in the BattleTech technical readouts. While not providing the “anything goes” customization of previous MechWarrior titles, this will still provide players with flexibility in their loadouts while also preserving the essential individuality of each design. 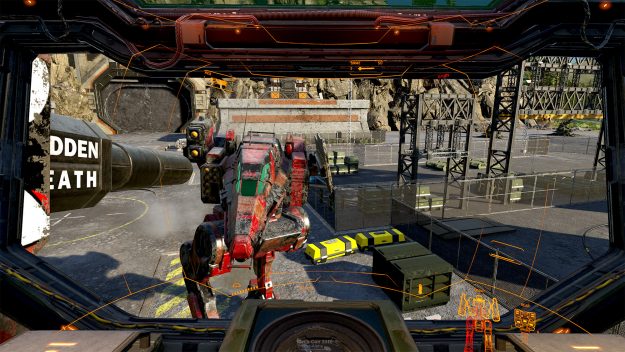 One thing that is certain to be unchanged from MechWarrior Online is the action.  “We don’t want to reinvent the wheel in certain areas,” says Bullock to PC Gamer. “If there’s one thing that almost everybody would agree on in our community is that one of the strongest elements of MechWarrior Online is the ‘Mech combat. It’s tight, it’s exciting.” However, MechWarrior Online has only ever held a small portion of BattleTech fans. Even Russ himself agrees that, “MechWarrior Online was, at most, half of the MechWarrior market. There’s a huge portion out there that’s just waiting for a singleplayer experience.” With a tentative release set for some time in 2018, avid fans will have to be patient while Piranha develops a game that returns us to MechWarrior’s roots. So far it looks like it’ll be worth the wait.

For more of Russ Bullock’s interview with PC Gamer, you can check out the article here.