The MechWarrior Online World Championship semifinals have begun! The qualifiers ended as of September 16th, and the top 12 teams in the world have officially been chosen to represent the best that MechWarrior Online has to offer for the World Championship. It was a grueling few months of near-constant ‘Mech combat, but after months of trials, the 12 teams have taken their place in the tournament’s double-elimination seeded brackets.

First, a brief explanation of the tournament structure as things are a bit different from last year. Rather than have a separate tournament for each region and then having the top team from each region go to the Finals in Vancouver, this year there are no regions and only the top 12 teams from around the world are invited to take part in the tournament. While this does mean that there are certainly more North American and European teams in the top 12 than Oceanic teams, it also means that those teams are on a much more similar skill level, which will hopefully produce some fantastic fights. 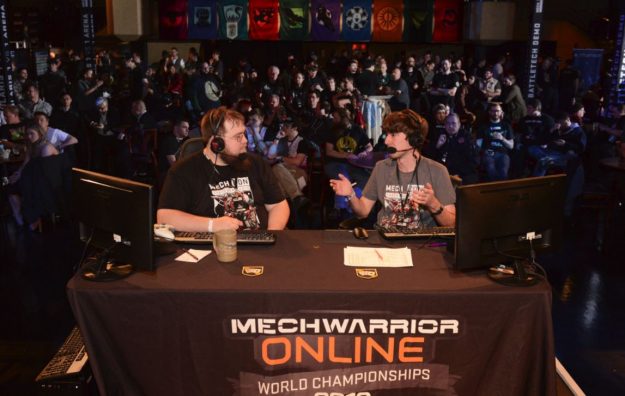 Also, rather than a large round-robin phase, the tournament has been simplified to be a seeded double-elimination structure. The top 4 teams will get a pass on the first round of fighting, and then it becomes a simple matter of losing twice and you’re out. This naturally means that the top 4 teams have a slight advantage as they have to play fewer games than everyone else, but it’s far from insurmountable.

Next up we have two teams from the massive MWO conglomerate 288th IBR, The Black Watch and The Wild Ones. The Black Watch finished third in the North American Division A standings with the MRBC, while The Wild Ones finished second in the Asia/Pacific Division A. Both are filled with veteran players that are sure to give any team they face a run for their money.

North America’s second place from Division A last season return to the World Championships, with the Steel Jaguars finding themselves opposite The Black Watch in their first match of the semifinals. The two teams faced off against each other twice in the previous season of the MRBC, with each team achieving a single victory. It’ll be interesting to see if any bad blood remains between the two North American juggernauts.

Dropship Five appears to have also made the semifinals, which comes as no surprise to competitive ‘MechWarrior fans. Dropship Five had an amazing performance in the MRBC’s season 9 and took top honors in North America. They’ll definitely be a team to watch as the tournament progresses.

The fourth team from North America Division A, and finishing fourth in season 9, is Osiriz. Their first year at the MRBC established themselves as a team not to be trifled with, and their appearance at the World Championships cements their reputation. Osiriz will face Dropship Five in their first tournament match, and once again both teams have an even record against each other. Who will emerge the victor in their third face-off is anybody’s guess.

Our second purely European team to make it to the World Championships is The White Death Mercenary Company. They had a fantastic 9th season with the MRBC, finishing third overall in Division A. A strong team with an even stronger history will surely go far in the this year’s tournament.

We have a pretty amazing upset for our next team to reach the World Championships; Division B Stalwarts Phoenix Legion have achieved enough victories in the qualifying rounds to secure a spot in this year’s tournament. The only Division B team to make it to the semifinals, one simply can’t help but root for the underdogs. Let’s hope they continue to impress. 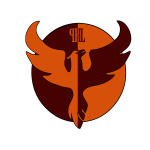 The next team to make the Worlds is The First Jaguar Guards, our second Asia/Pacific team to prove themselves worthy. The First Jaguar Guards did not take part in season nine of the MRBC and, judging by a quick Google search, that could be owing to some internal drama within the team. However, they placed first in the A/P region the three previous consecutive years, so this is definitely a team not to be taken lightly. Let’s hope that whatever internal strife that was present is long over and the team is ready to focus on their tournament run.

Europe’s dominant force, Eon Synergy, has once again come to the World Championship, and this time they’re hoping to bring home the crown. They had a commanding performance in the European rankings with the MRBC, only losing nine of their fifty total games. They lost to last year’s champions, Empyreal, in the final round of the tournament, and I’m sure they’re gunning for the top spot this year. 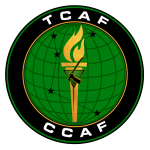 Europe’s fourth-place team in season 9 with the MRBC, the Tikonov Commonality Armed Forces, have also found their way to the World Championships, and they’ve achieved enough victories in the qualifying rounds to be placed in the top 4, giving them a by in the first round of matches. That’s quite the turnaround for a team that had a losing record in the previous MRBC season. Let’s see if they can keep that momentum going as we head into the semifinals.

And finally, last year’s world champions have returned to defend their crown: Empyreal. This team was an unstoppable force in the previous tournament, but a year has gone by, and while most of the teams heading to the World Championships have been practicing constantly, Empyreal did not take part in season nine with the MRBC. Will their lack of tournament exposure dull their skills, or will they once again stomp every team put before them?

This year’s World Championships is shaping up to be the most exciting MechWarrior Online competitive tournament to date. We’ve already had one match played between Russian Jade Falcons Spike and The Wild Ones, with RJFS emerging victorious after three extremely tough fights. If this game is any indication, this will certainly be a World Championships for the record books.

The schedule of games can be found on the World Championship website here, however the exact dates are a little up in the air right now due to some scheduling issues between the teams. We should have a clarification on the dates shortly, so keep your eyes peeled for when next to tune in to the Piranha Games Twitch channel for more giant robot action.