An Anticipated Title Seems to Be Having Some Difficulties 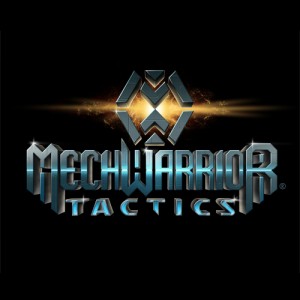 There seems to be confusion and worry about the possible abandonment of a to-be exciting addition to the BattleTech universe.

MechWarrior: Tactics was an in-browser free-to-play game that has been under development for several years. Several known gaming web sites and magazines even featured the game in various articles, showcasing something akin to a simplified version of a three dimensional version of the board game, complete with weapons fire effects and damage modeling. The game was being developed by Blue Lizard Games, and to be published by Infinite Game Publishing.

The announcement and subsequent articles of the game caused somewhat of a stir in the BattleTech community, and for the most part many were awaiting for this game to be completed.

The game seems to have gotten to a fairly advanced stage, and a closed beta had started. Players were invited to pay to play in the beta, some paying up to $120 USD to partake in the beta. After some initial successes and after a public stress test in August of 2013, the developers via their Twitter and Facebook page stopped posting as many updates, petering out in November of the same year.

Worries by Supporters and Development Woes

Since November of 2013, communications from the developer has ceased via all forms of contact. Their main page currently is stating:

We are currently in an extended maintenance windows, working hard on moving to a new hardware infrastructure. ETA is currently unknown please come back check back in 72 hours for more information. Sorry for interrupting your combat!

To this day many supporters are posting to the MW:T Facebook page asking for status updates and/or inquiring as to if they would get their money returned.

On September 2nd of 2014 a fan asked Blue Lizard Games on their Facebook page as to the status of the game. BLG stated that they were removed from the project in December of 2013. This left many people posting in dismay as to their investments in the game to have been gone and wondering what to do to get their money back. Even worse, several members of IGP have departed the company and formed their own company, leading some to believe that the game is now effectively dead.

While the publisher does not seem to want to discuss the game and with no developer in sight, some mourn the loss to the community. However, many more have many unanswered questions as well as money invested into a game that now seems will never see the light of day.

27 thoughts on “MechWarrior: Tactics No More?”