Mech_Con brought a lot of fantastic new developments to BattleTech, but one of the most interesting ones was the introduction of a brand new ‘Mech born of a collaboration between Piranha Games (the makers of MechWarrior Online) and Catalyst Game Labs.

Called the Sun Spider, it’s a 70-ton OmniMech from Goliath Scorpion, a Clan we really haven’t heard from much recently until the release of The Wars of Reaving sourcebook. In it, we find out the ultimate fate of Goliath Scorpion, how they were abjured from Clan space and ultimately founded their own nation in the deep periphery.

But the Sun Spider comes before all of that, having been first conceived shortly after Clan Coyote introduced the OmniMech. It was shelved after the initial prototype proved to be too unwieldy, and only saw limited production during Operation REVIVAL.

The primary configuration of the Sun Spider comes equipped with an Ultra AC/10, one ER Large Laser, and a whopping four Streak SRM-6, making it extremely deadly to anything that gets within close range. The chassis itself runs at a standard 81 kph (which I’m sure will get bumped up to 86.4 kph if it ever gets to the tabletop), and 14 double heat sinks keep the ‘Mech cool unless the pilot decides to start alpha-striking like there’s no tomorrow.

I spoke with PGI’s senior game designer David Bradley while at Mech_Con where he gave me the Sun Spider’s amusing origin story. Since the release of the Roughneck, PGI had been thinking of other ‘Mechs they could bring to MechWarrior Online that was developed completely in-house.

He described the original sketches for the new design as a “TIE fighter with legs”, something that would surely land PGI in BattleTech’s second legal spat with the Star Wars franchise. The design was refined after handing it over to the renowned Alex Iglesias, who both brought the ‘Mech to life and imparted his distinctive style to save PGI from a lawsuit. 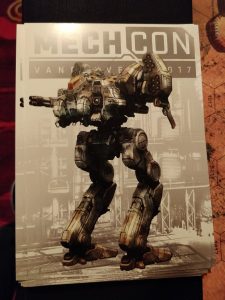 The next step was choosing a name. Originally the ‘Mech was to be called the “Manul” after a species of Asian wildcat. It was then changed to Sun Spider to better fit the lore of the ‘Mech, while Manul was kept as the name for the Hero variant.

Speakin’ of lore, PGI decided to take a different approach when creating the Sun Spider. Their initial in-house ‘Mech, the Roughneck, was a good first effort but just didn’t quite have the same feel as other machines in BattleTech. Let’s be honest, nobody wants to pilot a converted Industrial ‘Mech, which is why Dark Age wasn’t a very popular era in BattleTech history. To get that feeling of authenticity, PGI decided to team up with Catalyst Game Labs to see where they could insert the Sun Spider into BattleTech lore, and also get Randall N. Bills to write it all up. 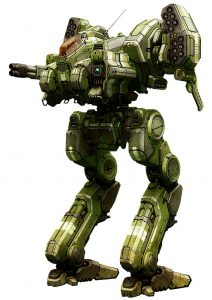 The final product feels just like an entry from a long forgotten Technical Readout, and has just the right tone and setting to feel like a natural part of the BattleTech continuity and not a fan-made ‘Mech roughly inserted into the universe. By using a little-heard-from Clan, PGI is able to attach that sought-after authenticity without needing to break any new ground.

You can read up on Star Colonel Tabok’s experience in Manul on the MechWarrior Online website.

The Sun Spider is an interesting and unique addition to BattleTech, and one that helps flesh out the universe. I could see this design, and how it was created, touching off a larger debate on what is considered official canon in BattleTech, especially if it takes CGL some time to include this chassis in a new and official TRO.

What do you think of the new ‘Mech? Is the Sun Spider a fine new addition to BattleTech lore, or an unappreciated interloper on BattleTech’s hallowed ground? Let us know in the comments!