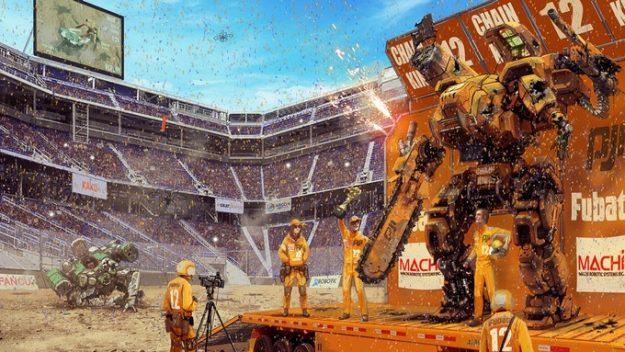 MegaBots has returned after their first ever successful international giant robot bout with yet another Kickstarter aimed at creating the world’s first Giant Robot Fighting Tournament.

You might remember MegaBots from their longstanding feud with Japan’s Kuratas creators, Suidobashi Heavy Industries. The two titans of robotics finally came to blows after a two-year wait on October 17, with the Kuratas taking the first fight and the MegaBots Eagle Prime taking the second. Although the fight fell a little short of our dreams for Solaris VII style gladiatorial combat, the video was watched over 20 million times across all its media platforms.

With that kind of viewership, MegaBots decided to take things to the next level and start a Kickstarter campaign to fund the next logical step: the creation of an international league of giant robot combat.

Billed as the world’s first Giant Robot Tournament, it would see competitors not just from America and Japan, but also China, South Korea, Canada, and Australia. The Chinese already have two fully completed robots: the Fighting My Bots Yamantaka and GREATMETAL’s Monkey King. No word on what giant robots the other countries have in store, but hopefully the Canadian entry is a giant mechanical beaver that fires maple syrup.

What? I’m allowed to say that. I’m Canadian. 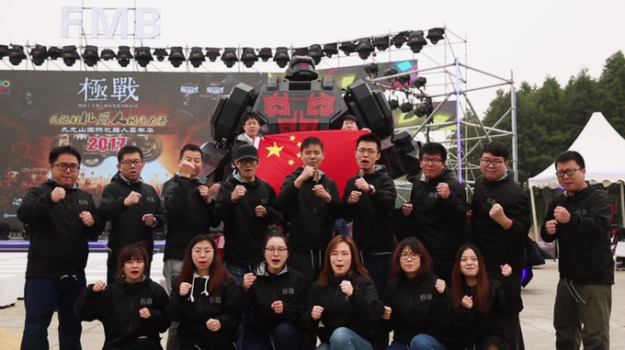 MegaBots has got a steep hill to climb though. They’re asking for $950,000.00 in funding, and say that if they can’t meet that as a minimum they’re going to shut their doors for good, forever ending the dream of giant robot combat. They say the cash is needed to help other teams enter the sport with footing the cost of R&D, which MegaBots will help out with by making their schematics for the Mk.II Iron Glory open source. That means anybody with a bunch of spare parts and some engineering know-how could make their very own combat capable ‘Mech.

Some of the stretch goals include creating a comic book series, an 8-team battle royale, and at $5 million, the holy grail: actual walking ‘Mechs.

They’ve also got some artists’ renditions of the tournament that seems straight out of a Solaris VII TRO. I’m guessing part of that money will be spent on figuring out how to have a live audience anywhere near a combat zone without getting killed. 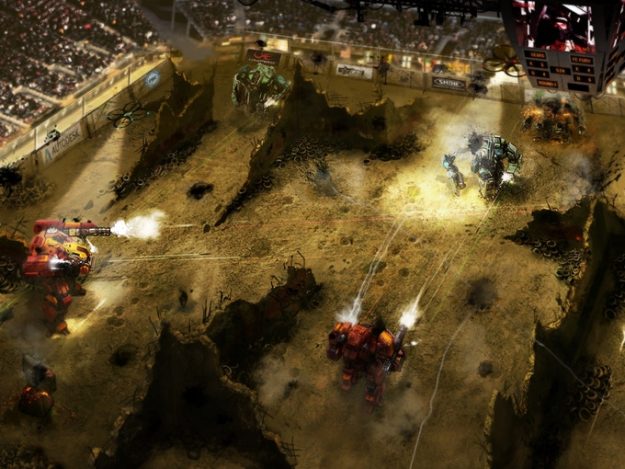 So far they’re at a little over $30 grand, so a bit of a slow start, but hopefully things pick up when the word gets out. And if you’re the type to support giant robot fighting (and I know you are) there’s some cool merch available for backers too.

So what are you waiting for?! Be the BattleTech change you want to see in the world!