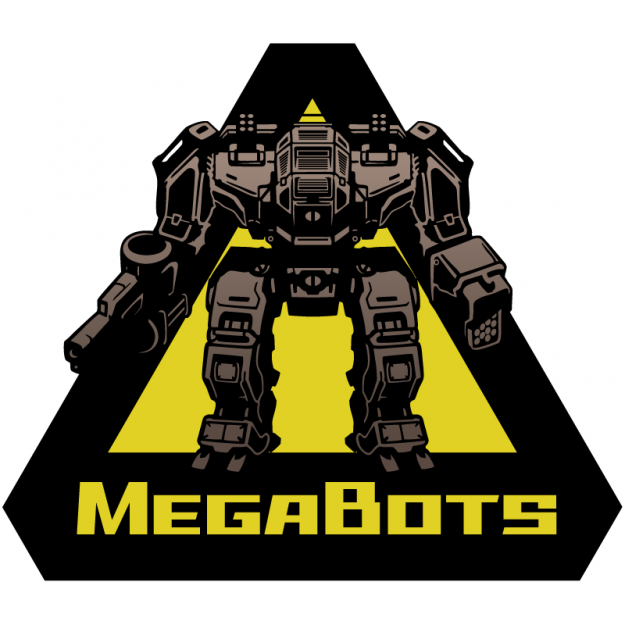 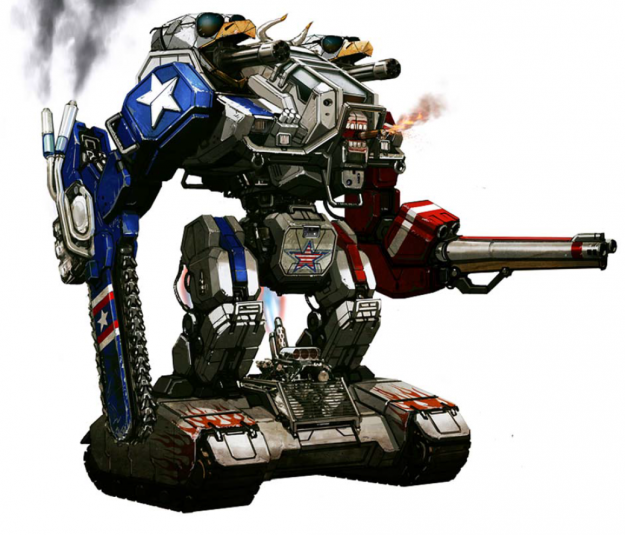 Here’s some of the crew:

Howe & How Technologies: Creators of the world’s fastest tracked vehicle are developing a custom track base for the hybrid-legged Mk.II that is projected to be up to five times faster than the model was previously; and twice as fast as the current incarnation of Kuratas (the spec’d speed of the Kuratas this is nearly twenty mph). It doesn’t sound very fast, but at about six tons, melee combat is going to feel like a series of car accidents to the robot occupants.

IHMC Robotics: First runner up in the DARPA Robotics Design Challenge is working on the balance system so the unit stays upright in combat and rough terrain. Think of them as in charge of the mech’s gyro stabilizer.

FonCo Creative Services: Has produced art and design work for over thirty feature films, including Guardians of the Galaxy and Terminator Genysis. They’re the ones making the MegaBot into six tons of ‘killer pretty’.

David Lavery leads NASA’s Telerobotics Technology Development Program. He and other NASA engineers are going to be evaluating ways to keep the occupants safe. “I’ve worked on every robotics system to ever drive on the surface of Mars. We’re looking at how we
might use NASA technologies to help keep these guys safe when they take a punch.”

Grant Imahara: The Mythbusters and Industrial Lights & Magic alumni as well as champion for robotics nerds everywhere is a treasure trove of practical applications and troubleshooting knowledge. (Not to mention a definitive screen presence) He has joined the Board of Advisers and acting as a public liaison, but I wouldn’t be surprised to see him ‘under the hood’ either. “Seeing giant fighting robots has always been a personal dream of mine, which is why I’m going to do everything possible to help make this happen,” said Imahara.

BattleBots: Co-founders Greg Munson and Trey Roski also joined the Board of Advisers to consult on the entertainment side. In other words, how to make the bout as entertaining as possible. “America, this is your robot. It’s time to kick in and help support this cause.”

Peter Diamandis: Is the founder of the X-Prize; the nonprofit program that encourages technological development of mankind. You might remember the Ansari X-Prize competition of 2004 to produce a cost-effective, reusable sub-orbital aircraft. He is also involved, and there might be more partners and advisers to come. He has said, “By supporting this competition not only are you helping America win this challenge, but you’re going to be moving the entire field of robotics forward,” Diamandis said. “I believe in innovation and I believe in competitions driven by innovation and that’s why I started the X-Prize.”

The American team is now taking the fight to Kickstarter. “We’re building the science fiction sports league of the future, one giant robot fight at a time,” said Gui Cavalcanti, MegaBots CEO. Matt Oehrlein added, “If you want to pilot one of these monstrosities – and believe me, you do – Kickstarter is the way to do it. This is your chance.” 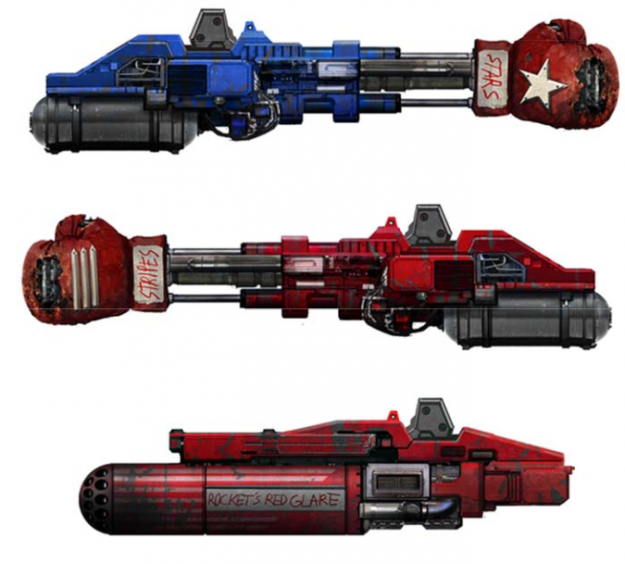 A few of the modular weapons packages. Move over Real Steel.

The rewards seem to be aimed at fan participation as well. Test piloting, handling the weapons and punching a car suspended on a chain like a six ton Rambo are all on the table for $1,000 to $5,000 backers. Remember that the MegaBot was never originally designed for melee combat, so I imagine a lot of melee testing and balancing will be necessary. Presumably there will be a long scale of backer awards for every budget.

The aim of the Kickstarter is to raise at least $500,000 for basic armor, speed and power upgrades. There are incremental levels of funding goals to meet to unlock various upgrades to the Mk:II. The ceiling so far is set at $1.5 million; at which time the bot will get a Hollywood makeover.

MegaBots is tapping into a source of national pride with this rivalry. And given Japan’s giant robot culture, I can only imagine what team Suidobashi is up to counter the US effort. Stay tuned to find out!

Check out the Kickstarter here.