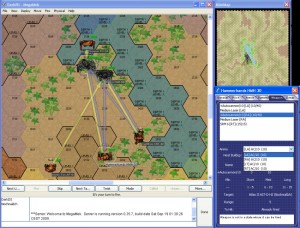 MegaMek is a freeware utility that simulates an actual BattleTech game using current rules.  Using it, you can play with units from ‘Mechs to Vehicles of various sorts and infantry.  Virtually every unit made is in the system.  Perhaps you’ve heard about MegaMek, but haven’t taken that plunge.  So let’s look at the program.

The Java platform enables you to play against others or against the AI.  The first time you load it up, just click on Start a New Game and type in your name to be taken to the interface.  When you click on Add a Combat Unit, you can see all of the various units available.  Choose one to add to your force.  I grabbed an Archer.  (You can filter units by era, rules list, clan vs. Inner Sphere, type of units, and weight)  Now double click the added Archer to select it.   Not only can you set your pilots’ piloting and gunnery skills, but also give them various traits from sourcebooks such as Hot Dog or Edge or Manei Domini implants.  If you have the option selected, you can even give them the unit quirks as well.  You can add a Bot to run some units or other players can add units for themselves. 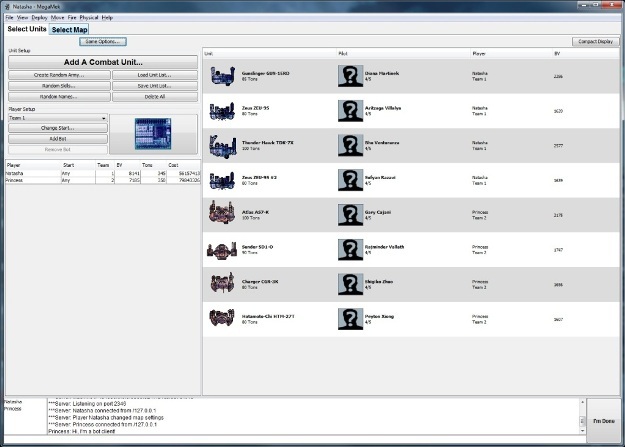 Each side has selected an Assault Lance to face off. (Image courtesy of Skye Rangers)

Now close that and click on Game Options.  Here you can choose what rules you want.  Maybe you don’t want infernos to be as effective against tanks or you want to use the old rules for partial cover.  Do you want to use optional rules from various rulebooks? You can pick and choose based on how you like to play.

After that, head to map options.  Everything with maps serves your preference, from map size to special conditions, such as time of day, temperature, gravity, and weather.  All of the official maps are in the game, as well as many unofficial ones.  Plus, you can click on Generated Map Settings and randomly generate a map with those settings.  It determines how much water, trees, roads, rubble, buildings, elevation, swamps, and more to include on the map. 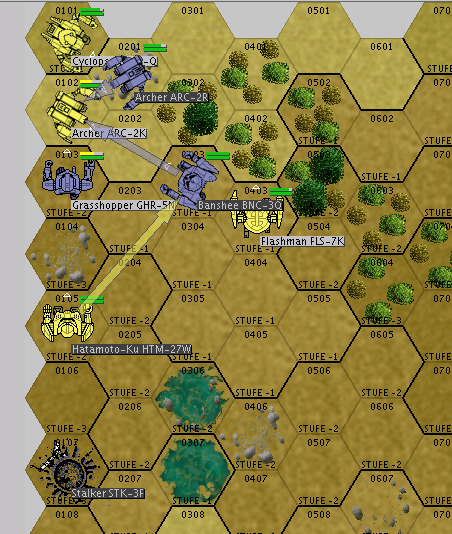 ‘Mechs firing after pinning foes into a corner. (Image courtesy of Starocotes)

The result is a utility that is fully flexible to your desires.  You can play any units you wish, any rules you desire, and any map you need.  You can even create your own units in other programs and save them for use in MegaMek.

The best part about MegaMek is that it rolls all of the dice for you.  It speeds up longer battles.  No more rolling dice, and knocking other three miniatures on the board.  You can play against other people online, including friends.  Just one person has to host, and then the others connect in.  If you play against the AI for fun and ‘Mech Stomping Fun, the AI is adequate, but not anything good.   If you have been playing a while, you can defeat it easily enough.

Like many free utilities, there is a current stable version as well as a development version that adds more features but it a bit buggy.

Both the latest development and stable versions of MegaMek may be found here.

I have played hundreds of games with MegaMek, and it’s a blast to play.  The interface is quite good.  You can save games and come back to them or just log in to observe another game.  So download it and get your game on!