Do you want to scratch that BattleTech itch?  Do you want to play against people with the classic wargame?  Hopefully you have gotten a chance to download MegaMek and play around with it, because it will heal those desires.  Now that you have your feet wet, you might want to play other people online.  Perhaps you have grown tired of just one game here and there and want something more challenging.  That’s where MekWars steps in.

MekWars is another freeware client for MegaMek.   It creates an online strategic campaign for you to play.  Multiple people can log onto MekWars, purchase mechs, buy staff such as techs, and then load up and play each other using MegaMek as a client.  After battle you have to repair damaged units, salvage opportunities for ‘Mechs claimed, and more.  MekWars allows you to play in a campaign with many others online.

Each player joins a group of other players.  Typically these are associated with the Great Houses, so you represent a unit in the Free Worlds League or Draconis Combine and so forth.  You can acquire units that only your group has access to.  Then you fight against another on a given world. 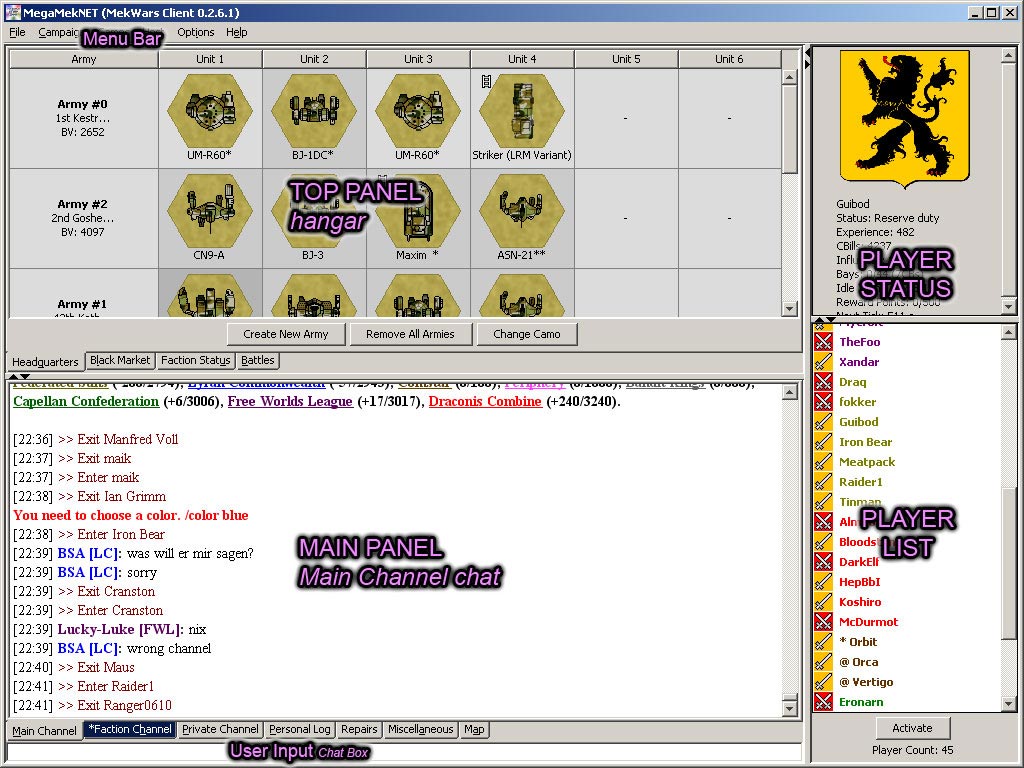 There are a variety of attacks available.  For example, three options are to try and capture a world, raid a factory or fight a skirmish.  You select a world to attack and then you fight your foe over it.  The results of the battle will change the universe slightly.  A capture mission might allow your faction to control part of the world.  If you capture enough of it, then you gain that world.  Should the world have factories, now they are yours to operate.  You can also use this newly captured world as a base of operation to move more deeply into enemy territory.

As the game progresses, some factions will push massively into the space of others, and the campaign progresses, with some fighting defensive campaigns and others offensive ones.   You also have to balance a limited amount of space (called bays) for your units.  Missions are restricted by battle value or unit type, and many battles involve just a lance of four mechs or tanks.  Veteran players might only have 16 or 20 ‘Mechs total in their bays, plus infantry, fighters, and vehicles. 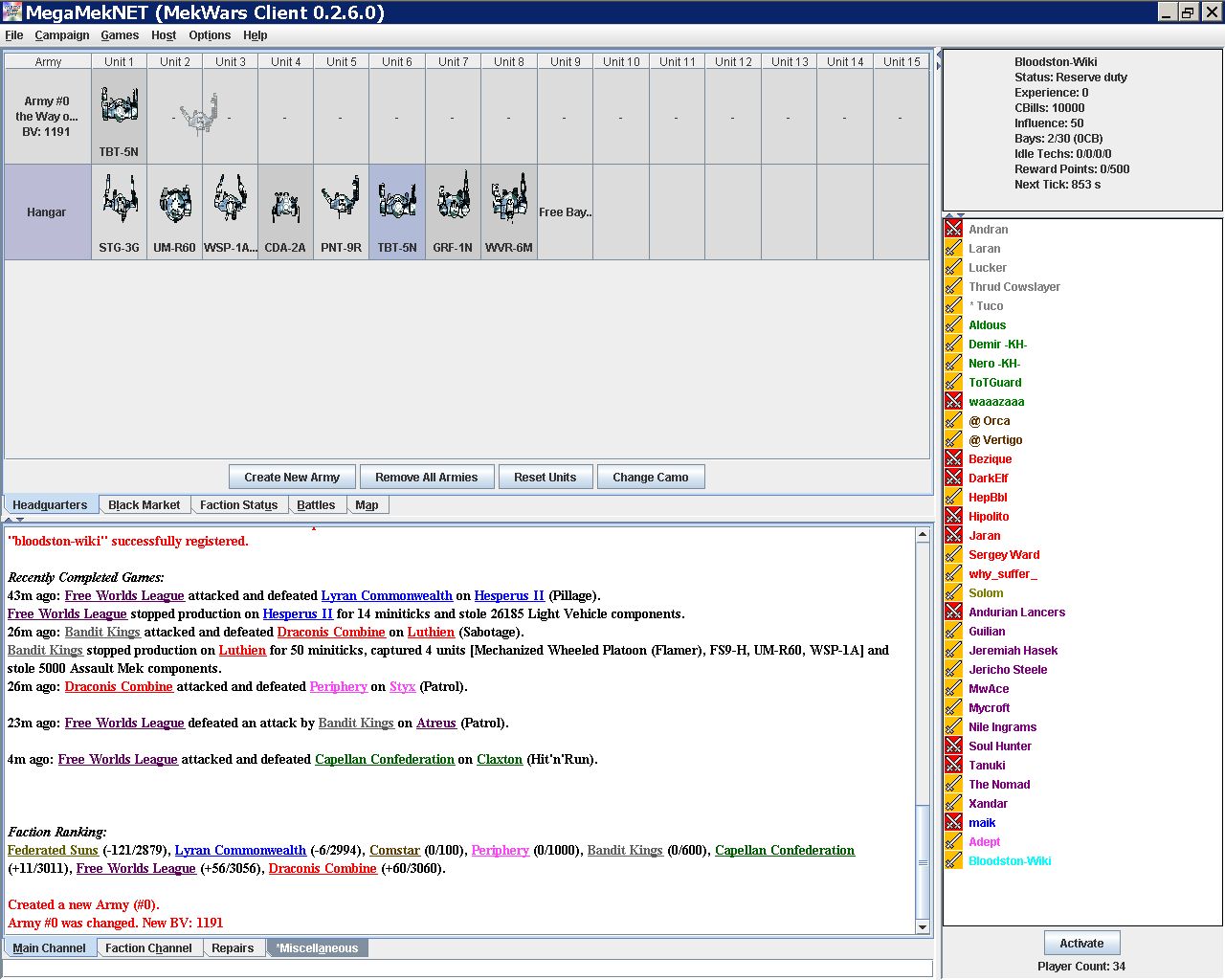 MekWars enables you to take your BattleMech experience to the next level.  Right now there are several MekWars campaigns you can join.  This allows you to play the classic wargaming BattleTech right now if you want.

You usually have to download a separate client for each campaign.  Just download their MekWars +  MegaMek client (which they already set up) and then load it up.  Here is a list of active campaigns.

If you want the older, 3025 style campaign with mechs from that era, I recommend MegaMekNet.  I  have rocked several campaigns of MMNet.  It has a lot of good people who are willing to help out someone who may have questions about interfaces and how things work.  Another very active campaign is the Legends Campaign, set much later in 3067.  If that period’s flavor is more to your liking, then Legends is a great server as well.  Both of these are quite active, with many players, and a lot of opportunities to dial up some BattleTech.

So choose your side to join as war engulfs the Inner Sphere; you are needed to crush the opposition under your steel heel.