So MekTek is back, apparently.

I should back up a bit. For those who weren’t as big into MechWarrior 4 as I was, MekTek is a collective of MechWarrior fans that got together to make their own development studio.

Their first great accomplishment was the MekPaks, a series of unofficial expansion to MechWarrior 4: Mercenaries. These greatly expanded the number of ‘Mechs you could pilot in the game, and some of my fondest memories in MechWarrior 4‘s Solaris matches was me running around in a Tenchi. I loved that thing, even if it wasn’t a “cannon” design. 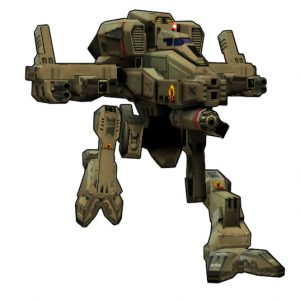 Their second great accomplishment was acquiring the rights to MechWarrior 4: Mercenaries and then freely distributing it on their website. For a time, anyway. You can’t download it for free now, and even if you could, getting it to work on a modern PC is a bit of a technical nightmare.

After MechWarrior 4 had run its course, MekTek moved away from the BattleTech franchise to make a stand-alone game using the Heavy Gear license. Called Heavy Gear Assault, the game was released on Steam Early Access way back in February of 2017. I’ve never played it, but the Steam reviews are mostly negative saying that the game’s servers have shut down and you can’t actually log in or create an account.

Heavy Gear Assault stopped receiving updates in August of 2017. Since then, nothing. Not a word on the MekTek Facebook, LinkedIn, or official website.

But now, all of a sudden, MekTek has returned.

About a month ago, a Reddit post announced the return of the MekTek Discord server. I’ve been lurking there for a little while trying to see what’s going on, and from what I can tell, MekTek has big plans. The scuttlebutt is that they plan on bringing MechWarrior 4: Mercenaries back from the dead, updating it to work on modern hardware, and re-establishing MekMatch to give the game multiplayer capabilities.

Just a few days ago, another post on Reddit (and in the MekTek Discord) announced the return of MekMatch. Now if you’ve got a working copy of MechWarrior 4: Mercs you can take your big stompy robots into battle online once again.

My sources (and by that I mean me lurking in Discord) tells me that MekTek even plans for yet another MekPak expansion for MW4: Mercs. MekPak 5 is due sometime later this year.

Mechwarrior 4 Mercenaries - The Mechs of Mektek Part I
Watch this video on YouTube.

And that’s all I know. I’ve been trying to reach out to the studio heads to see if I can get more, but they’re all too hard at work to answer my messages. I don’t blame them, but I certainly would love to know when I can re-install MechWarrior 4 without needing a degree in computer science.

Might MekTek also tackle MechWarrior 5 and its nascent mod editor? Maybe. I haven’t heard anything about that, but it certainly seems within their capabilities.

Anyway, I’ll be sure to continue my lurking and will report more on this exciting development as I learn more.

41 thoughts on “MekTek Is Back”