The year is 3025 and the BattleMechs are worn.  An Inner Sphere tired of the beleaguered centuries of the Succession Wars is about to enter another.  It is a time to make your mark, not in a corporate office nor on a campaign ticket for a Senate seat.  You stake your claim to history on the battlefield.  Welcome to MegaMekNET, the free online campaign set in Succession Wars.  This is one of the oldest MekWars servers out there, with an established player base and rules set.  If you have been interested in trying out MMNet, you can see a walkthrough as we create a character and play some games.

In addition to the website for MMNet which has the download and other information, there is a wiki that goes over many of the rules and concepts for both this server as well as MekWars generally.  Like all volunteer projects, it’s a bit out of date, and the forum has many up-to-date pieces of information.  I ask questions generally and get a lot of responses; people are very willing to answer newer questions.  As one of the flagship MekWars servers, they are used to questions.

The beginner’s faction for MMNET is Solaris. In order to defect to another faction, you have to prove that you know what you are doing, and that means you have to have at least 100 Experience Points (XP) before moving on.  That usually takes between two and three battles.  Of course, you can stay in SOL longer.

Here you can register any name, so I took “Abe.” (Which I have used before a few years ago).  You get your units in SOL free of charge, and after any battle with them; all of your units are automatically salvaged and repaired, no matter who won or what their state.  There’s even a button to hit to respawn your units if you want to try out a different slate of forces.  I create a lance of the Ostroc, Ostsol, Marauder, and Rifleman and send it out for battle. 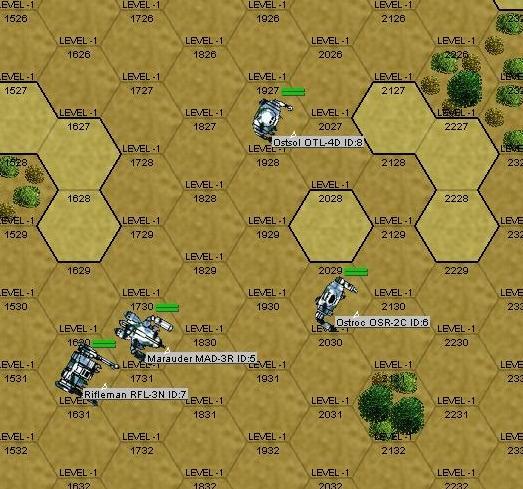 I begin to close and see my foes in front, with pirate flag paint jobs.  They are about to get smashes by my forces, as we close in. 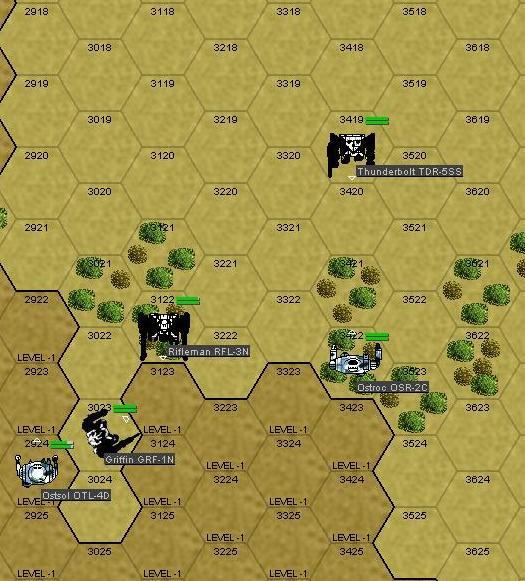 However, despite our valiant efforts, we lost to these miscreants.  I gained 50 XP though, and hat put me strongly on track to finish out of SOL.  I build another army with some tanks and ‘Mechs and play two more battles, winning one and losing the other.  Despite this less than sterling 1-2 record, I begin to look around for a place to defect too.

Meanwhile, I begin to watch a few matches.  Watching people play is the best way to learn tricks.  Even after playing the wargame for more than 20 years, there are still things I don’t know.  MekWars has two major currencies – C-Bills for purchases of personnel, bays, and units; and influence that is used to launch various operations or purchase items.

As it came time to choose my new home, I decided on Periphery.  I would not recommend either the Periphery or Caps as your first home – they have weak economies and industrial support.  The other four states are much better for newer players.  Stay far away from Mercenaries until you are very good at the game, it’s very hard to be a mercenary. 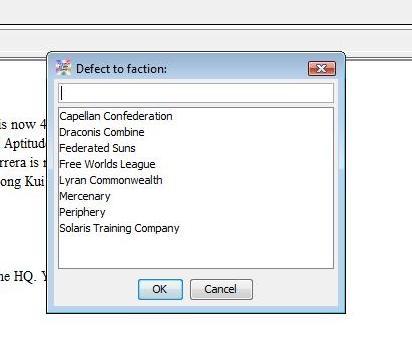 And that’s a quick walkthrough of MegaMekNET.  You can see how to start a campaign, how to fight, all the way through defecting.  Nothing is stopping you from downloading the software and getting started today!