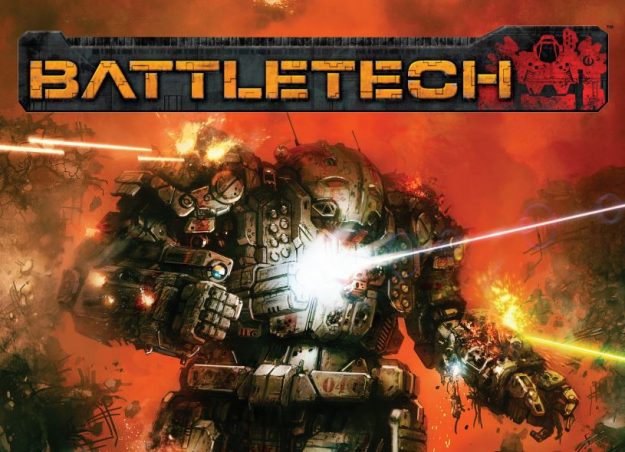 Last month we got to talk to Brent Evans, lead developer on BattleTech, who gave us a tantalizing look at what we could expect for 2018 but tragically left out many of the details. Now the CGL website has filled in a whole lot of blanks, and we’re very much looking forward to these releases.

We got a lot of ground to cover, so let’s hop to it! First up, the Beginner Box Set. Priced at an affordable $19.99 and coming third-quarter of 2018, this will be a fantastic first step into the BattleTech universe.

Even for veteran players there’s a few great reasons to pick this baby up. First is the two brand new miniatures that come with it: the Griffin and the Wolverine. It looks like the Griffin is unique to the Beginner Box Set, so the only way to get it is by buying one. It’ll also come with the all-new 48-page novella by William H. Keith Junior. The title has yet to be released, but CGL says it’ll be “a prequel to the Gray Death Legion saga featuring Carlyle’s Commandos and Durant Carlyle.” Sweet.

Next comes the real McCoy–BattleTech: A Game of Armored Combat. This bad boy will be $59.99 but will come with eight new miniatures: Awesome, BattleMaster, Catapult, Commando, Locust, Shadow Hawk, Thunderbolt, and Wolverine. That 48-page novella is included as well as the full rules, a 16-page universe primer, Alpha Strike cars, and 2 new maps. 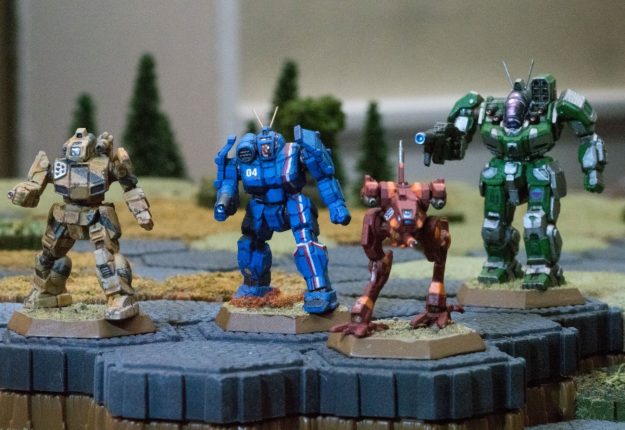 Coming up next, Shattered Fortress, the all-new book dealing with the IlClan. “As the nations and Clans of the Inner Sphere struggle for survival, the Republic of the Sphere and awakened Exarch Devlin Stone face enemies at their doorstep. Will the Dark Age give way to a new dawn — or an endless nightmare? The epic story begins here!”

It looks to be a sourcebook based on the way fiction novels are categorized later, but it’s a little unclear. I’m sure it’ll become when Shattered Fortress is released later this year. 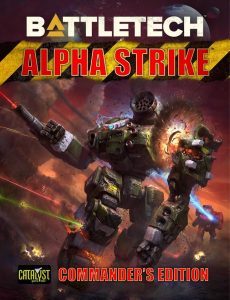 Speakin’ of fiction, there’s a bunch! For the printed stuff, Blaine Lee Pardoe is coming out with Forever Faithful, a tale that will apparently bridge Twilight of the Clans, through Dark Age, and even set the tone for the next era. Jason Schmetzer will see a release of his page-turning Embers of War, and Jennifer Brozek returns with book two of The Nellus Academy Incident trilogy.

There’s also going to be a new Print on Demand service arriving late in 2018 that will eventually (hopefully) allow you to order out-of-print products, and eventually even the BattleTech novel library (again, hopefully). There’s also new New PDF-only stuff: Touring the Stars, Spotlight On, Turning Points, as well as Brush Wars.

There’s even more details on the CGL page, and stay tuned for more concrete release dates!