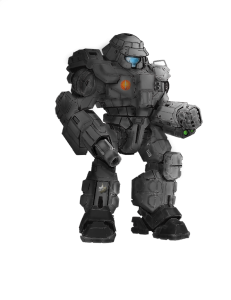 Hey MechWarriors! It’s been a long time. A few things happened in real life that really threw me for a loop, but I’m back now. Since it’s been so long since I’ve given you an update on recent patches I’m really excited about this. We have a lot of things to cover and we’re on patch number 1.2.231. So not only do I have a bunch of previous patch notes to catch up on, but I also have this latest patch to discuss. I know it’s a little late for this patch but I think that after playing the game for a good week I can evaluate the changes by playtesting them rather than just giving you my expert speculation on their impact.

The change log starts with, “The Top 10 Awesome things in this patch.” I’ll go down the list to quickly describe these changes. Then I’ll evaluate the changes to see if they’re actually important for the game and I’ll give you my take on their overall effect (10 being least useful, 1 being most useful).

Number 9: “Performance Improvements! We’ve been working hard at optimizing the code so 12 v 12 won’t hurt your frames as much.” I’m always a big fan of performance improvements. This is especially important for a guy like me who’s not running MWO on the best gaming platform at the moment (there’s a long story about my original rig overheating). Any performance improvement is good for the game in general as well as the existing player base. By continuing to improve the performance, you’ll continue to see a rise in the amount of players on MWO because they are able to play on less powerful systems. This one moves up to number 5.

Number 5: “Jump Jet Crosshair shake frequency has been reduced”: I’ve noticed that this one is a double-edged sword for me. The lack of shake frequency for Jump Jets will improve the accuracy and the overall viability of bouncing ‘Mechs for people who have really good gaming systems. This will make them more deadly in combat and possibly even give them a bigger edge against other gamers. On the otherhand, I wasn’t able to use Jump Jets effectively prior to this due to my lower-performance gaming rig, so the reduction of shake frequency finally makes Jump Jetting around in combat more of a viable option me. We will have to watch this one closely. I feel that Piranha Games will consistently go back and forth on this issue in order to balance the game. As the game’s performance, stabilization, and overall efficiency improves, this should become a lot easier to balance. But for now, expect more people to head shot you, kill you, and get away with it. This one goes to number 4.

Number 4: Testing Ground Map Selection – I really like this idea, and I really like this addition, but I’m honestly not certain how powerful and how potent this is. I say this because while the map selection is getting larger, a lot of the maps are more of the same. So many of the maps are designed for close-quarter battles (or due to lack of terrain variation, devolve into close quarters battles anyways). While the testing ground map selection will be very useful for clans and for getting to know the maps without worrying about dying horribly, I don’t think that’s the best reason for Testing Ground Map Selection. I feel that the lack of variety in terms of distance engagement and lack of overall maneuverability in maps filled with crevices and artificially created valleys in the middle of stalactites doesn’t really add any reason to test builds on the maps. And while tweaking your BattleMech in order to operate in different heat environments is nice, you’re already handicapped by the lack of ability to choose which map you’re going to play on . So what exactly is the point of testing out a high heat BattleMech so that it works just fine in a desert type environment but the random map selector puts you on a snow map? I feel that as time goes on this ability will become a lot more important for players. For now I’m not exactly certain why this is prioritized in front of things. This one goes to number 7.

Number 3: SRM Damage Buff – The SRM damage buff goes hand-in-hand with Jump Jetting BattleMechs. SRM damage buffing is interesting only because of the previous issue I mentioned of map selection (and/or lack of map selection). For some maps the SRM damage buff is going to be really useful (because you now have to choose between popping the SRM boat before it gets to close, or dealing with snipers). But on other maps it’ll make the SRM even more overpowered than it already is. I won’t lie, I prefer more maps that have the ability for maneuvering than many of the close-quarters maps that we already have. This is why I feel the SRM damage buff will be both helpful as well as a hindrance to overall fun in the game. It’s hard to feel you’re having fun when you build a BattleMech to deal with multiple situations that you can across, but you die instantly from a BattleMech that runs circles around you and only has SRMs. This is somewhat of a sticking point for me. I take that back, this is a rather large sticking point for me. But overall I am happy to see SRMs get a damage buff even though I hate BattleMechs jumping on top of me and dumping all their SRMs into my head.

Number 2: Streak SRMs Target Limbs – A lot of what I said about the SRM damage buff can be applied here as well. While Piranha Games only buffed SRM damage and did not apply it to Streak SRM damage, this change is actually a nice balance to the viability of the close quarter BattleMech. I also like that the targeting of the Streak SRM is almost just as likely to target my arm as it is my chest. The damn thing is guaranteed to hit anyways so a good way to balance it is to not give any specific weight to which area it hits.

Number 1 – Heat Scale Addition – Thank the Maker! This is a nice little tweak that still allows people to give good damage from an alpha strike, but it saves many of us a headache by limiting the amount of same weaponry they can carry and use while performing one. A BattleMech can carry as many ER PPCs as the pilot wants, but at least now the damage has to be staggered, even if it’s by fractions of seconds. This gives players just enough time (if they’re good enough) to react to the immediate alpha strike by torso twisting or sidestepping the rest of the incoming enemy fire. This also limits the amount of damage that sniper BattleMechs can put out by either forcing them to carry more heat sinks or by staggering their fire. I really like this addition and I hope they continue on with this type of balancing. It still allows you to mount what you want on your BattleMechs. It still allows you to put out good damage. But it increases fun by allowing your opponents and yourself to engage in counter-play, which is a great way to balance the game.

You can find the Patch Notes here.