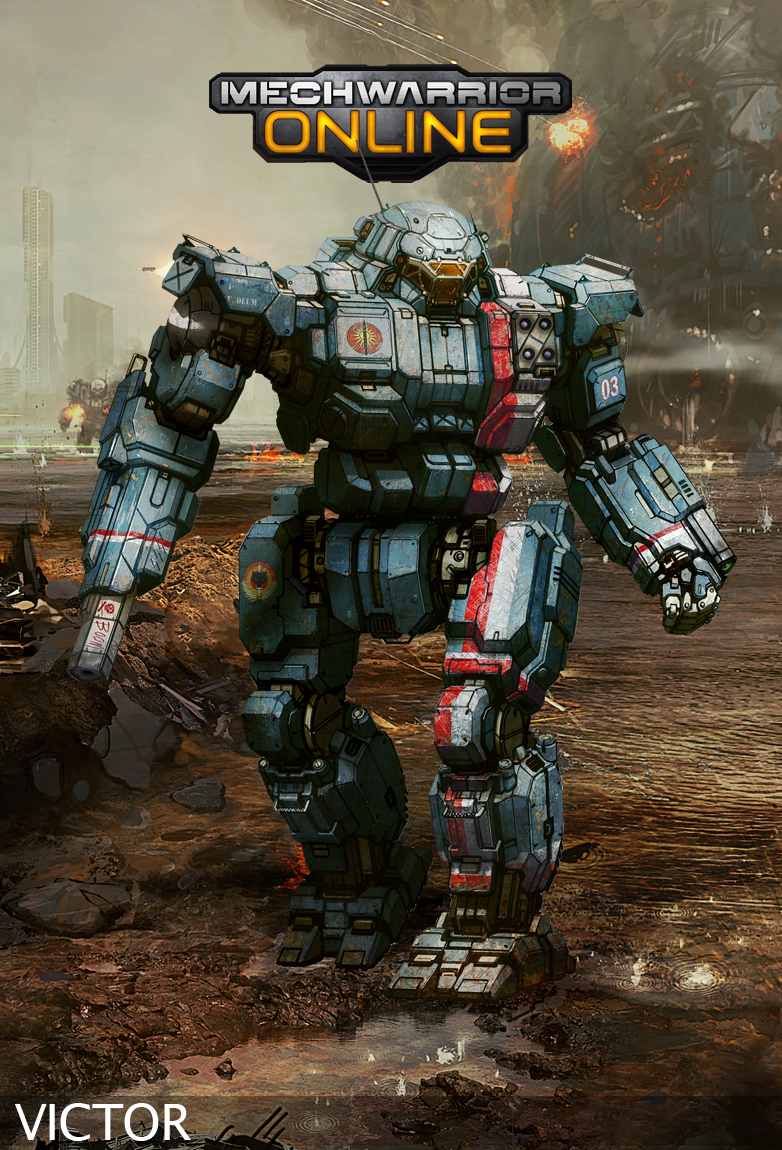 Excerpts from the Patch Notes

To start off, let’s talk about the Long Range Missile. The LRM buff was a much needed buff to the much maligned LRMs. While at a certain point LRMs were very much overpowered, currently LRMS were in kind of a slump due to angle changes. Raising the damage to 0.9 (up from 0.7) and the speed from 120 (up from 100) will hopefully bring LRMs back to where they should be: damaging and frightening, but not horribly overpowered. After another week of testing with my current missile boat (the boxy and easy to center core Awesome), I will let you know next week what I think about these changes.

A few other changes include the increase in the cooldown time on the PPC family. I think this is a fair change. From my perspective, sniping needs to be a high-cost high reward lance assignment. You need to be a great gunner, and any missed shots should really impact your DPS. Sniping with ‘Mechs like the Cataphract was just a little too easy.

On the flip-side of sniping, the changes to the Autocannon 5’s range and cooldown makes the weapon just that much more viable. A good Jagermech pilot can now rock your ‘Mech even harder, and this is what I expect from Autocannon 5 carrying BattleMechs.

Lastly, I’m really looking forward to using the UAV and Seismic. Well, someone using them on my team. I think these can be really big game changers, and counter the still very powerful ECM spam.

You can view the full patch notes by going here.

The Blackjack Customization ended on Friday, but it did allow players to add new skins to their wonderful 45-ton medium BattleMech. The release of this well loved BattleMech is definitely a great addition to the iconic lineup for current BattleMechs for MechWarrior: Online.

There are currently four variants of the Blackjack, all four of which are canon. These are the original BJ-1, BJ-3 (my favorite), BJ-1X and BJ-1DC. The BJ-1 carries the standard four medium lasers and two autocannons we expect from the Blackjack. The BJ-1X is a little too lightly armed for my liking and if you get stuck on maps with lots of water, the flamers just will not do enough for the damage you are sacrificing.

The BJ-1DC sacrifices the jump jets for more hardpoints and more weaponry. However, the addition of two small lasers and more heat sinks for the loss of the jump jet mobility is, in my opinion, too much to lose. On top of that, the extra energy hardpoints are in the left and right arms, which can be devastating if you lose one of those arms. However, if you want to make yourself an Inner Sphere Nova, there’s the option of eight medium lasers and enough double heats sinks to keep you somewhat cool.

For the Lore-lovers, remember that the Blackjack is a Federated Suns and Capellan Confederation (St. Ives Compact) BattleMech. It is produced by General Motors on New Valencia and Ceres Metals Industries on St. Ives. The BJ-3 variant is the Capellan variant, while all of the others belong to House Davion.

Personally, I’m excited to get my hands on a BJ-3. Some of this is from a fluff perspective; I am a Liao Loyalist through and through. That aside, the BJ-3 variant is in my humble opinion the best variant of the Blackjack. The two Ceres Arms Smasher PPCs are just too good to pass up. For refitting, changing them to ER-PPCs makes the 45-ton Blackjack an excellent sniper along with its jump jets. Not only that, it will not suffer from ammunition explosions like the other Blackjack models nor is it weighed down by the heavier weight of autocannon 2s.

One variant I may eventually try is three ER Large Lasers and an extra double heat sink in the place of two medium lasers and both PPCs. While this lowers per-weapon DPS, it has a higher sustained DPS of the duo ER-PPCs four medium lasers. The cooling efficiency is also slightly better.

Unfortunately, I’m going to be passing over the BJ-3 in order to save up for one of my favorite ‘Mechs of all time: the Victor!

Now revealed as the 20th BattleMech for MechWarrior Online, the Victor is preparing to be released to the general community. This 80-ton BattleMech is a mainstay of BattleTech and a general BattleMech for many nations. Originally developed during the Star League, the 80-ton Victor is a workhouse BattleMech that has seen many variants to its name.

In the MechWarrior Online timeframe (3049), many nations have access to the Victor. This makes it easier for many roleplaying Houses to acquire and use the Victor. The iconic developer would be the Federated Suns (hence Prince Victor’s namesake), but the Draconis Combine and Capellan Confederation both use and produce the Victor. In 3049, the Capellan producers are technically opposed to the Confederation (one being on Styk and the other being in the St. Ives Commonality), but that should not stop any Capellan units in MWO from using the design.

Like any BattleMech release, we can expect to see a few variants of the design. The original VTR-9B Victor carries the venerable and devastating AC/20 with short-range back-up weapons. Since this variant carries all forms of weaponry, I would expect to see many different changes. Expect maybe LRMs to replace the SRMs (therefore giving it some long range fire), or just remaining in the default configuration as a close in fighter. Since a good portion of the MWO maps favor close in brawling, I expect that the VTR-9B will just stay the VTR-9B and you will be facing it regularly.

I would probably also expect to see the VTR-9D with its devastating Gauss Rifle and Endo Steel chassis. Since I cannot get myself a VTR-10L (the Liao Variant with Stealth Armor), I expect I will be picking up a VTR-9D. While I have to wait through the release of the Orion (for all of you Mariks!), this will definitely be the BattleMech I’m going to be using heavily.

The other variant I would expect to see will be the VTR-9A. This will add a couple of more hardpoints but make the 80-ton assault ‘Mech very squishy.

Like I mentioned I will definitely be getting a VTR-9D. The Victor will probably be low on hardpoints (since MWO has done a good job of correctly mimicking hard points to the variants’ original loadout). Therefore, I would expect to see a lot of sniper Victors, especially since the variants maintain the jump jets. Victors will have to be maximized to do high burst damage since they cannot build the massive laser builds of the Stalkers.

From a visual perspective, the hitbox on the Center Torso looks to be rather large as well as the hitboxes on the left and right torsos. Extra-Light Fusion Engines may not be suitable on the Victor. It could definitely suffer from the same problem as the Awesome, which has a rather large center torso profile. Therefore, sticking to the Standard Fusion may be the best bet.

I can’t wait for the Victor!