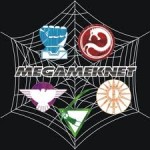 One of the longest running MekWars campaign servers, MegaMekNET, has begun a new cycle. MekWars is a java-based program that enables players to play ongoing campaigns online against other people as part of a large server-based system.  The latest campaign ended just a few days ago, and the next one has recently begun.

MegaMekNET is set in the time period of the Fourth Succession War, in the 3020s, and comes with units, tech, and politics representing that era.  This new campaign, called a cycle, usually comes with some new rules and changes from the previous one.  Some changes include a modification to build tables, changes to the economy, and removal of aerospace units.  Check out the full list for more.

In order to play, all you need to do is download the latest client, and then install it and get to playing.  All of the various tools, including MekWars and MegaMek are in the one file.  Once you are in, you can check out our walkthrough for more info.

The reset of a new cycle is a great time to get your game on.  Everything is new, and people are trying out the new rules and economies.  So head on in, choose your faction, and engage your weapons.