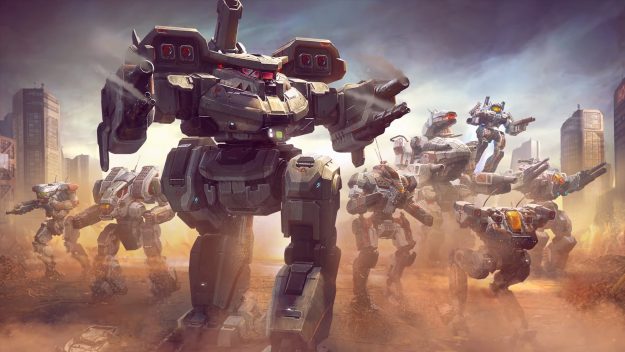 BattleTech’s Heavy Metal expansion arrives on November 21st, and it is bringing 470 metric tons of new weapons and ‘Mechs.

We got a lot of exciting ground to cover here, so we’re just going to dive right in. The new trailer for BattleTech’s upcoming Heavy Metal expansion just dropped and brought with it the juiciest of new info, starting with a brand new, never-before-seen BattleMech, the Bull Shark.

From the trailer, the Bull Shark is a 95-ton assault ‘Mech armed with a Thumper artillery cannon. That’s all we got. Judging by this beast’s appearance, it seems armed with autocannons above machine guns in the arms, as well as a quartet of lasers mounted across its two burly shoulders.

I’m just speculating here, but judging by the name, we could be looking at a design from the old Rim Worlds Republic. History students will remember that as the home nation of Stefan Amaris, better known as Amaris the Usurper. So that’s pretty cool. 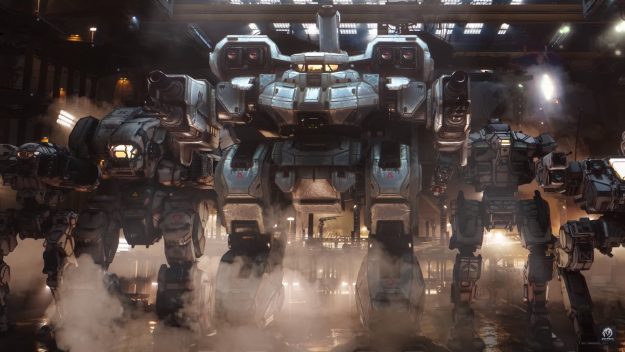 As with MechWarrior Online, this new design’s canonicity is going to be a matter for debate for some time. I dunno how much Catalyst was involved in the Bull Shark’s making or if it will eventually get their seal of approval.

The remaining seven designs will be something we’re all familiar with. Starting from the small, Heavy Metal brings us the Flea, Assassin, Vulcan, Phoenix Hawk, Rifleman, Archer, and Annihilator. All of these appear to be models taken from MechWarrior Online, with many being classic designs that are fan favorites.

Some of you might be wondering about the Warhammer and Marauder, two classic heavy ‘Mechs that were long rumored to be coming in Heavy Metal. They are not part of the expansion. Instead, they’ll be given to everyone FOR FREE as part of the 1.8 update, no Heavy Metal required.

New ‘Mechs leads us to new weapons. As shown briefly in the trailer just before we’re showcased the Bull Shark, a screen tells us each of the new weapons systems that will be added in Heavy Metal. A lot of these technologies normally wouldn’t be seen in the Inner Sphere until well after that Clan Invasion, so we’re playing a bit loose with the timeline here. One wonders just how Harebrained is going to explain their presence in the pre-Fourth Succession War era. 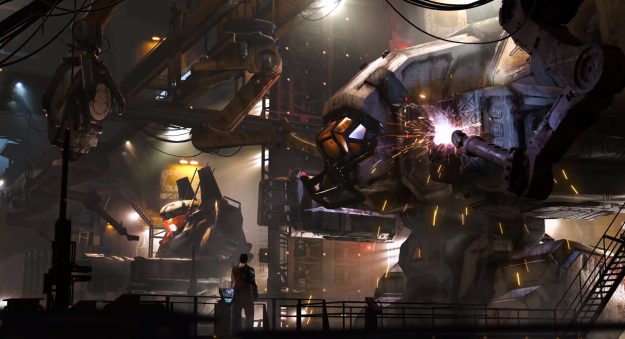 Anywhoodle, we’ll all recognize Inferno Missiles, TAG, NARC Beacons, and Ultra and LBX Autocannons, and yes, they’ll come in the full range of 2/5/10/20 and not just the Ultra AC/5 and LB 10-X as they first appeared in the Clan Invasion era. Snub PPCs are also coming, which is a Second Star League-era technology from the Draconis Combine and definitely not something we heard about before then.

A new ‘Mech-sized mortar will almost certainly be the Thumper Artillery System. Although normally mounted on vehicles, ‘Mech-mounted Thumpers weren’t entirely unheard of.

Finally, COIL Lasers are described by Polygon as having a “charge-up” function. The more you move before firing, the more damage they deal. Their exact function is unknown at this time as they don’t seem to have any classic BattleTech analog.

These weapon additions are really throwing the timeline for a loop and I do not know how to feel about them. One thing I will definitely appreciate is the new Flashpoint mini-campaign that will be added with Heavy Metal. It will feature Wolf’s Dragoons, Natasha Kerensky, The Bounty Hunter, and a mysterious derelict spacecraft. We can likely assume there’s going to be some of this amazing tech on that spaceship, so maybe that will be out explanation.

I also see mentioned on the Paradox forums post that there will be official mod support added for the first time, so everyone playing with RogueTech installed is going to be super excited about that. I can’t find a better source for that though, so this might just be wishful thinking.

Heavy Metal arrives on November 21st for $19.99, or nothing if you already purchased the Season Pass. And remember: you get the Marauder and Warhammer for free even if you don’t buy Heavy Metal, but you should totally buy Heavy Metal. It looks like it’ll be the best expansion for BattleTech yet.