Those old enough to remember the Virtual World Entertainment pods will be happy to hear that they’re alive and well, and the set located in Michigan are migrating to a new location where they will continue to be tweaked, preserved, and even played in.

A few weeks ago, current Virtual World Entertainment owner Nickolas “PropWash” Smith posted to the BattleTech subreddit that he’ll be taking a contingent of the original BattleTech: Firestorm pods from their current storage location and bringing them to a dedicated pod site in Grand Rapids, Michigan. Previously, your best opportunity to get insides one of these delightful relics was to go to one of the many conventions where Nick and the gang bring their portable pods. However, with the new site, you’ll have a chance to get a real taste of what it’s like to be in a “real” ‘Mech cockpit--minus the oppressive heat and need for a neurohelmet of course. 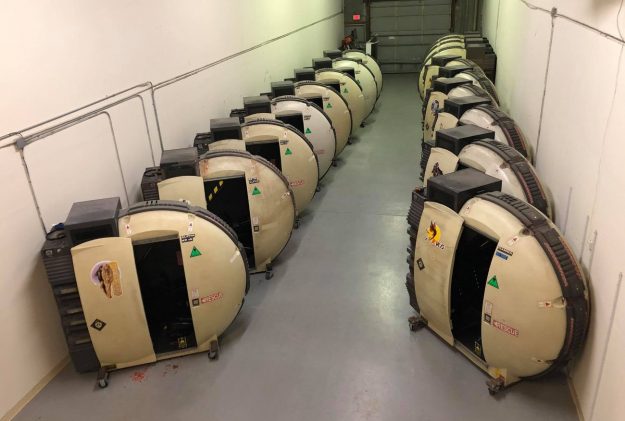 For those not old enough to remember, Virtual World Entertainment was the FASA off-shoot that dealt with turning the games that FASA made into “location-based entertainment experiences,” more commonly referred to as arcade games. They had a pretty nice heyday throughout the ‘90s, but as the demand for arcades began to wane in the early 2000’s (combined with FASA’s decision to abruptly cease operations in 2001), Virtual World was put up for sale.

At the time, these simulator pods were state of the art arcade games that an investment firm would have seen no value except to sell for scrap. Some pods almost certainly were scrapped, but a concerted effort from Virtual World owners and a dedicated player community managed to save most of these pods from the scrap yard.

And while there are multiple former Virtual World pods out there operated by several different groups, the original Virtual World Entertainment company continues to remain operational under the ownership of one Nickolas Smith. Nick purchased the company in 2005 and has dutifully safeguarded these priceless pieces of real-life Lostech for 20 years. 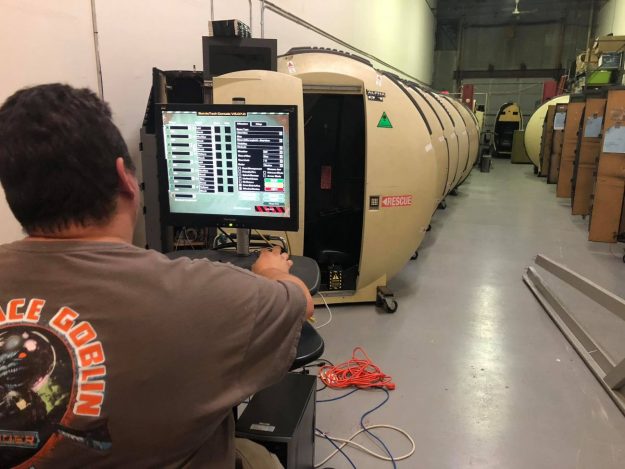 And upgraded them. The pods themselves weren’t originally meant to be carried from convention to convention, and only with diligent work from many dedicated enthusiasts were they able to become portable. This allowed Nick (as well as others pod owners) to bring their hardware to various BattleTech conventions.

Between conventions, these Michigan based pods were initially kept in storage at Nick’s house--a far cry from the public arcades they used to be found in. I myself remember getting my first lick at a BattleTech pod from a Dave and Buster’s over a decade ago. I’m nowhere near a convention that BattleTech is featured at, so without an arcade, I’d have never been able to enjoy pulling levers and pushing pedals as though I were a real ‘Mech pilot.

Obviously, keeping a bunch of VWE pods at a random house in Michigan is less than ideal. Nick moved his cockpits to Grand Rapids in 2010 and put them under the care of Jeff Perry at the Big Kidz Games retail store. Now they’re being moved to a new site storage in Grand Rapids that will open during select special events for public play or by private reservation. The new location will be called the Virtual Geographic League Underground, or VGLU for short--a call back to the fictional Virtual World origins story.

I had a chance to speak to Nick recently, and he says that the new location will operate by word of mouth and social media--sort of like a modern speakeasy. If you follow the Virtual World Entertainment Facebook group (or the VGLU Facebook group) then you’ll be able to ask how and when you can get your hands behind the control sticks of a piece of BattleTech history.

Currently there are 18 pods, all running both BattleTech: Firestorm--that’s the one based on MechWarrior 4. But these pods are running far more than the original software. They’ve been tweaked, modded, and improved beyond what you might remember. All the original ‘Mechs are still there, but there are also the MekTek ‘Mech Packs that expanded the MechWarrior 4 arsenal to over 100 chassis, and even more custom designs added after that. 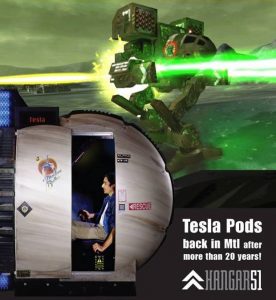 The new Grand Rapids site will open during Brocktoberfest on October 12th through 14th (Brocktoberfest being a reference to the game Red Planet that I didn’t understand beyond the fact that Red Planet was another game run on the Virtual World pods). The best way to get involved is via the Facebook groups I linked above.

And while you’re there, consider making a donation--these pods are kept alive and even improved thanks to the hard work of some dedicated individuals, but MacGyvering replacement parts in an ever-dwindling supply can get expensive.

For those not in the Michigan area, there are plenty of other locations to try out these incredible machines, including locations in Albuquerque, Houston, Minneapolis, and a site recently opened in Montreal, Canada. Check out the link here for specific locations.