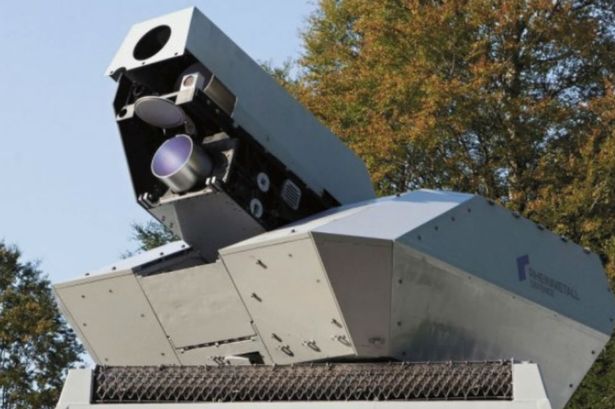 Enter ATHENA and ADAM. Acronyms for Advanced Test High Energy Asset and Area Defense Anti Munition. Both weapons are fairly low-powered compared to the larger solid state systems, about 30kw. But 30 kilowatts appears to be more than adequate to burn completely through a truck engine while the truck is in operation. It you want to stop said truck without necessarily killing the occupants with explosives and fragments, a laser like this might be the way to go. The effect of the laser is similar to this test of a Lockheed Martin COIL (Chemical Oxygen Iodine) laser fired from a NC-130H aircraft high above. Instead of truck trailers and warships, now all you need is a turret or Remote Weapon Station.

They have an effective range of over a mile- making it far longer-reaching than represented in BattleTech, with even clan extended-range lasers (though the damage potential is probably on par with a support or small laser.) The system is still a power hog, requiring a vehicle engine or equivalent generator to charge and fire the unit.

ATHENA was developed after ADAM using a system of integrated individual fiber optic modules. This makes the system much easier to maintain, and allows for output upgrades in the future- akin to switching from a 60 watt to 100 watt lightbulb. The technique is called spectral beam combining (sounds like technobabble on par with multi-modal reflection sorting), and combines the power of individual fiber optic modules together to make a weapon more powerful than the modules are individually. Think Death Star here. 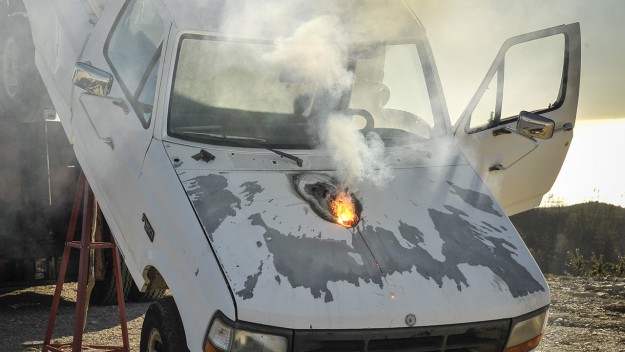 Test from over a mile away burned through an engine block. The production model has FOUR times the power.

Now entering full production, Lockheed Martin has an essentially upscaled ATHENA laser system rated from 60 to 120 kilo watts that uses the modular fiber optic philosophy to its full potential. Standardization of the fiber bundles from off-the-shelf commercial components has drastically reduced the cost of each unit as well- though by how much isn’t known. From the press release: “With modular lasers, the possibility of a complete system failure due to a single-point disruption is dramatically lessened. Production is also affordable due to the ease of reproducing module components.”

Applications are only limited to the vehicle it’s mounted on and the fire control options. Since a laser’s effect is nearly instantaneous- it is light after all, hitting your target is far less complicated than with a kinetic projectile like a bullet or rocket. The trick with lasers is time. The longer you hold the beam to the target, the more heat energy is transferred to it. It’s exactly like when you’d burn a scrap of paper or leaf on a sunny day with a magnifying glass as a kid. So if you can hold a lock on it, you can damage, disable, or destroy it. Even a main battle tank isn’t immune. (all that heat goes somewhere) So I imagine it’ll make a hot time for the tank’s occupants. The laser would also destroy radio aerials, targeting optics, reactive armor panels, and essentially make a mess of anything that isn’t armor plating. Bad day for Marik units.

So the real life laser weapons might not be how depicted in science fiction, but at least they’re finally hitting the battlefield. Now all we need are the ‘Mechs to mount them on.