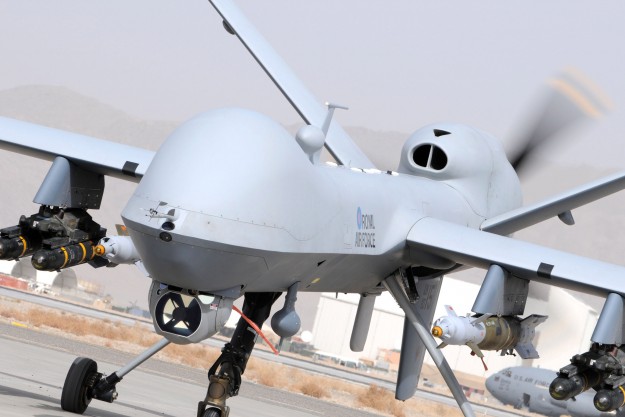 The future, however, may not be so cut and dry with every technically advanced country in the world as well as their less developed neighbors wanting their own remotely piloted weapons. In fact, in a scene right out of the periphery, industrious rebels cobbled together their own improvised SWORDs-style combat robots. During the Libyan civil war of 2011, Rebel engineering students and mechanics used such common place items as Power Wheels kids toys, iPhones, RC Car servos and  Bluetooth rigs (Plus PKM machineguns and rocket launchers of course) to build and adapt their own remotely-guided weapons platforms. But I digress. 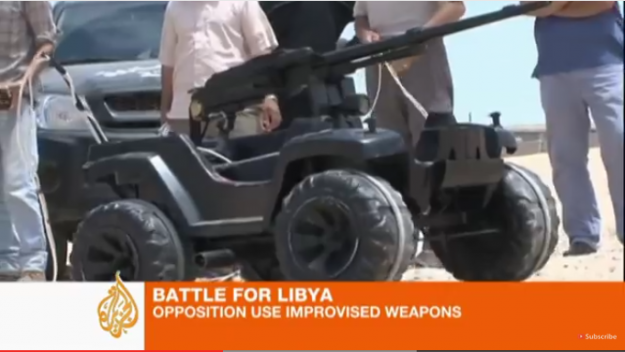 According to this article by CNN Money, a group of academics numbering Elon Musk, Steve Wozniak, Demis Hassabis, and Stephen Hawking have approached the Buenos Aires  International Joint Conferences on Artificial Intelligence with a letter urging caution against a possible global arms race of autonomous combat robots.

Various types of cruise missiles that carry independently guided submunitions, The naval CWIS, Goalkeeper close-range self-targeting rotary cannons, ‘Trophy‘ vehicle-deployed anti-missile arrays, and Israeli “Iron Dome” anti-missile-interceptors all have a rather strong degree of autonomy in both targeting and deciding when to fire. The reason is, of course, that human beings don’t have the capability of controlling or reacting rapidly enough to engage missiles, rockets, and even mortar and artillery shells. 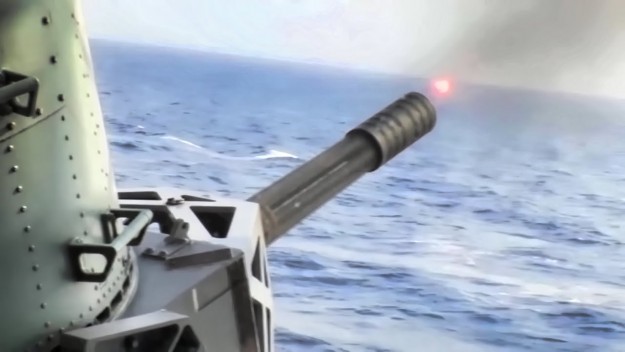 But the software also sets a troubling precedent to many people. Harvard Law School’s Human Rights Watch created this report that urged the banning of fully autonomous weapons entirely. The report outlined that modern laws just weren’t worded to handle these potential loopholes. “These weapons have the potential to commit criminal acts — unlawful acts that would constitute a crime if done with intent — for which no one could be held responsible,”

Indeed, even private citizens have been building and flying their own automated drones. The commercially available Ardupilot series of processor cards are GPS and gyro navigated autopilot systems for light, RC toy-style UAVS and ground vehicles. These drones can carry an array of cameras, with direct feeds to a laptop control station. They can also be programmed with multiple waypoints to navigate to and perform specific functions. These home brew drones sometimes even carry airsoft guns or fireworks for amusement or sport purposes.

The time is rapidly approaching when just about anyone can have access to autonomous robots for uses good and bad from the national to personal level. And only time will tell whether there will be a golden age for artificial intelligence, or whether we have just opened another of Pandora’s weapon lockers.