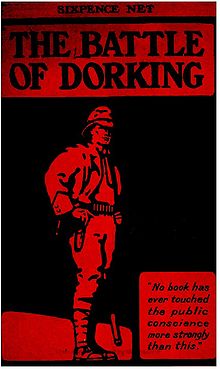 Michael Moorcock is one of my favorite writers of all time.  I have a huge library of most of his work.  I don’t think he ever wrote anything in the military science fiction genre, but he certainly appreciated it.  I recently picked up a anthology he edited of short stories and novellas written prior to WWI (Before Armageddon), and that’s where I found arguably the first military science fiction story – “The Battle of Dorking” published in 1871 and written by George Chesney. 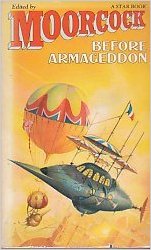 This novella length story was written by a veteran who saw the many issues of the day in modern Great Britain, and felt that the way out of this materialism, jingoism, and more, was military in nature.  Great Britain had forgotten how to defend herself.  And as Chesney says, “A nation too selfish to defend its liberty could not have been fit to retain it.”  He sees the over emphasis on territory-making, colonialism, and more as useful ways to enrich British trade, but it also made the nation vulnerable.  Thus, he pens this piece.

The story is pretty simple. Napoleon’s France is used as an example of a nation that was deemed undefeatable but who lost powerfully in just two months.  Unfortunately for the UK, they did not learn this lesson of defense mattering, and thus they failed to properly manage their defenses, and sent their navy and army too far aboard, trusting in the myth of their own undefeatable nature.  In the story, Prussia annexes Holland and Denmark, and then the UK declares war on Prussia as a measure of national pride. Prussia, already assembled, defeats the UK handily on the ocean, and the great Wooden Wall of their fleet fails, and troops arrive in multiple places. 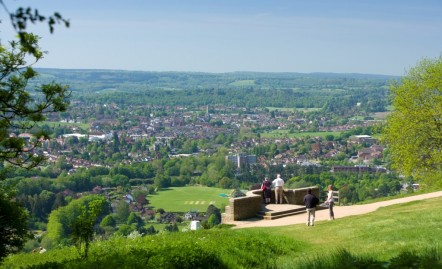 Soon enough, Prussia has invaded the UK in earnest, and wins the great Battle at Dorking, after a long, but inevitable struggle.  Then the war is won shortly later, and the UK is decimated by a losing battle on its own soil.  It’s economy is permanently destroyed and unrecoverable to the point of anything resembling its pre-war power.

The science fiction elements are incredibly light.  It is set in the future, and Prussia has developed some invention they kept quiet to help them win the naval battle quickly, but the local UK papers don’t discuss it to keep up morale, so no one knew what it was.  And the English navy was too far dispersed, and didn’t have long enough to assemble, so any chance they would have had despite the invention would never have applied.

The story is clearly militaristic in nature, written by a veteran who has a certain view on war and defense.  Michael Moorcock discusses the story in heavy detail in his intro, and writes that, “He (Chesney) had a vision of his country destroyed by complacency and materialism, and, where Milton would have seen a solution in spiritual regeneration … or Morris would have proposed his brand of socialism, Chesney saw the answer in the simpler terms of a professional soldier: in military reform.” 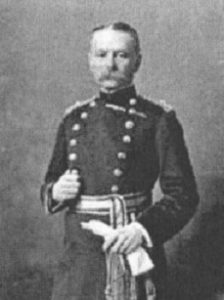 After reading the piece, I agree with Moorcock.  Chesney was a visionary.  Many of his battle scenes feel like something written after World War I about trench warfare and advancing lines.  His writing style was clearly reminiscent of H.G.Wells and you can see Wells in Chesney.  For example, take this line,”(W)e thought  we could go on building and multiplying for ever.”  That style feels very Wellsian.

After researching the story, it seems it was very influential, and Chesney-style stories would pop up everywhere, and the story basically began the genre of “Invasion Literature.” Wells would add a Mars invasion spin to the genre with War of the Worlds, but he is clearly evoking Chesney.  The magazine that printed the story had to be reprinted 6 times.  People would joke that a bruise or other injury they received had been gotten at The Battle at Dorking.  It was a huge part of British culture.  And you can see interesting aspects to it, such as the verve that Chesney invests the piece with. (Feel free to read an entire article on the impact of this story on The New Yorker)

The story is easy to read, I finished it in about 90 minutes, and I was happy to read one of the first stories in the military science fiction genre.  It seems that it’s often cited as either an ur-example by aficionados of the genre, or the first story that started it, but either way, it’s a compelling read for it’s context and importance as a piece of literature.

One thought on “Retrospective Review of “The Battle at Dorking””