As much as I would love to play MechWarrior: Online or even MechWarrior: Tactics, my hardware and responsibilities prevent that. But checking out the various gameplay footage on YouTube made me start thinking of the old days when the closest thing to a BattleMech sim game previously were the ASTOUNDINGLY  unsophisticated (compared to videogames) BattleTech Combat Books. The books were developed by Nova Game Designs, which used artwork image and technical cards to display what your opponent saw from his own cardboard cockpit.

I’m going to be taking a look at the old games, starting with a quick look at the BattleTech Combat Books as I experienced them. There is actually a good write up for how the Combat Books function here on Sarna.

A friend of mine and I each had bought one in the late 80s before we knew that we were playing something completely unrelated to Robotech (and Macross), which we both were blown away by a few years earlier. He had gotten the Warhammer book; I unfortunately chose the Wasp (as a 9 year old that had just watched Robotech, could you blame me for going with the mech visually derived from the VF-1S Valkyrie?) As you might guess from a limited, tree-based play system, I got my lower rear torso handed to me every single time. It got old quickly and it wasn’t long until videogames were sophisticated enough to bring a bit more tech to BattleTech. 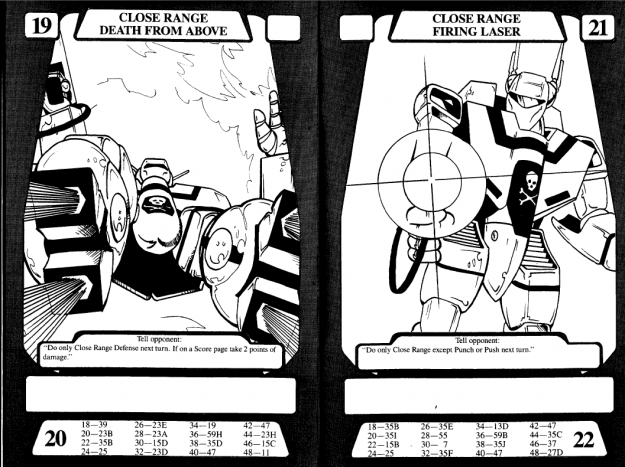 I first played MechWarrior in ’93 when it came out on the Super Nintendo. After playing, I began noticing the actual FASA products at the local store. After the cartoon series and reading the novels, I was hooked and began buying books and miniatures like I was on the Army Appropriations Committee.

It didn’t age well in the least, but at the time, MechWarrior 1 had decent graphics and really slick mode 7 animations for the landing sequences. MW1 is where I fell in love with the new concept of vehicle modifications: a tradition in MechWarrior and BattleTech coming right from the tabletop game. Any of you that remember playing almost certainly spent twice as much time in the garage dancing a waltz with the numbers. Okay, almost all of you. 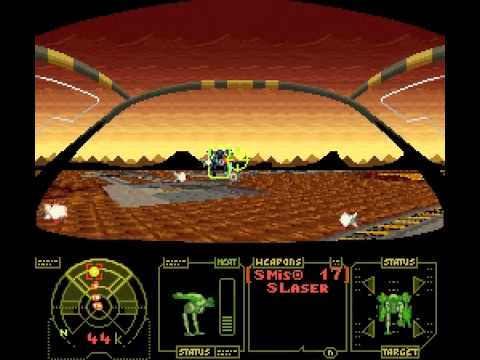 The thing that didn’t sit well with me at the time was that the few ‘Mechs included were completely non-canonical at the time. I never played the PC version, which I read had the canon ‘Mechs. I’d have to wait until most of them were retconned into the TRO 3050 to actually see them in mainstream BattleTech. The game didn’t have autocannons either. But I liked it. It was gritty, had tons of replay value thanks to the modular ‘Mech equipment and open-ended mission contract select system. I think the only big robot games I played more than this was Cybernator and Battle Clash for the SNES. (Maybe I’ll review them some time)

The home screen, where all of the non-combat activities came from, branched off to a bar, where you could get news and talk to the bartender for rumors and tips. The bar really reminded me of ShadowRun, especially with the bartender having the 80s archetypical movie camera-sized prosthetic eye and seedy synth-blues music. The ‘Mech hangar is where I went hog wild. I easily spent twice as much time here as any of the other screens in the game combined.

The story for the SNES version is straightforward and pretty formulaic by today’s standards. Young ‘Mech jock loses his family to an evil merc group called the Dark Wing Lance, and he tears off to wreak vengeance upon them. Reading up twenty years after the fact I discovered that the 1989 PC version of the game not only had the canon ‘Mechs but seemed to have a richer storyline. It was probably my first run in with the ‘watered-down-console-port’ disease endemic in earlier console games. Between that and the Crescent Hawks games, I’m REALLY miffed that the only computer I’d owned until after high school was a Commodore 64 (talk about retrotech).

I’d love to do a review of the Crescent Hawks games, but I doubt I could find a version that’s compatible with more modern machines. Next up, MechWarrior 2 and friends.

4 thoughts on “RetroWarrior: A Look at Where we’ve Come From”