I specifically remember the summer of 1995. I was fresh out of high school and had started reading the Lethal Heritage trilogy (which was reprinted that September) and got my first taste of the Clans. I also had one of those friends; I think most people know one. The type of guy that had every game system and game known to mankind and a home computer sophisticated enough to hack into the Department of Defense.

He was also the manager of a game store at the local mall, which is where I got my first taste of MechWarrior 2. The graphics blew me out of my boots. 3D games were very much in their infancy, but run on the cutting edge PCs of the time – I have no idea of specifics but RAM were probably still being measured in kilobytes – were head and shoulders above anything I’d seen on the Super Nintendo. Glare from the lasers (the slow moving Star Wars type) lit up the ground and any nearby surfaces. You could destroy parts of the scenery- it was just so much more immersive than the first game (or really anything else previously other than an actual flight simulator). 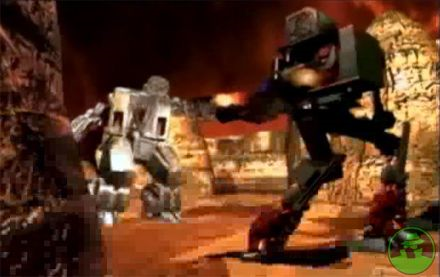 Out of ammo? Don’t I have energy weapons on this tub?

The sound effects were really great; I still fondly remember the sound differences between the large capacity and low capacity LRM and SRM launchers. There were new (albeit laughable) cut scenes with real voices, and the music score by Jeehun Hwang was awesome enough to yank the CD out and stick it in my discman to listen to (Gotta love Redbook audio format).

I eventually got a copy of the original game as ported over to the Playstation two years later. It looked as good as I remembered but seemed a little short and episodic. And of course they never released the two expansion packs, Ghost Bear’s Legacy or Mercenaries. And there were a LOT of situational choices that were ridiculous. Trials like taking on a Dire Wolf with a Firemoth, for instance. It was remade into more of an arcade game as opposed to the sim I wanted.

I never played Ghostbears but did fall in love with Mercenaries a few years later in art school. As opposed to the slick new clan ‘Mechs and their newfangled honor system, we had all the centuries-old pre Star League Terran Hegemony ‘Mechs I grew to love from the novels and Combat Books in a gritty, pre-Clan invasion Inner Sphere setting. It was also open-ended; I could skip the story contract missions as long as I wanted and concentrate on moneymaking “grind” contracts to build up my war chest and trick out my ‘Mechs the way I wanted. Many thousands of hours better spent on my coursework were stuffed up the Kurita’s butts during the War of ’39 or pounding Rasalhague separatists. I seem to remember House Kurita sending a LOT of mercs to the Galedon district as well for corp security. But I digress. 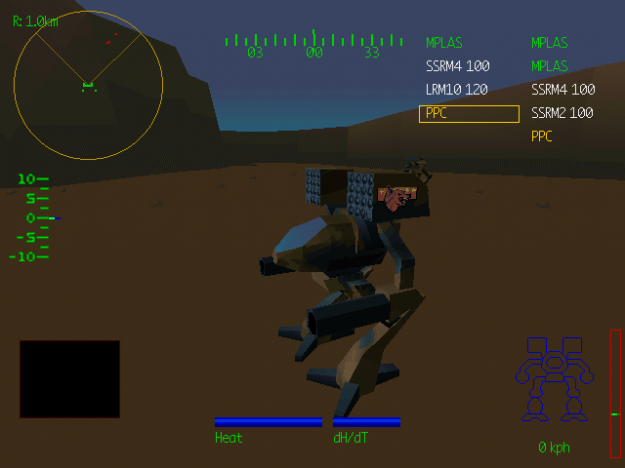 More than the first game, MechWarrior 2 is the benchmark with which future games measure themselves. Even games completely unrelated to but were still influenced by BattleTech by players-turned-developers. Activision, the developers for the game also produced Heavy Gear and its sequels. And the same gritty cinematics and dark feel are quite present. I don’t think too many people that loved BattleTech then didn’t also like Heavy Gear – even among the tabletop players.

I would love to play it again, but I’ve never found a version that Windows 7 could handle- even running retro service packs. So I remember MW2 fondly as the father of a massive trend in videogames as The Microsoft Flight Simulator of combat robots.

2 thoughts on “RetroWarrior: A look back at MechWarrior 2: 31st Century Combat”