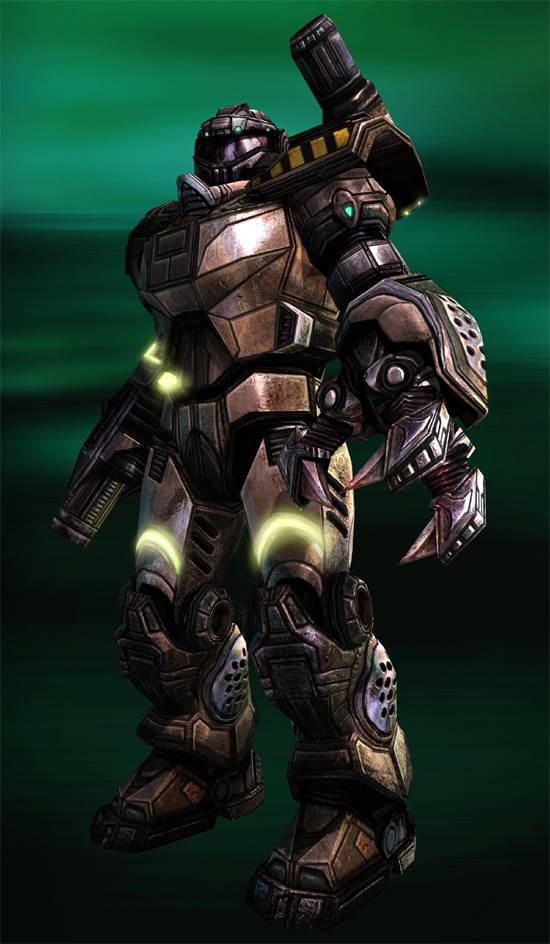 Day 1 Studios; the developer, seemed to have had HALO in mind when the player in a suit of battle armor could take possession of and drive a multitude of vehicles. Besides ‘Mechs, you could control a small number of conventional vehicles like a Rommel MBT, some kind of VTOL, and even a static defense turret. Like the first MechAssault, the number of ‘Mechs is padded out by using non configurable alternate configurations. Some of these are rather confusing, as a single chassis with two load configurations are referred to in the names of two completely separate ‘Mechs from BattleTech. 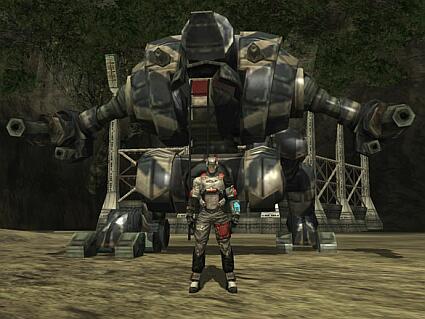 Wearing Battlearmor inside a ‘mech cockpit: Like Shaq driving a Smartcar.

There was a limited edition update to the game, which had new maps for the multiplayer. The multiplayer had two modes: Optimatch; kind of a deathmatch, and Conquest mode- a spiritual forerunner of the team-based matches in Assault Tech (Mektek), MechWarrior: Living Legends, and of course MechWarrior Online. I remember Conquest falling into disuse rather quickly. I guess gamers were too unused to teamwork in those days.

Like the first MechAssault, there are some non-canon, and frankly ludicrous looking ‘boss’ ‘Mechs, such as this ‘spider’ that looks like one of the designers fell asleep watching Wild Wild West. The Rommel tank also features a ‘gravity’ cannon (just go with it) and some of the assault ‘Mechs have short duration energy shields (ugh). The purist in me was really dissatisfied by these, but like I said about the original MechAssault, I think of the MechAssault series as what Inner Sphere gamers might play, rather like the wackier military games taking place in modern times like Air Force Delta or the Metal Gear Solid games.

In closing, MA2:LW added a couple of modern concepts to the library of BattleTech videogames as well as another round of intense and sometimes zany gameplay. Its still pretty fun if you can ignore some of the campy, non-canon silliness. But then again, walking, hundred ton military robots are kind of silly in their own right. Pick your poison.