If I had to pick any of the BattleTech licensed videogames, I’d pick this game any day of the week. I like the FPS sim format fine, but MechCommander has more of the feel of the table top game as well as a more fleshed-out storyline. It has to be because you’re not just getting the perspective from a single pilot or lance leader but a company-level ‘Tactical Operations Officer’.

The player controls Zulu company of the First Davion Guards during Operation Bulldog. It’s a much larger operation than the commando operation in MechWarrior 3 and its fully rendered 3D textures and environments. MechCommander is a 2D animated game shown in an isometric view popular in other Real Time Strategy games of the time; such as Command & Conquer and Warcraft II: Electric Boogaloo. It also featured a badly compressed but wholly entertaining FMV opening and ending cinematic that featured live actors for the first time. 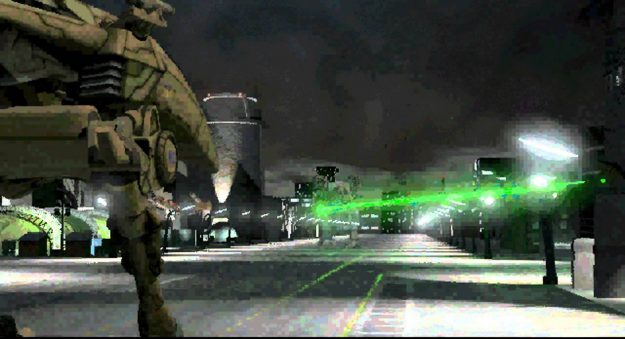 “Got his attention, sir.”

Despite the game’s 2D visuals, you never really know it. The vehicles are so well done and the animations so fluid from perspective to perspective that the sense of depth is just perfect to me. Damage is visually apparent of course, ‘Mechs with destroyed arms have no arms, but the game took a liberty with the legs. ‘Mechs don’t lose their legs but can be crippled- forcing the unit to VERY slowly limp around. I’m not sure what it is but as much as I like the sequel, I honestly prefer the graphics in the original. I’d have to say if there’s any weaknesses in the graphics it’s in the scale of the humans and elementals: both of whom seem much smaller than the established canon of the ‘Mechs and other vehicles.

MechCommander had eighteen different ‘Mech chassis, and about the same number of vehicle chassis. I was always a little miffed that you can’t use most of the vehicles within the game, but as you’re attached to a straight BattleMech unit, I can deal. The sequel: Desperate Measures adds a whole new campaign and maps as well as ten new vehicles, including six new Inner Sphere and Clan ‘Mechs. Still a part of Operation Bulldog, your mission now is to track down and deal with a Smoke Jaguar Star Colonel who refused the stand down orders from Strana Mechty.

The thing that really brought me back to the game was the customization. Not just of the ‘Mechs; though as far as optimization goes, the Inner Sphere ‘Mechs are just as modular as the Clan omnis. But MechCommander Gold; which was a pack that combined the original and the expansion, also had a mission editor. It took some tinkering to learn, but was otherwise a fully functional program for building maps and custom missions. You could also allocate how many resource points you wanted to give for purchasing ‘Mechs and parts, the mission text, etc. It’s almost a more graphically intensive version of Megamek; albeit one that doesn’t run on the standard BattleTech rules.

In fact this is so popular that there are manuals for producing not only custom missions, but full on campaigns. These can be encapsulated in strings of missions where your pilots earn experience, the company earns resource points. In other words, complete non-canon expansion packs. Here are a few custom campaigns if you’re interested.

I’ve built a few scenarios, but I’ve decided I’m by far better at Photoshop than MCG Mission Editor. And considering my complete lack of time management skills, that’s probably for the best.