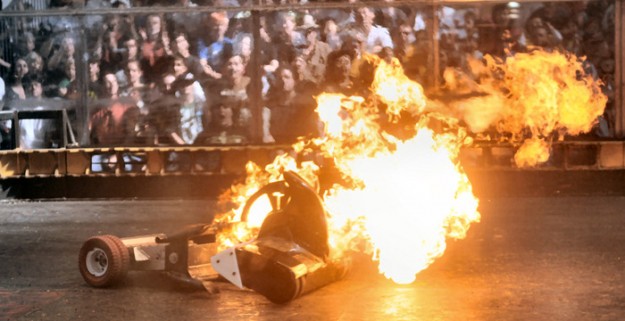 In 2004- well after the shows were cancelled, the Robotics Society of America began conducting yearly championships. The games were broken up into over fifty Olympic-style competitions with a focus on certain complicated tasks, such as climbing stairs, freestyle combat, martial arts, firefighting, and even soccer. Anyone from around the world can enter, and the winners have even met their presidents.

The Science Channel has occasionally made documentaries on these competitions, but the Society has raised over forty thousand dollars to help fund the development of a weekly TV series akin to Battle Bots and Robot Wars. You can even build and register your own ‘bot to enter into the fray yourself. 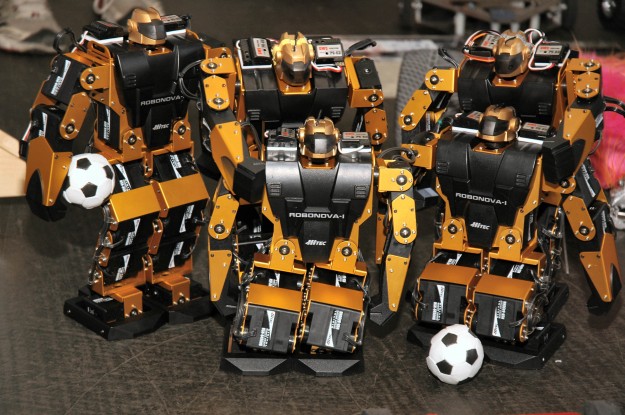 From their kickstarter page, “Instead of just bringing this back for people who miss the EPIC battles, it is important for us to create something that expands the community we’ve built over the last decade and perhaps have it touch the lives of people who didn’t think the world of science and engineering are a place for them.”

The competitive combat robots craze of the nineties inspired a generation of tinkers, hobbyists, and mechanical engineers, and with any luck, Robogames will do so again. They won’t just be inspired by the fighting events either- but an entire pantheon of autonomous shenanigans.

One thought on “Robogames Video Series: BattleBots of the 21st Century”