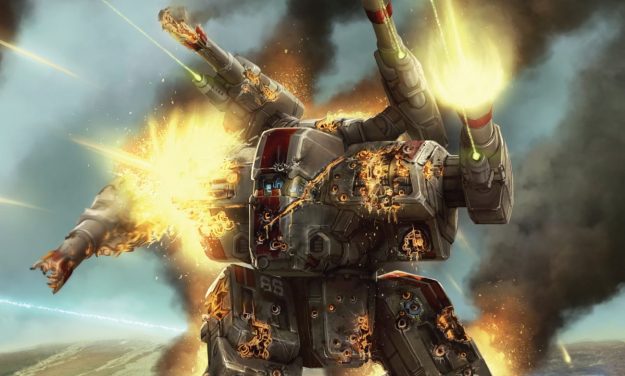 Shattered Fortress is almost here! The new sourcebook detailing the end of the Dark Age era of BattleTech is set to debut at GenCon, with the .pdf files to become available the first week of August.

We first heard about Shattered Fortress last February when we interviewed Brent Evans, the lead developer for BattleTech. He said that the previously developed ilClan sourcebook had generated so much content that the Powers-That-Be over at Catalyst decided to break it into two books, with Shattered Fortress being the lead-in to the fireworks display that will be ilClan.

As for what we can expect from this new book, a posting over at the BattleTech forums gave us a lovely little preview straight from the back cover: 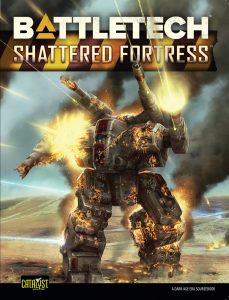 “In 3146, the Republic of the Sphere hangs by a tenuous thread. The last fragments of Devlin Stone’s dream to shepherd humankind toward a more prosperous future hide behind the impenetrable defenses of Fortress Republic. As the interstellar communications blackout rages, the ambitious Great Houses vie for military dominance, and the bloodthirsty Clans strive to find a weakness in the Fortress’s armor on their path to conquering Terra and claiming the coveted title of ilClan. When the Wall comes down, will the Inner Sphere plunge even further into the abyss of interstellar war, or will this herald the dawning of a new age?

“Shattered Fortress chronicles the twilight of BattleTech’s Dark Age, as nations are thrown into turmoil and predators circle the broken remnants of the Republic of the Sphere. This volume provides a year-by-year look at pivotal turning points in the history of the Inner Sphere, offers a peek behind the curtain of Fortress Republic, and reveals the fateful decisions that will ultimately decide the future of humanity.”

This is, of course, good news for anyone who didn’t like the Dark Ages of BattleTech, which according to my research, was most people. The whole “everyone is back to using AgroMechs thanks to the general degradation of technology” was just really… well, dark. That, and it’s hard to get excited about people going to war with pitchforks and hand grenades.

We can only speculate on what will happen in each of those years mentioned, but hopefully something happens to the HPG Blackout. Whether that’s a slow rebuilding of the network or some other technology taking its place, we’ll have to wait and see. We’ll certainly get some high-level highlights of what’s to happen with the Clans, and maybe even get a few tales from the Great Houses that don’t involve just giving up planets to the Republic.

GenCon begins this Thursday, so fingers crossed those .pdf files will be available on the same day.

2 thoughts on “Shattered Fortress To Debut At GenCon”