There are two types of sci-fi universes: there’s the universe that provides no explanation and uses science as a substitute for magic (like Star Wars), or there’s the universe that tries to justify its awesomeness with plausible explanations. BattleTech has always erred on the latter side but for a few exceptions (the largest, of course, being the Kearny-Fuchida Jump Drives). However, one logical inconsistency in BattleTech has bugged me more than any other.

I can understand from a game balancing perspective why the range of your cannons will decrease as the bore size increases, but from a pure physics perspective, this makes absolutely no sense. 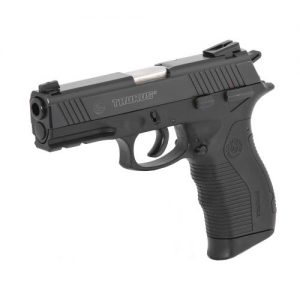 Allow me to illustrate. Here, we have a standard 9mm pistol, available anywhere in the United States (depending on the state), and available nowhere in Canada. Effective range: ‘bout 100 meters, if you’re a reasonably good shot.

Moving on up, here we have a much larger round, the 30mm M230 cannon (of Apache attack helicopter fame). Effective range: 2000 meters. 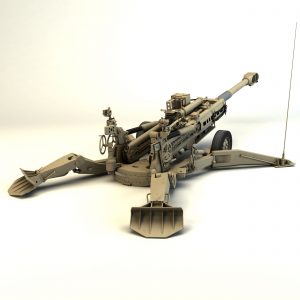 Anyway, you see the pattern here, right? As a general rule, the bigger the gun, the further your projectile goes.

Thus, the question for the BattleTech universe becomes what happened to cannons to make them lose range instead of gain it as the bore size gets larger?

The answer, my friends, is in the math.

We all know that 1 ton of ammunition gets a standard amount of ammo completely dependant on the size of the autocannon; AC/2 gets 40 shots per ton, AC/5 gets 20, and so on and so forth. On the surface, this seems to make sense, as the bore size also decreases at a similar “divide by 2” rate – 203mm for an AC/20, 101mm for an AC/10, etc. But ammunition doesn’t just take up a linear length – it takes up volume. Simply making the diameter of each round smaller by half doesn’t allow you to keep jamming in half as many rounds in the same amount of space.

I’ll show you what I mean. We’re going to compare the volume of ammunition taken up by an AC/20 versus an AC/2. We’re also going to simplify the shape of each bullet into a rectangle to make the math easier (also to avoid the whole “stacking” problem), and also assume that the length of each round will grow proportionately to the “divide by 2” rate we saw in the bore sizes. Also, since the bore size is in metric, and BattleTech is a metric universe, we’re going to stay metric.

But if a ton of ammunition holds a proportionate, “divide by two”  number of rounds, how can they not also take up the same space?! The only possible answer is one of our assumptions is wrong; the volume of each round does not remain proportional as you go up from AC/2 to AC/20.

In fact, we can work out what the proportion should be based on our above math. In order for the five AC/20 rounds to take up the same volume as forty AC/2 rounds, and keeping the known variable of bore size fixed (203 mm), then the length of each round would have to be a ridiculously short 0.76 mm.

Thus, through the power of math, we have determined that the reason an AC/20 range is so vastly reduced compared to an AC/2 is simply that instead of shooting bullets the AC/20 fires armor-piercing pancakes. 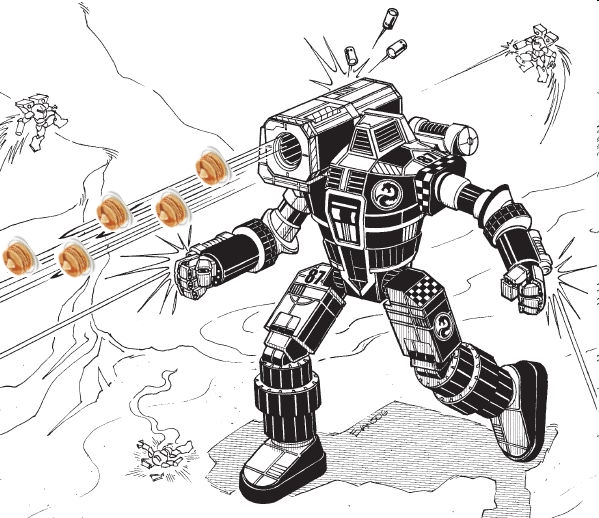 Alright, I know at 0.76 mm the thickness of these pancakes is a shave wider than a human hair, but you cannot deny the amazing image they produced.

‘Till next time, Mechwarriors: Stay Syrupy. 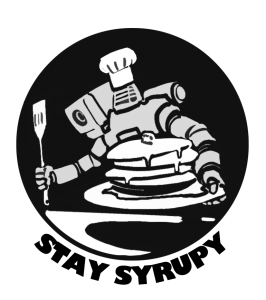 25 thoughts on “Solving the Range Problem with Armor Piercing Pancakes”