MechWarrior 3 is somewhat unique in MechWarrior series. Whereas in every other game each engagement is a single battle where the player may kill a half-dozen enemy ‘Mechs and then move on, MechWarrior 3 is essentially one long guerrilla operation. In other games, when it’s all said and done you fly away in your dropship, sipping space martinis and laughing merrily at all the whacky robot hijinks you got up to. In MechWarrior 3 you don’t have that luxury – you’re stuck dirtside, on the run, fighting to survive wave after wave of Smoke Jaguar warriors.

So how many ‘Mechs did you bust on Tranquil? Reddit user hydra337 has helpfully done the math. 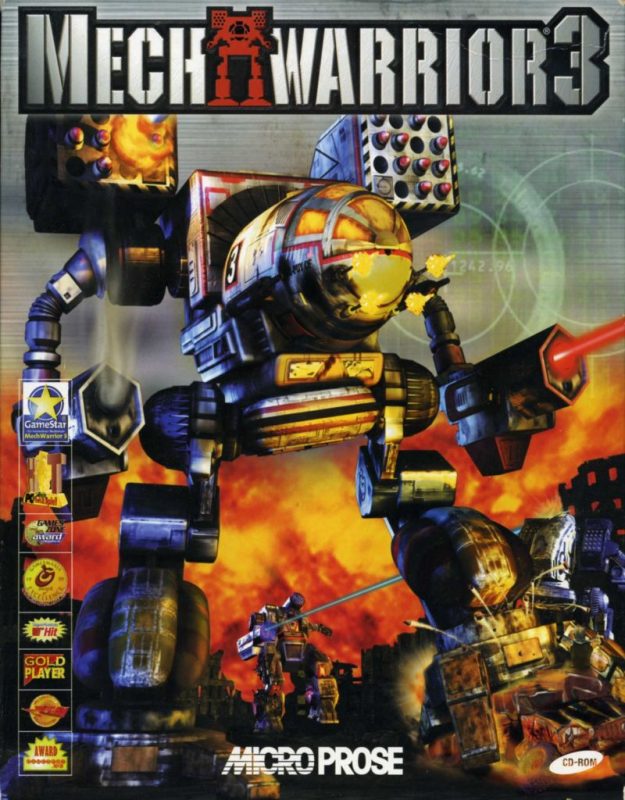 Long answer, you destroy 168 points worth of ‘Mechs, Elementals, tanks, and VTOL’s, or roughly an entire clan Galaxy.

This has some interesting implications for the sneak attack on Huntress as well as Operation Bulldog. As hydra377 puts it:

“The Smoke Jaguar forces that did go to Huntress were enough to overcome Serpent, but not enough to eradicate them wholesale before Bulldog arrives. If that returning homeworld force had an extra Galaxy however [like the one you destroy in MechWarrior 3], Clan Smoke Jaguar may have been able to destroy Task Force Serpent, regroup, and be much more prepared for the Huntress assault of Bulldog.”

Trial Under Fire, the book based off of MechWarrior 3, is considered the canonical version of events, and in that story Clan Wolf actually does most of the destruction for you. But in our hearts we all know who the real hero of the story is.

With much thanks to hydra337 for agreeing to let me post his work!