So yeah, this one is coming is pretty late. I do apologize to the readers out there. After GenCon got really hectic for me professionally, and, well, it is what it is.

At this point, the game has progressed a bit past the improvements of the then new patch that Jordan and I discussed, so I’m going to re-tool my original interview to be my impressions of the interview and of Jordan and what we talked about.

GenCon 50 has come and gone. Wow. I have to pause and let that sink in every year.

I spend the better part of six to eight months in a year planning for and making sure that I get everything in my professional and personal life squared away in order to make sure I can make it to GenCon.

Now, that’s not to say that I do so at the peril of myself or those around me. No, GenCon is for me that one time of year when I don’t have to explain anything about what I do professionally or for fun to anybody. Everyone there understands it. So I tend to make sure I can go.

With the Post-GenCon Recovery Period (I swear it’s a thing!) still affecting some of us (mostly in the finance region), I need to take the time to share some key aspects of the experience. In particular, I want to share with you all the hour of time I spent talking to Jordan Weisman, creator of BattleTech and one of the heads of Harebrained Schemes, about the new computer game version of BattleTech.

A note on how I am going to reflect on this time. My recording app malfunctioned during the actual interview portion, so I only have the notes that I took from the interview. As such, I won’t directly quote Weisman unless I wrote down his exact phrasing.

First, BattleTech had a huge development release the day that I spoke to Weisman. They had just released the first multi-player backer beta build for the game, so the Harebrained booth was abuzz with fans playing the new version as well as many people standing around to watch the action on the screen, stand behind their friends, and just chat about BattleTech in general.

I met Jordan Weisman a little before our interview, stopping by to verify the time, and he said he was looking forward to sitting down, playing a round of the new release, and then talking!

I was going to get to go head-to-head against Jordan Weisman in BATTLETECH?!!!!

I was already excited about the interview itself, but finding out I’d get to actually play a game with Jordan Weisman was icing on an already delicious looking cake.

So, the time came, and we sat down to play. We selected out Mechs and dove on in. My experience with the BattleTech Beta at that point had been in the 10-12 hour range, so I knew I was at an extreme disadvantage going up against Weisman.

The following thirty minutes was a whirlwind of back and forth not-quite-trash-talking as I sent my Lance in hard and fast….straight into the wall of strategy and effective tactics that was Weisman’s way of war. My Lance got picked apart one `Mech at a time, and it was glorious!

After his pyrrhic victory, Weisman humbly asked if I’d enjoyed it, and of course I did! 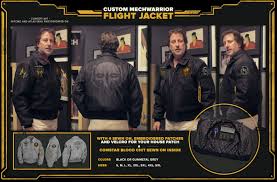 Because I foolishly didn’t fanboy hard enough, I don’t have a selfie with Jordan Weisman for the article! This will have to do. Weisman is seen here showing off the Kickstarter flight jacket reward.

So then we sat down and talked about the game, much of which is old news at this point. But the highlights that remain with me can be summed up in a few points.

For me, this short game and talk with Jordan Weisman will be one of only two or three stand-out moments from GenCon 50 that I know I will keep in my memory for many years to come.

It’s not just a fanboy moment. I mean, yeah, it’s a little bit of that, but it’s also more. Jordan Weisman’s enthusiasm for BattleTech is amazing, and that really has kept me charged up for everything to do with the game(s), on the table and on the screen.

Thank you to Jordan Weisman and Harebrained Schemes for working to bring us this amazing gaming experience in our favorite universe. We look forward to its release, and hope for more after it!

Well, it arrived today!  I was one of many Kickstarter backers of the various levels for Harebrained Schemes’ BattleTech Video game, slated for release next year.

Like many folks I backed at a high enough pledge to get both some nice BattleTech swag, as well as some strong comfort in helping to bring back a major video game opportunity for the franchise.  We need an infusion of marketing and interest.  Hopefully the latest video game will prove just the ticket!

It’s hard for me to find swag anywhere but online these days, so it was nice for me to open up my sweet bag of Draconis Combine swag.  Here it is! 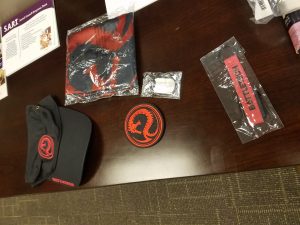 Did you order anything?  Has it arrived?  What did you get?  And who’s ready for some BattleTech?

Harebrained Schemes has just announced the date of their BATTLETECH Kickstarter: 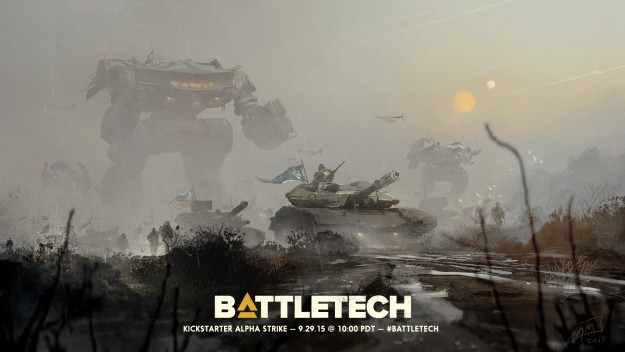 I, for one, am very excited!  Looking forward to seeing what the rewards are at each level.