END_OF_DOCUMENT_TOKEN_TO_BE_REPLACED

I reviewed Ep0ch last year during my mobile game round up series. First released in 2011, Ep0ch is set in a post-apocalyptic city besieged by warring robots used as soldiers by rival corporate AI. You are Ep0ch, a kind of bodyguard robot called a guardian in search of Princess Amelia; your charge. Built in Unreal 3, Ep0ch was the most graphically advanced game I had seen at that time on a mobile platform. The campaign was linear, but there was an arena mode to rack up credit and experience points to upgrade yourself. It played like rail shooters such as Time Crisis; only in third person with you swiping to move Ep0ch in and out of cover to get a better firing angle on or avoid the fire of various robot enemies. Weapons were numerous, as were support systems and armor upgrades.

Ron: I recently spoke to Ed Orman of Uppercut games; which developed Ep0ch and its sequel, Ep0ch 2. From what I’ve seen from the trailer, Epoch 2 initially seems very similar. In the original, the environments seemed pretty close in, with lots of dark alleyways and ruins to fight in. The sequel seems to be much more open and dynamic with both its setting and its 3rd person view. What’s changed this time around?

END_OF_DOCUMENT_TOKEN_TO_BE_REPLACED

There’s been a new wave of mobile big robot games, and one of the more interesting I’ve been playing lately is one that’s hard to categorize. As you might expect with a game with such a clunky title, M2: War of Mech Myth is a rough translation. I just call it Mecha Warriors of Myth or M2.

Developed by Taiwan-based company Interserv, M2 is a fusion of style and form. It’s a fun little beat-em-up/shoot-em-up that has you playing both a human character (male or female) that can wield a sword or some other melee weapon that can call upon and turn into a large, Super Robot Wars-style mecha with its own weapons and abilities. Shades of Moonwalker’s “Mecha Jackson”. You better be swift though because you can only stomp and jump around in robot mode for limited time based on your level.

END_OF_DOCUMENT_TOKEN_TO_BE_REPLACED

I sit here scratching my head because of how inane it seems at first. But then it slowly starts to dawn on you. Yes, MechWarrior Tactics is a great attempt at bringing the heart and soul of a tabletop wargame to your PC as a videogame the way that Baldur’s Gate did for RPGs. Especially the multiplayer dynamic.

But forget about the well animated sprites and combat, and the voice acting and pretty much everything that screams “VIDEOGAME”. Instead turn it into a medium for crafting your own Friday night gaming sessions on your iPad or smartphone and then having a virtual tabletop with 3D counters, character portraits that everyone in your group can interact with.

3D Virtual Tabletop is a recently-funded Kickstarter project that lets you do just this:

With multiple counter sizes and the ability to import even Megamek or hexed satellite images, instant BattleTech map

END_OF_DOCUMENT_TOKEN_TO_BE_REPLACED

I know that I’ve mentioned this game more than once – specifically hoping it would some day show up for Android. As it still hasn’t come out for Droid, I managed to wrangle my girlfriend’s iPod while I get my game on – I mean review this promising spiritual successor to the MechCommander series. It’s currently $3.99 in the AppStore. And so far that’s a lot of bang for the buck.

With ‘Mech lab customization for thirty ‘Mechs, auxiliary unit support coming from remote sensors and fire missions, and a cast of believable and obscure but canon characters from the heyday of Operation Revival, MechWarrior Tactical Command is a BIG game in a small package. 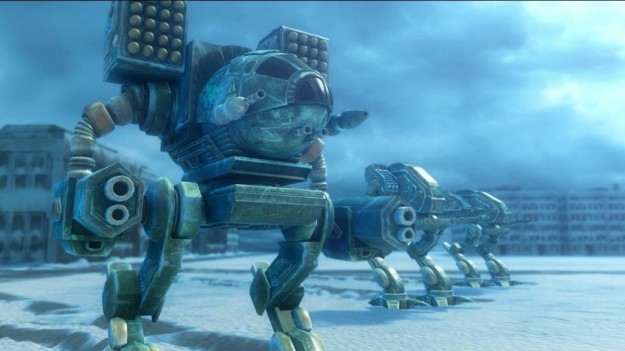