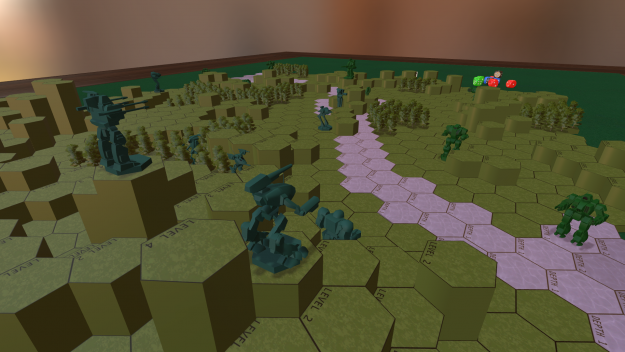 In September, MechFactory released a new and improved iteration of their ISCP, or Inner Sphere Cartography Project. This was announced on their main page which includes an overview of its changes.

For more we asked MechFactory’s owner, Pheonix Wolf about the changes:

BobTheZombie: How and when did this project get started?

Phoenix Wolf: An early idea to create an interactive stellar map of all known BattleTech worlds appeared around 2001. That time we had only a deprecated 16 bit program and a text file with coordinates for 3025-era planets. I thought that a better, usable internet-based map would be a great tool for BattleTech players – especially for those people, who –like my team- are playing BattleTech RPG (MechWarrior was the name at that time). I took the data and began building the first mapping system on php/javascript basis.

END_OF_DOCUMENT_TOKEN_TO_BE_REPLACED

On Saturday, August 2, developers for MegaMek released a preliminary version of a map editor feature for MegaMek.  This will allow players to edit their maps prior to playing, so that they can play on a map they modified.  This highly anticipated feature is in the earliest, debugging stages.

MegaMek is a great way to play the BattleTech game online with some friends.  You just have to have a device that runs Java, and download the free client.  There are numerous programs that run with it to create campaigns, online worlds, and more.  Check out MegaMek and give it a spin.

Once again Reddit has provided a source of fan-based ingenuity and useful content. Cryp71c is in production on a fully interactive Inner Sphere through deep periphery star chart that, among many other things will show political affiliation of each known planet in the BattleTech universe across THIRTY separate time periods.

END_OF_DOCUMENT_TOKEN_TO_BE_REPLACED END_OF_DOCUMENT_TOKEN_TO_BE_REPLACED

I don’t know what it is, but there is something about gaming maps that I just love.  I adore collecting maps from various games and having a huge store of maps to use from various locations.  It’s a lot of fun to have a nice big collection of maps for a variety of occasions.

So when you play BattleTech, where do you get your maps?  Are you still playing on the hex maps made long ago for the game?  Do you play with 3-d terrain or maps?  Maybe you download some maps online and print them out.  Some of you might even make your own maps using various programs and print them for play.  Today let’s look at several map ideas, and then hope that you can add some of the things you are doing in the comments. Into the Water we Go

A few years ago I realized that I didn’t have all of the mappacks that were officially released for the game. I was missing Map Set #4, which had a lot of water maps.  I managed to pick it up and complete my collection.  You can check out the wiki page to see if you have all of the maps.

A lot of games have hexmaps as part of their game.  You can even buy generic hexmaps in gaming stores or through online venues that are designed to be used in multiple games.