By now, you’ve probably heard about Microsoft’s intent to purchase Activision Blizzard, the massive publisher slash developer which produced the first MechWarrior games. This will bring the entire MechWarrior IP back under a single roof for the first time, and it’s gotten some of our hopes up for the possibility of a re-release or even a full-blown remake of MechWarrior 2. Combined with some of the other momentous news beats I’ve heard, I think it’s time we take a critical look at the future of MechWarrior.

And that future should first start with the present, which is MechWarrior 5: Mercenaries. As you know, MechWarrior 5 developer Piranha Games (PGI) was purchased by Swedish games publisher EG7 in late 2020. Since then, MechWarrior 5 has been released on Steam, Xbox, and PlayStation and received two expansions in Heroes of the Inner Sphere and Legend of the Kestrel Lancers.

All told, it’s been a pretty good run for MechWarrior 5, but it’s starting to sound like that run is coming to an end. In its most recent financial report (as noted by No Guts No Galaxy‘s Sean Lang), production on MechWarrior 5 is ramping down.

“Although the community reception [of PlayStation MW5 launch] was very positive, the overall sales on PlayStation had low impact, resulting in an operating loss for the quarter,” wrote EG7. “Piranha has largely finished its development on MechWarrior 5 with limited residual effort for future maintenance. In Q4 2021, as the team further ramps down on MechWarrior 5, the plan is to fully utilize Piranha’s talented team to staff various key projects for the group such as the Lord of the Rings Online update.”

Mechwarrior 5 Dead? We don't know!
Watch this video on YouTube.

It seems pretty clear that MechWarrior 5 is staring at the end. However, all hope is not yet lost. Lang mentions in his video that he’d at least heard of a third expansion that was in development at PGI and it seemed relatively close to being released. While production might be winding down, that doesn’t mean it’s completely ceased, and this unnamed expansion might yet see the light of day.

After that though is a big question mark. PGI still has the MechWarrior license from Microsoft until 2025, and it seems like a giant waste for a company that has spent almost a decade working on MechWarrior to suddenly drop the IP and just become a support studio for Lord of the Rings.

At the same time, we know PGI has been hiring and there are still a few positions available on the company’s career page. It’s possible that part of PGI will be supporting LotR Online while another part continues to support the MechWarrior license. That’ll mean continued updates for MechWarrior Online and maybe--just maybe--work will begin on MechWarrior 6.

One could argue that some tentative work has already begun on MechWarrior 6. As The Art of BattleTech recently reminded me, the Warden Pack for MechWarrior Online included several new cosmetics, including Elemental armored suits. Those Elemental battle armor models would be awfully handy in a future MechWarrior game about the Clans, not to mention MechWarrior Online’s vast library of Clan ‘Mechs. 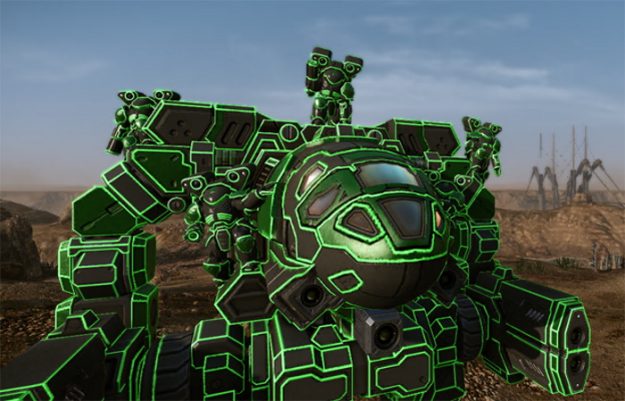 If there is a MechWarrior 6 coming--and this is entirely unfounded speculation, so don’t go saying this is some sort of revelation--my hope is that it features a somewhat more curated campaign. Randomized missions are all well and good and I think MechWarrior 5 has great procedurally generated maps, but what I really remember from the first two Mercenaries games was how even side missions felt like their own memorable stories.

PGI has a lot of experience with MechWarrior and it’d be foolish to throw away the MechWarrior license without using it at least one more time before 2025.

But What About MechWarrior Remakes?

Okay, let’s not get ahead of ourselves. First, the deal between Microsoft and Activision isn’t a sure thing. The FTC has already announced plans to review the merger and FTC chair Lina Khan has expressed growing concern about consolidation in big tech. That deal is by no means a guarantee.

But let’s assume that the FTC doesn’t block the deal. We’ll likely see the acquisition finalize around next summer. Then, Microsoft will own every MechWarrior game produced except for PGI’s games (MechWarrior 5 and MechWarrior Online). This significantly simplifies the legal complications that are inherent in the BattleTech franchise and opens the possibility for those older MechWarrior titles to be released or even entirely remade.

In January’s news report I might have made it seem like Activision was the big barrier to getting MechWarrior 2 released on something like GOG, but it’s come to my attention that’s probably not accurate.

Activision has actually been historically more inclined to release their back catalog on services like GOG, whereas Microsoft has been reluctant to do the same because of GOG’s anti-DRM policies. That’s why you’ll see games like Dark Reign, Interstate 76, and Diablo on GOG, but you won’t find many (or any) Microsoft games.

So why didn’t Activision release MechWarrior 2 on GOG? It’s certainly not for a lack of demand, what with MechWarrior being the second most requested franchise for the platform. I asked Trevor Longino, former head of PR and marketing at GOG, what kept the two apart. “While I was definitely an internal champion for [bringing MechWarrior to GOG], the legal problems were insurmountable,” he told me over Twitter.

But with Microsoft owning Activision, there’d be no need for lawyers to get involved. They’d own the license and the games--all they’d have to do is update it to work on modern hardware.

“There are still a lot of legal hurdles remaining,” Trevor added, “but I admit if I were at GOG these days I’d be agitating for us to bring it up to our legal contacts there.” 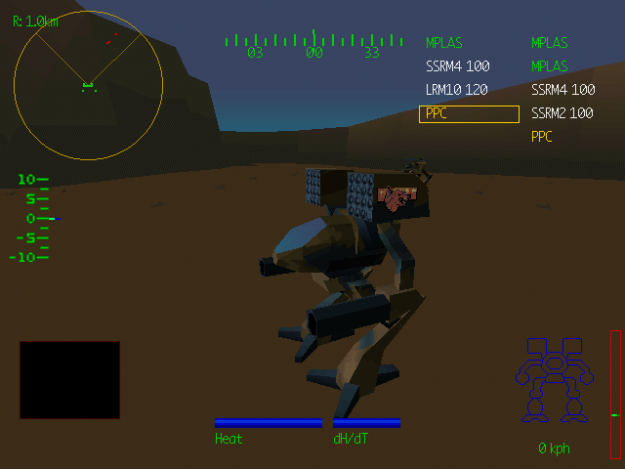 Here’s where we run into the second major issue with a MechWarrior remaster. Yes, Microsoft is an immensely powerful company that certainly has the resources to update its back catalog (just look at Halo and the Master Chief Collection for proof of that), but it comes down to whether or not MechWarrior would be profitable enough to bother. There’s also a technical element involved where some games are cheaper and easier to update than others. For example, MechAssault still hasn’t been updated to work on Game Pass reportedly due to some issues with getting the game engine to work on a modern Xbox.

If there were a third-party developer that specialized in updating old games and was willing to assume the financial risks of doing so, then maybe we’d see those old MechWarrior games return. There are a few game studios out there that specialize in this sort of thing, but one of them stands out in my mind, and that’s Nightdive Studios.


In case you’ve never heard of them, Nightdive has made a name for bringing old but not-quote-forgotten games back from the dead. Games like System Shock, Doom 64, Turok, Powerslave, Darklands, Metal Fatigue, and Strife. Thanks to Nightdive’s proprietary tech, they’ve figured out a way to bring back these old games in a way that’s profitable.

“We’d love to see the classic catalog make a return,” Nightdive CEO Stephen Kick told me after I reached out on Twitter. “It’s long overdue.”

Unintended consequences. The MechWarrior video game IP is now fully consolidated under MS and Topps. So @NightdiveStudio @pripyatbeast what's it gonna take for you to negotiate porting these for a modern release https://t.co/DqFis3XZTa

But will Nightdive me the ones to do it? Kick wasn’t able to make any promises just yet. “All I can say is that with the acquisition the chances of anything happening are greatly improved.”

Still, the possibility is there. For the first time, the biggest barriers to bringing those old MechWarrior games back from the dead are gone. All it took was $70 billion and the biggest merger in video game history, but nobody said BattleTech was a cheap franchise.

Remember to keep your fingers crossed, folks. We could be heading into one of the more exciting times to be a MechWarrior fan.

23 thoughts on “The Future Of MechWarrior”