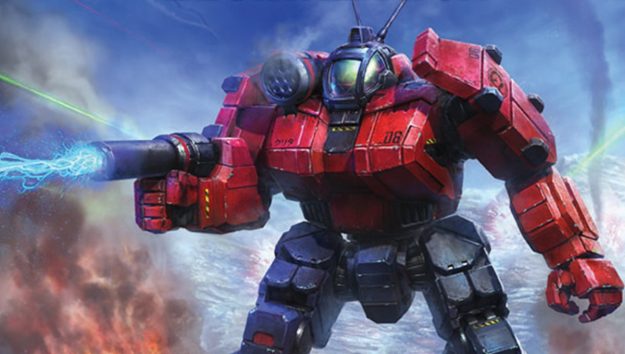 Good news, ‘Mech fans! The upcoming BattleTech box sets, including the BattleTech Beginner Box and BattleTech: A Game of Armored Combat, are on their way to America right now!

According to Catalyst’s most recent update on the matter, both board games have finally been printed and are on their way. They shipped on October 30th, and are due to arrive on the East Coast somewhere on November 26th.

Sadly, it is quite illegal to swarm the dock in order to grab a box before it passes customs, which is likely why Catalyst did not say just which port the shipment would arrive at.

It takes approximately one week to clear customs (and we’re being optimistic here), with the box set slated to arrive at the distributor by December 3rd. From there it will be shipped to various stores across the country.

No tricks this Halloween, but a small treat for BattleTech players – we've got some new information about the much-anticipated BattleTech Beginner Box and BattleTech: A Game of Armored Combat boxed sets! https://t.co/493ZBhRGc2 pic.twitter.com/9YyLL6rqj9

Catalyst will provide further updates as the situation warrants. Keep in mind, these dates are subject to change due to weather, postal strikes, or the announcement of World War 3. But if we cross our fingers and pray to the Blessed Blake Himself real hard, we just might see these boxes under our Christmas trees this year.

In the meantime, there are a bunch of .pdf products coming out, starting with Touring The Stars: Hall on November 9th. As winter sets in with its icy fingers, sit by the fire with your favorite e-reader and a cup of hot cocoa and read about a fictional planet in a far-off solar system.