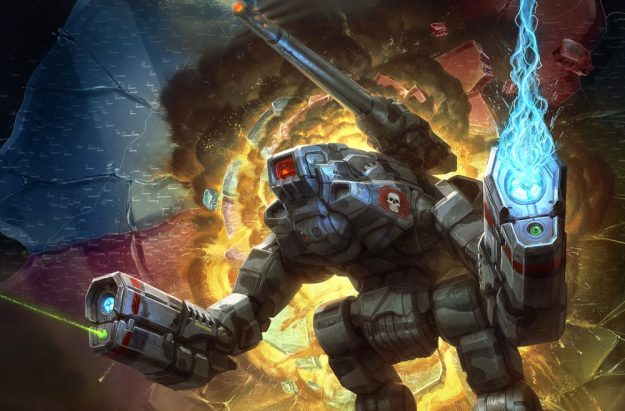 Things are looking bad for Harmony Gold, and good for our BattleTech heroes!

Piranha Games (not to be confused with the Piranha ‘Mech), makers of the successful MechWarrior Online game, have recently filed court documents that would dismiss the case brought against them by the much-reviled Harmony Gold.

If you recall from our last update on the case, there was some confusion on the part of Harmony Gold as they had entered into arbitration against the very company they said gave them the copyrights to the Unseen ‘Mechs, Tatsunoko Productions. At the time it appeared that Tatsunoko never actually owned the copyrights in the first place, which meant that Harmony Gold couldn’t have bought them and thus can’t sue anybody over them.

It looks like PGI found out how that case went since they’ve filed a request for summary judgment to dismiss the case entirely on the grounds that Harmony Gold doesn’t have the standing to bring any case of infringement to the courts. 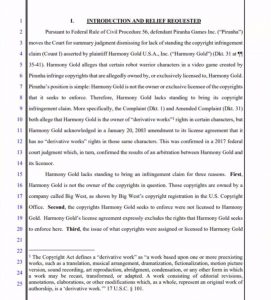 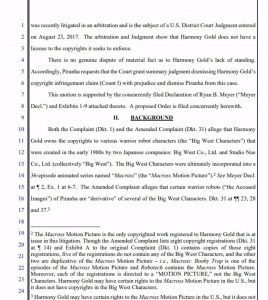 PGI’s lawyers make three compelling arguments that the judge should dismiss the case with prejudice:

That last bit is huge. If there’s a previous court case that a lawyer can point to that says Harmony Gold doesn’t legally own the copyrights, then it torpedoes their whole case. Not that it was a particularly strong case to begin with, if you remember the arguments they made when filing their suit originally.

I know that BattleTech has had some bad luck with judges in the past, but you’d have to be blind, deaf, and dumb to think that Harmony Gold has any legal standing to enforce a copyright they don’t even own. Here’s hoping the judge throws their case, and them, flat out on their asses.

And this time let’s hope they stay gone for good.

24 thoughts on “Update On The Harmony Gold Lawsuit”