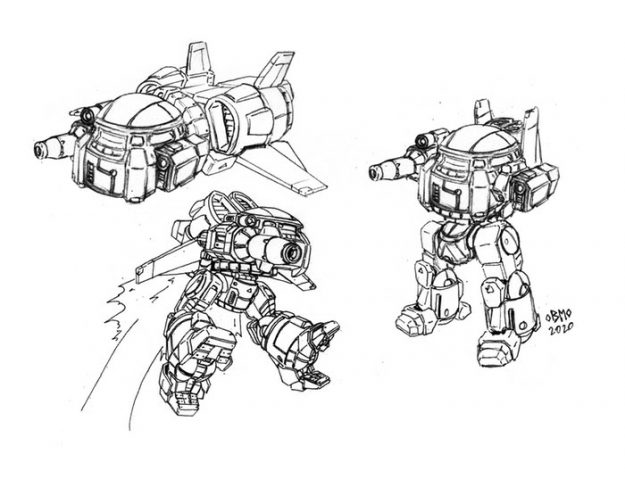 April Fools has come and gone, and with it came the usual assortment of online jigs and japes. Catalyst, as usual, got in on the action with perhaps the best idea BattleTech has ever had: the UrbanMech LAM.

LAMs, as many of you likely recall, were early attempts by FASA to reconcile the Macross/Robotech models used in BattleTech with the transforming robot/planes of the anime. It never really worked out, so the Stinger, Phoenix Hawk, and Wasp LAMs were all relegated to the dustbin of BattleTech history, their presence hand-waved away as merely more Star League-era Lostech.

Save for a few Word of Blake LAMs that showed up during the Jihad, LAMs have remained dead and buried for most of BattleTech’s history. At least, until now.

We present… the UrbanMech LAM! 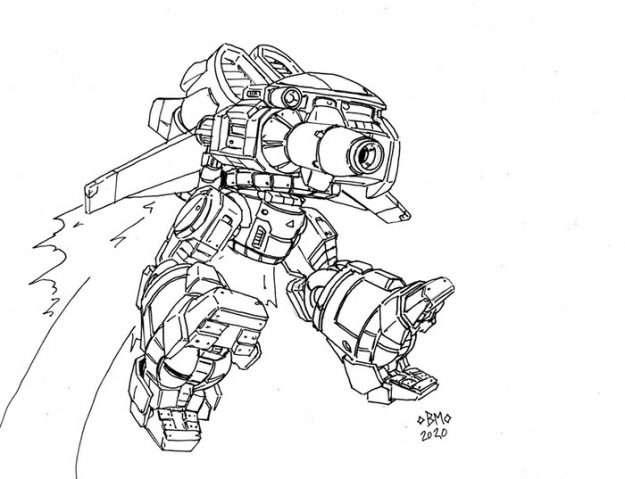 Truly a work of finesse and artistry, this literal flying rust bucket is the creative genius of Bishop Steiner, who regularly posts fancy drawings on his Twitter feed (so you should follow him). Mr. Steiner teamed up with Catalyst to provide a bit of an April Fool’s day joke, but one that I certainly hope gets turned into canon by the various powers that be.

You can read about the UrbanMech LAM on the Clan Invasion Kickstarter here.

Oh, and because UrbanMechs are the best thing ever, someone on Reddit has even created a 3D model of the Urbie LAM so you can make your own miniatures. Catalyst certainly won’t do it, but maybe an enterprising materials engineer will.

The Crazy LAM urbie! It had to be made. from battletech

(PS: I’m aware that the odds of this thing ever getting rubber-stamped as canon are about as good as me flying to the moon by flapping my arms really fast, but in these troubled times, one can freakin’ dream, capiche?!)