We’ve all done it. At some point in our lives as BattleTech fans, each one of us has taken a look at how something played out and asked, “What if….?” This series of articles will attempt to take a look at both pivotal and seemingly unimportant events in the BattleTech timeline and ask this very question. My take on how events might have happened may be different from yours. Please, feel free to share in the comments how you think an event might have played out.  See the previous What If? The War of 3039.

One of the most pivotal and, perhaps undervalued, plot points in BattleTech history is the Victor Steiner-Davion led Star League’s victory in the Great Refusal on Strana Mechty in 3060.

But what if the Clans had claimed victory in the Great Refusal, validating their legitimacy claims for the invasion of the Inner Sphere and calling into question the Truce of Tukayyid?

If you recall the canon Great Refusal results, you will remember that the Ghost Bears announced the completion of their secret move to the Inner Sphere, switched to a Warden stance, and abstained from the Trial along with the rest of the Warden Clans. The remaining Crusader Clans were then matched up against a Star League unit, and the engagements commenced. Let us briefly look at each individual engagement, and I will introduce an alternate result where I see the possibility. 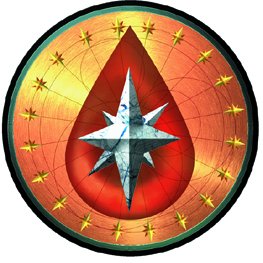 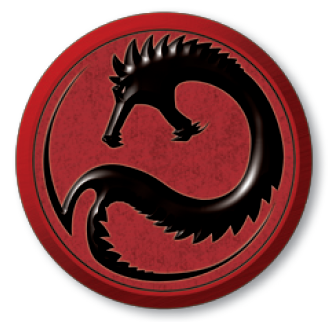 Clan Blood Spirit vs. Draconis Combine – In this match up, I actually see very little alternative to the canon outcome. The DCMS 1st Genyosha was nothing if not experienced in fighting the Clan threat. I’m going to call this engagement in favor of the canon outcome. 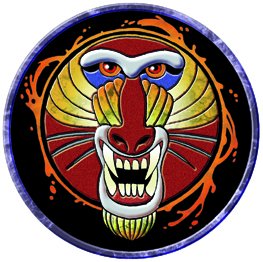 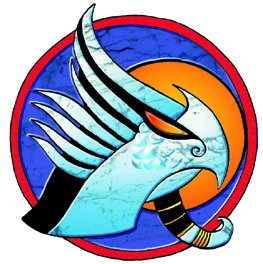 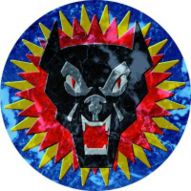 Clan Ice Hellion vs. Clan Nova Cat – This is the first match up in which I will depart from canon. The odds are just too far gone against the Nova Cats for this one not to be questionable anyway. The fury of a Homeworld Clan compounded with the betrayal of an Invading Clan, and then add a heap o’ two dead Nova Cat khans, and I see the opportunity for the Ice Hellions to turn this once against the Nova Cats. 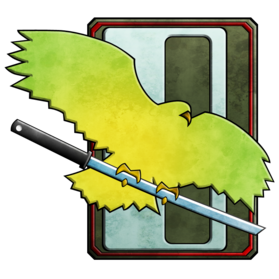 Clan Jade Falcon vs. Comstar – I just plain agree with this one. The Jade Falcons were never going to lose this engagement. Superior positioning and tactics carried the day, and there’s no reason to believe that Comstar’s 472nd Division (Invader Galaxy) could have possibly turned the tide. As much as some people would probably like me to turn a Jade Falcon victory into a defeat (and there are probably just as many people who would burn me for it!), I think this one stays as written. 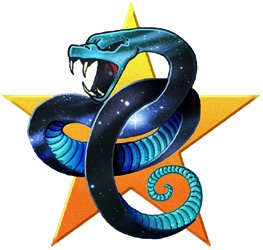 Clan Star Adder vs. Free Worlds League – Talk about a mismatch. Yeah, I have to side with canon on this one, too. It is widely believed that had Clan Star Adder been part of the Invading Clans, everything we know about BattleTech would have changed. Heck, that concept by itself is one huge “What If?” article anyway. The Star Adders exhibited a kind of precision that is scary to think about being executed on an invasion scale, and the 1st Free Worlds Guards were never really the same unit afterwards. 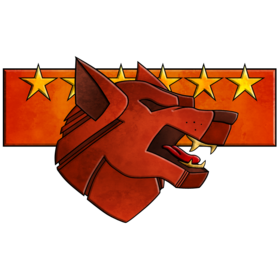 Clan Wolf vs St. Ives Compact – This is one of the match ups that I had to think about for a moment. I couldn’t just simply reverse the canon outcome because it canonically ended in a Draw. However, I did land at a decision on how to call this one for the purposes of this article, and it is in the favor of the 1st St. Ives Lancers. The presence of Kai Allard-Liao is the tipping point here. Canonically, Khan Ward was defeated and forced to abandon his OmniMech during the fight, and I think that is enough of a wedge into the “What If?” territory of saying that with a few minor changes, such as the Wolves taking a bigger morale hit seeing their Khan defeated like he was, that this contest can easily go in favor of the St. Ives Compact. You may wonder why I would even bother with changing this result, considering the premise of this article, but I thought it would add to the weight behind the last match up. 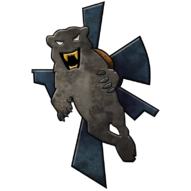 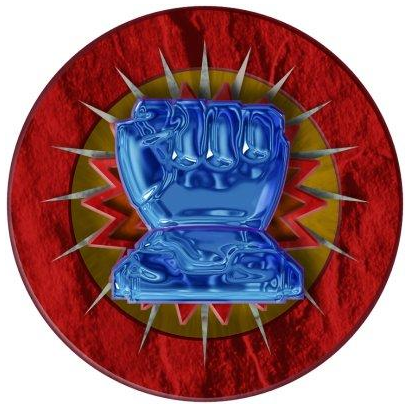 Clan Smoke Jaguar vs. Federated Commonwealth – And here it is, the true turning point in our exercise. Canonically, ilKhan Lincoln Osis and his Smoke Jaguars, the last of their touman, recklessly abandoned Clan honor and haphazardly attacked their FedCom opponents, culminating in a final charge from Osis at Victor Steiner-Davion, giving the young leader no choice but to behead the Elemental with a katana. Instead of that fate, let us suppose that Lincoln Osis found himself desiring the Invasion to continue even beyond the life of his now destroyed Clan. In true Smoke Jaguar fashion, I would assume that Osis kills Victor in the combat, solidifying the Clan victory in the Trial.

Now we can finally attempt to get to the heart of this exercise. I know it took us a while to get here, but I think it was worth it to lay the foundation, for several reasons. The first and most obvious consequence is that the Clans do not allow the Star League forces to leave, instead capturing them and holding them prisoner. Perhaps they hold Trials for the right to absorb the winners, with the Clans that beat their opponents in the Great Refusal keeping their opponents as isorla.

Next, with the truth now out concerning the Smoke Jaguars, Lincoln Osis is undoubtedly immediately challenged and the tiny remainder of his shattered Clan quickly absorbed. I am going to place this honor in the hands of Clan Star Adder, who at this point is in one of the strongest positions both politically and militarily. The newly elected ilKhan Cassius N’Buta would have ordered swifter retribution against the now dezgra Clan Nova Cat, and it is doubtful that the Abjured Clan would have made it out of the Clan Homeworlds with any personnel and equipment to speak of. Nova cat presence in the Inner Sphere would have been much less than it was.

With the Invasion now legitimized in the minds of the Clans, it might not have taken much more than a simple vote for the Clans to vacate the Truce of Tukayyid, and several of the Warden Clans that abstained from participating in the Great Refusal may even have voted with the Crusaders to remove the Truce as an obstacle. Whatever the case may have been, an invasion corridor was now open with the demise of the Smoke Jaguars, and I posit that Clan Star Adder would have taken over the corridor, hitting the battered Draconis Combine and demoralized Inner Sphere with the news that Taskforce Serpent was defeated.

With a fresh Clan jumping in and winning back former Smoke Jaguar worlds, the Jade Falcons, Wolves, and Steel Vipers would again be free to pursue their respective goals within the Inner Sphere. The only Clan that this new situation puts into a bad spot is Clan Ghost Bear, which has for the past several years worked to integrate into its new Inner Sphere home. Renewing the invasion could have disastrous effects for the Ghost Bears.

With their newly declared Warden status, I would say that while the Ghost Bears would not have actively hindered the other Clans in any way, they likely would not have continued with the renewed invasion. Perhaps this would have made them a target for the other Clans, but I doubt they would have been a target for any of the Invading Clans nor for the Star Adders who would have plenty to deal with in the former Smoke Jaguar corridor. At worst, the Ghost Bears would have come under attack from a Homeworld Clan seeking to gain a foothold in the Inner Sphere, such as Clans Hell’s Horses or Ice Hellion, both of whom canonically plan invasions of the Wolf and Jade Falcon Occupation Zones respectively.

As far as the effect that losing the Great Refusal would have had on the Inner Sphere, I would expect no small measure of panic. The battle weary troops that had just vanquished Clan Smoke Jaguar would once more find themselves defending against a very tough Clan opponent. The Federated Commonwealth would probably not have seen its Civil War, at least not like it happened in canon. My guess is that Katherine Steiner would have solidified permanently her position as “First Princess” and would have never been significantly challenged.

Without the turmoil of the FedCom Civil War, the Chaos March should have been a relatively short-lived entity, with Katherine’s solidified power block moving back into the region. With nobody seriously contending against Katherine’s rule, the Federated Commonwealth would have stayed a single entity, meaning continued troubles for Clans Jade Falcon and Wolf.

And the Star League? What Star League? Only victory in the Great Refusal kept the Star League together as long as it did, and without the victory and a renewed Clan Invasion, the individual realms would have likely looked back to their own interests.

We can go on from here, but there is not much point. Beyond what I have already described, there is not much more we can do without plotting out a brand new course, which is exactly what this article does. I would rather leave it here, with the immediate ramifications of the Star League’s failure in the Great Refusal being the shock that may very well sound the death knell for the Inner Sphere. A renewed Clan Invasion is the only outcome of this “What If?”, and this time, there are no Warden ilKhans in place to protect the Inner Sphere and its people.

For further reading on the canon events referenced in this article, check out these BattleTech products.

24 thoughts on “What If? – The Clans Won the Great Refusal”