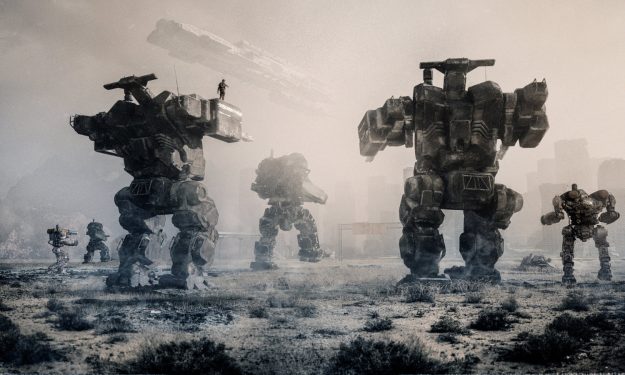 I dunno about you, but this ongoing coronavirus pandemic is starting to get to me. Not only have I been cooped up inside without being able to see friends or family for a month (a situation unlikely to change in the near future), but I’m also terrified that each time I go to the grocery store it might be my last. There’s also that whole specter of a global economic collapse the likes of which we haven’t seen since The Great Depression, which sounds like a gay old time.

I’m sure some of you are feeling the same way. What we need to do is redirect that coronavirus anxiety into something that’s more productive. And what could be more productive than mindlessly speculating about which fictional giant robot could best survive a very real pandemic?

Time for us to go on a journey, my friends.

For this intellectual exercise, we’re going to pick a ‘Mech from each class that is A) has a cockpit that is atmospherically sealed, B) is non-ammo dependant so as to avoid having to re-arm itself and risk breaking social distancing with ‘Mech techs, and C) has a relatively spacious cockpit with decent air recycling.

A) should be pretty much every ‘Mech in existence that has been properly maintained, so we’re really focusing on B) and C). There are plenty of energy-only designs, so criteria C) is the real sticking point. Luckily, I know of a few that had some decent space for spending months at a time trapped in a ‘Mech’s cockpit. Note that these are all Inner Sphere designs as Clan cockpits were universally cramped and spartan as they were designed for quick fights and not extended battles against an unseen enemy. 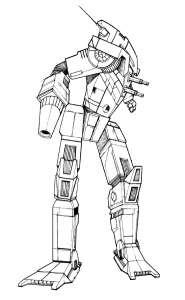 There are actually a few benefits to the Wolfhound for surviving a pandemic. First, it’s all energy all the time in all its various forms, so you never have to worry about bringing people into close contact in order to reload (except for the mutant Free Worlds League model, the WLF-3M, which features a Light Gauss Rifle).

Second, it’s got a rumble seat, so we know that it’s got a spacious enough cockpit to have a passenger. You might even be able to stretch your legs out and have a horizontal nap. I haven’t seen the inside of a Wolfhound (besides the view offered in MechWarrior 4 and MechWarrior Online, of course), but Sarna’s cockpit page points out that most IS ‘Mechs also had enough space for a small toilet and a meal-prep area.

Third, and most importantly, it’s got a Full-Head Ejection System, so even if you do get taken out and are forced to eject you still don’t have to inhale possibly virus-tainted air. Everything is always enclosed. 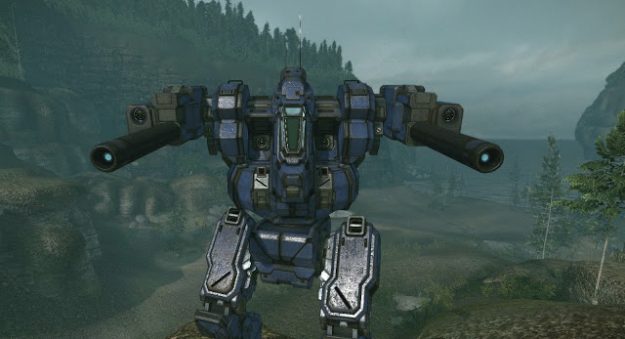 This one’s tough since most medium ‘Mechs aren’t designed for creature comforts. They’re designed for maximum combat efficacy for the minimum of cost, and where these two concepts intersect doesn’t leave a lot of room for something as inefficient as headspace.

That said, we can still take consideration for Inner Sphere designs that were created for extended operations. One of those ‘Mechs just so happens to be the BJ-3 Blackjack. I’ve always liked the look of the Blackjack, and the BJ-3 takes out those piddly AC/2’s for a pair of PPCs and enough Double Heat Sinks to actually use ‘em on occasion.

Being a St. Ives Compact design, you just know their engineers will pay special attention to atmospheric sealing, given how the Capellans are wont to experiment with bio and chemical weapons (and occasionally on their own citizens). It doesn’t have a Full-Head Ejection System like the Wolfhound, but that bulging head looks like it’ll have some extra space to kick your feet up. 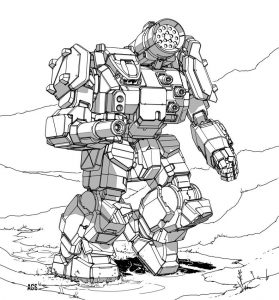 Why the Thunderbolt was given such a roomy cockpit we may never know. But if I had to live out my days in isolation, I want the most space I can get, and that means the Thunderbolt.

Unfortunately, all variants of the Thunderbolt have some ammunition dependency, but even the TDR-5S has a fair number of energy weapons that will keep it in the fight long after it’s missile and machine gun bins are exhausted. 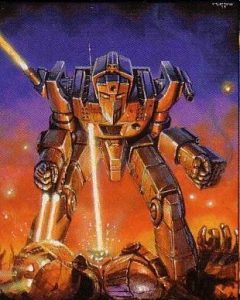 Inner Sphere assault ‘Mechs tend to have spacious cockpits. Is this because Inner Sphere assaults are often piloted by nobles, generals, and high-ranking officials? Or is it simply because they’re larger and have more space to leave to creature comforts like a storage bin and an espresso machine?

These are questions left unanswered in BattleTech lore. But the Grand Titan has enough space for a goddamn back room and that’s good enough for me. You could play poker with your MechWarrior pals in this thing if it weren’t for social distancing.

According to the 3rd Edition MechWarrior RPG, this is what lays behind the command seat of the Grand Titan: 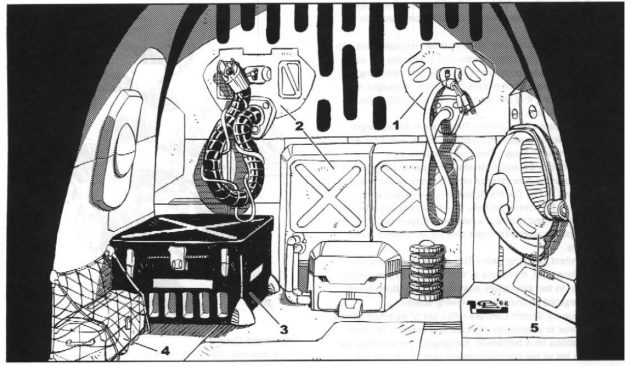 Is that a big enough to place a bed and breakfast? You damn right it is. I can’t tell if whatever is labeled “2” or “5” is where you go to the bathroom or where you recharge your cell phone, but either way it looks spacious and comfy.

Besides that, the Grand Titan is delightfully fast for an assault ‘Mech, has plenty of pulse lasers for when the ammo bins run dry, and the T-IT-N14R has an Improved Life Support system, an armored cockpit, and a Full-Head Ejection System.

As great as my suggestions are, I must admit to not having quite the encyclopedic knowledge of BattleMech amenities as perhaps some of Sarna’s illustrious readers. To that end, I ask you all to discuss which BattleMechs have the most luxurious amenities for their lucky pilots in the comment section below.

And as always, MechWarriors: Stay Syrupy

28 thoughts on “What ‘Mech Would You Survive The Coronavirus Outbreak In?”