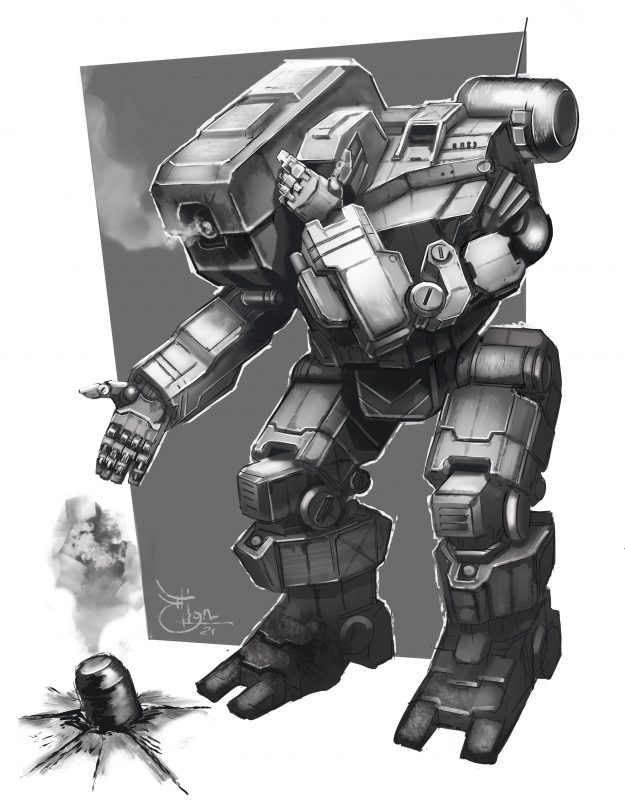 So it’s been a few years since I wrote an article that compared BattleTech’s autocannon rounds to high explosive pancakes, and while it was a fun piece to write, something has always bothered me about it. There were a lot of responses, all of them from folks much more knowledgeable than myself about military ballistics I’m sure, and they all seemed to make valid points on why a gun’s bore size doesn’t necessarily mean anything when it comes to effective range.

Notably, none of the comments really went over my math to disprove that BattleTech’s cannon munitions are not actually flat discs, so I’m pretty confident that I can convince CGL to one day accept my article as irrefutable truth.

But the range thing--that’s stuck with me. Of course, writing for Sarna is a busy job what with all the BattleTech news that never seems to end (go read Sarna’s recent March news blast to find out what’s going on with MechWarrior 5 and MechWarrior Online, by the way), so I never got the chance to actually go through all those comments to see just what the heck they were talking about.

Until now. Yes, four years later, I’m taking a dive into the deep end of artillery to see just how a larger gun can shoot a bigger bullet not as far as a smaller gun firing a tinier shell. 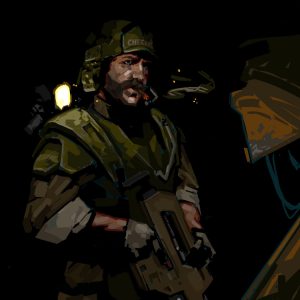 And my journey starts with, of all people, Tex of the Black Pants Legion.

From my previous interview and listening to the Black Pants Legion podcast, I knew that Tex was a gun nut and also a military historian, so I figured if anybody knew a thing or two about guns, it’d be him. Sadly, Tex is a busy guy and I wasn’t able to get a full interview, but he was able to point me in the right direction while desperately defending his homestead from COVID zombies.

“Sean, you fuckwit,” I can clearly recall him telling me over a brief Discord call. “Barrel size doesn’t mean jack shit. There’s way more that goes into making a shell go zoom, like stabilization, recoil reduction, heat dissipation, and propellant. Look, you’re a smart guy, just check out this Italian naval cannon and you’ll figure it out.”

Then he hung up after several loud gunshots. I assume he’s fine.

That Italian naval cannon, by the by, was the Oto Melara 76mm autocannon, perhaps one of the best examples you can find today of what an autocannon from the year 3025 might look like. And as I researched the Oto Melara, I was surprised to find that it possessed qualities that seemed to belie its diminutive bore size.

For those unaware, bore size refers to the diameter of the barrel and is often used as a rough measurement to describe a gun’s overall size. However, it is but one measurement of many, and it can often obscure a cannon’s true power.

If you’ll remember from my previous article, the general rule with guns is that the bigger they are the farther they’ll shoot; an M1911 semi-automatic pistol will never be able to shoot as far as an M119 howitzer no matter how much you rearrange the numbers one and nine. But once you get into the artillery range of cannon sizes, things get a lot more… complicated.

The problem with ballistics is that there are way too many factors that’ll determine a gun’s maximum range. That said, we can narrow things down to a few topics and then discuss how those factors could contribute to BattleTech‘s inverse relationship when it comes to bigger guns firing over shorter distances.

The factors leading to a projectile traveling as far as it can are numerous, but they always start with the same thing: a really big explosion. That explosion then needs to be contained and directed down a barrel that won’t also explode along with the shell that the explosion is pushing. Then there needs to be recoil dampening, exhaust evacuation, and a loading mechanism, all of which need to be appropriately balanced in order to maximize performance.

And that’s what I think Tex was alluding to when he pointed me at that Italian naval cannon. In order for BattleTech’s autocannons to be mounted on a ‘Mech at all, they need to sacrifice some of the factors that allow a cannon to fire with longer range. 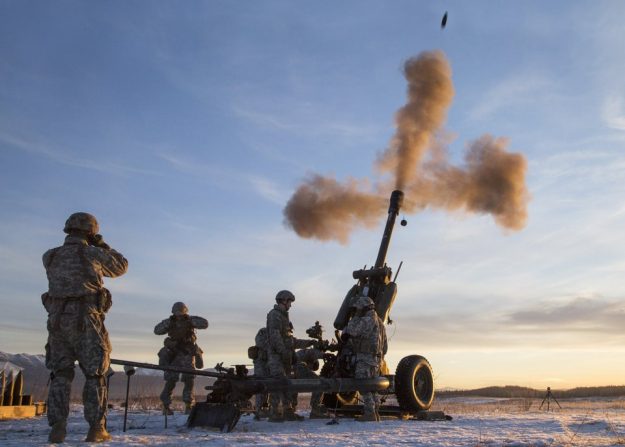 Let’s take the Oto Melara 76 mm as a starting point and compare it to the M119 105 mm howitzer. The Oto Melara has a maximum firing range of 20 km, while the howitzer has a maximum range of 17.5 km. The Howitzer fires a larger shell (105 mm), but the smaller shell of the Oto Melara not only flies further, but it also has a lot of friends with a fire rate of about 80 rounds per minute. The M119, on the other hand, struggles to fire 3 rounds per minute with a well-trained crew.

One is a manned field artillery piece designed to be carried on the back of a truck. The other is installed in a naval turret with an automated loader mechanism and radar-assisted fire control. There’s a lot more going on with the Oto Melara to allow its shells to exceed that of the field howitzer, but the point is that a big shell doesn’t always mean one that’ll go far when the cannon goes boom. 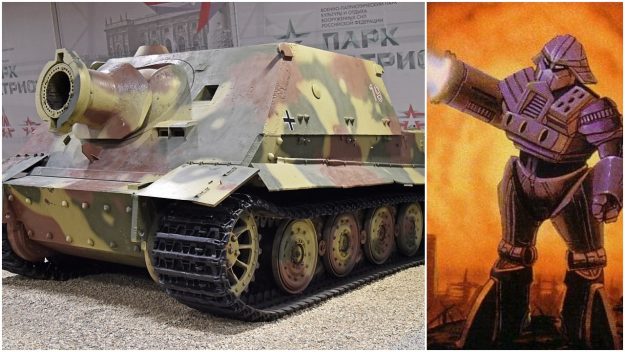 Are you my daddy?

We can see an even better example of this by heading back to the final days of World War 2. The Sturmtiger has a gaping 380 mm barrel that’s barely a few feet long--sort of like how you see on certain ‘Mechs such as the Cauldron Born-B, Thunder, and Emperor. Because the German designers tried to shoehorn an enormous gun onto what was essentially a mobile bunker, enormous sacrifices were made to range and fire rate, such that the rounds fired from the Sturmtiger were more like mortar shots with a range of roughly 5 km.

Compare that to something like the 16-inch (406 mm) naval guns on most US battleships of the same era, which had a range of over 40 km, and you see just how meaningless a gun’s bore size can be.

You Need Space To Shine

So what does a cannon need to lob a round as far as it can? Well, as the guns of the Mighty Mo prove, you need a big-ass barrel, a ton of propellant, and something for that propellant to explode against that won’t shatter into a million pieces (and also probably sink the ship that’s firing the round).

Let’s maintain our comparison between the 16-inch guns of the USS Missouri and the Sturmtiger to further prove this point. To get that 43km range, Mighty Mo used six propellant bags that weighed roughly 100 lbs each. The barrel was about 67 feet long, and the whole gun including the breach weighed roughly 134 tons. 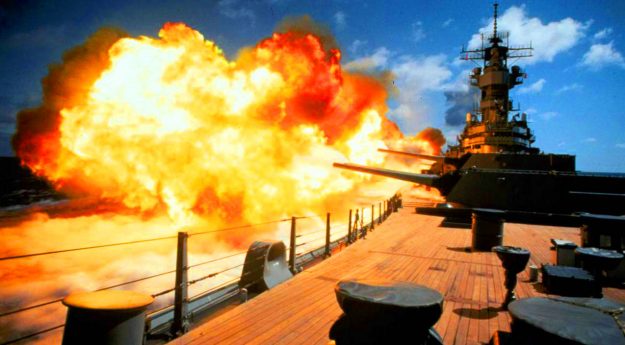 Now the Sturmtiger. To ensure that it didn’t blow up every time it fired, the Sturmtiger’s rounds were technically rockets that were integrated into the 830 lb projectile. The barrel was only about 8-feet long, which wasn’t even that much more than the 5-foot long shell itself. And in order to be mobile at all, the gun itself had to be relatively light in order to fit onto the Sturmtiger’s chassis, which topped out at 75 tons.

The Sturmtiger is just like an AC/20 in BattleTech. It had to sacrifice so much in terms of barrel length and gun mass just to fit onto a mobile chassis like a ‘Mech that it lost all the important bits that let a cannon fire like it was Iwo Jima in 1945.

Expand this concept to the rest of BattleTech‘s autocannon line and it doesn’t sound all that unbelievable that the smaller a gun gets the longer its range. To help drive this concept home, I’ve made a series of charts that compare historical weapons and autocannons. Note that the axes are not to any particular scale.

Here we have historical cannons. Note the trend that as a cannon gets larger its attendant vehicle needs to also get larger to maintain that gun’s performance. 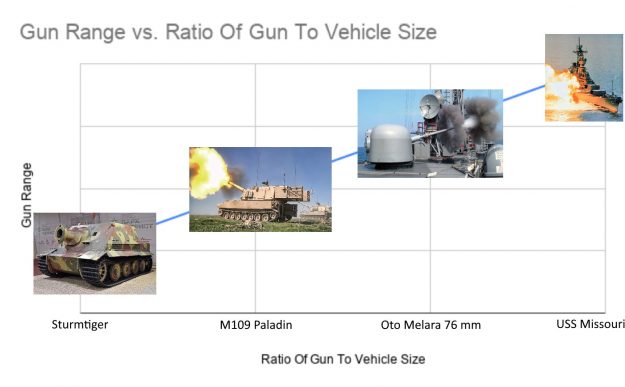 Now check out the same chart I made for ‘Mechs and autocannons. Note that ‘Mechs don’t vary nearly as widely as historical military vehicles, so bigger autocannons sacrifice range to stay viable on the platform. 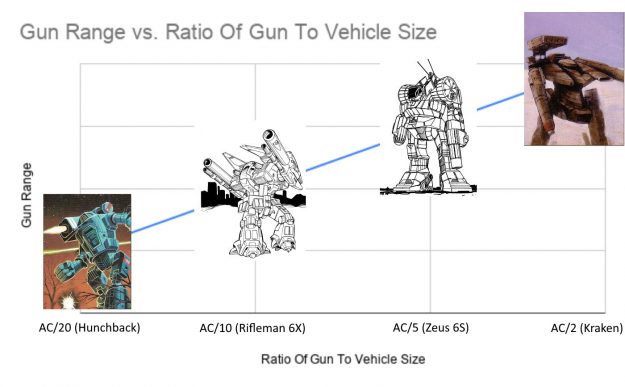 And there you have it. Big guns need big vehicles, and if you don’t get bigger, then those guns have to lose explosive power resulting in less range. BattleTech’s autocannons are not stupid at all and are in fact a clever recreation of what would actually happen if you tried to stick giant cannons onto a giant robot.

Of course, this completely ignores the fact that not all autocannons have the same caliber, even amongst the same class. An AC/20 could be a rapid-firing 120mm cannon or a giant mortar-style 300mm cannon (or anywhere in between) with damage values merely representing their destructive capacity and nothing else.

But that’s a topic for another time.