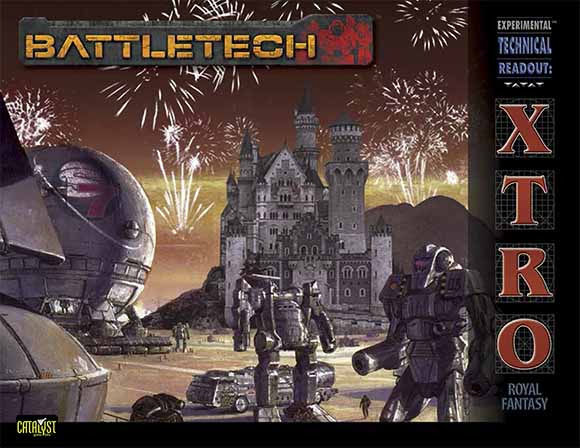 Then there was much rejoicing along with much confusion.

Recently the latest experimental technical readout (XTRO) has been dropped on us.  I’m not sure if the April 1st release date has anything to do with the contents of XTRO, but it’s a quite amusing, but interesting, addition to the BattleTech lineup. The main gist of this release is a tie in of various designs with pilots that were obviously heavily influenced by Disney characters set in the Dark Age era. It’s very tongue-in-cheek, but some of the designs are actually pretty interesting.

For this author, just SOME of the standout designs are:

PXH-7KJ Phoenix Hawk “Jasmine” – An interesting design in that although the ‘mech itself is decently armed, it has a drone system that allows it to engage at range at little risk to the main unit. This makes for tantalizing game play options.

CH11-NGC Gunsmith “Cinderella” and “Ugly Step-Sisters” – Ranging from a light, fast strike unit to some really hard hitting medium designs, as a group they would be pretty deadly in any arena fight.

TBT-7MM Trebuchet “Merida ” – A fantastic re-working of a classic design, it’s made even deadlier by the addition of Streak LRM’s.

HKZ-1FM Hitotsume Kozo “Mulan” – Another fast and hard hitting design, with its’ heavy PPC it can also duel at range effectively.

TSN-X4R Tessen “Rapunzel” – A fascinating melee design that uses a “hair braid” as an anti-‘mech whip.

GST-10A Ghost “Aurora” – With a MML9 system it’s a capable multi-role fighter with the amazing addition of a rare Void Signature System.

There are many more that go on, and although not exactly BattleTech canon, it’s an amusing and interesting application of the BattleTech system to a theme that would bring many smiles just by paging through it. Check it out for yourself and download it for free!