Well, now it’s April, and I’m still waiting on the go-ahead to get me some of that sweet sweet COVID vaccine. Here in the wilds of Canada, vaccines haven’t been as readily available as the rest of the world, and being in a relatively low-risk group (I work alone, at home, in the dark usually) means that I’m not really a priority to get vaccinated. That hasn’t stopped me from camping outside the pharmacy every day waiting for the sweet taste of stainless steel.

Anyhow, let’s get to the BattleTech news for April, shall we?

MechWarrior Online Gets Its Second Big Balance Patch, But This Time The Players Did It

So. This is a big change for MechWarrior Online. Previously, PGI had absolutely no problem with ignoring complaints from players, but after last March’s balance pass went over about as well as Dire Wolf with a faulty drop pod, PGI has had a change of heart.

March’s balance changes are being reversed in April’s patch. Not only that, PGI has brought on The Cauldron, a group of both professional and casual players previously known as The Gulag, to work on MechWarrior Online’s future development. This provides direct player input into the design process for MechWarrior Online for the first time, ever.

I don’t know who all these Cauldron folks are, but I do know that they have some pretty great ideas for revitalizing MechWarrior Online. That starts with a comprehensive balance pass that attempts to tone down over-used meta weapons, dial up under-used off-meta weapons, and just overall makes every weapon effective in its own role.

On top of that, The Cauldron plans to increase baseline agility for all ‘Mechs, perform a re-scaling pass so certain ‘Mechs won’t be uncharacteristically gigantic for no reason (I’m lookin’ at you, Shadow Hawk), and a quirk revision pass that will make crappy ‘Mechs worth using again (my Nova eagerly awaits a return to relevance).

The Cauldron has already posted the weapon changes on the MWO website, so you can go over them there to see some of the new numbers. Almost everything has been adjusted in one form or another. I don’t think it’s overstating things that MechWarrior Online will feel like a totally new game once this patch goes live.

Weapons are getting the attention for April, while May’s patch will be about agility changes. Maps are also getting some attention as well with changes to spawn points and other tweaks, with particular attention to Canyon on the first go.

This is all great to hear, but I’ve been playing the game recently to pick up some of the free ‘Mechs, and I still absolutely abhor this game’s utter fetish for embedded menus and clicking buttons. It takes 5 clicks to start a friendly playgroup when it should take 2. That and the team deathmatch gameplay means that I’m often waiting for a game to start as long as I’m actually playing it. A 50% game uptime is still really awful.

But hey, baby steps. First, let the players fix the wildly unbalanced game, and then maybe we can talk about GUI design. I’ll be taking a look at the new patch this weekend to see how it changes the game for the better.

MechWarrior: Living Legends Adds The Archangel And Two Tanks To Its Arsenal 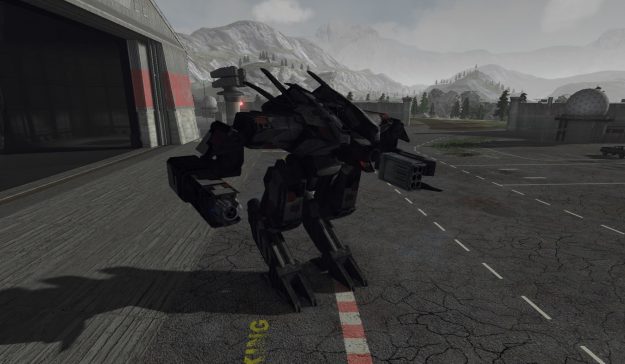 From MechWarrior Online to MechWarrior: Living Legends, which also recently got an update. Included are the Shoden and Schrek assault tanks--the first a Clan missile support tank and the second an IS PPC carrier. Update 0.14.0 also adds the oft-requested Archangel, the terrifying Word of Blake assault ‘Mech.  The retractable blade on the Archangel is strictly cosmetic, so don’t get too excited.

Update 0.14.0 also brings several map revisions, bug fixes, and a targeting control revamp. You can get the patch now over on ModDB.

Gallery 3025 is already showing us just how valuable it can be. With their help, DC Bruins was able to complete an animatic that shows a possible scenario from Operation Bulldog.

It’s not quite a finished animation as you can see most of the moving pieces are built from sketches, but the small amount of animation added here and there add a lot to what would otherwise be a storyboard set to some intense music. DC Bruins has been working on this piece off-and-on for years, and it’s great to finally see it come to fruition.

But don’t expect to see a polished version for a while. Animation takes a LOT of work, so getting DC Bruins to give Operation Bulldog some color will take a lot more patrons on Gallery 3025. Which is my way of saying you should all subscribe to Gallery 3025.

Seriously, I love this and hope to see a lot more from DC Bruins in the future.

Last month, I thought Wolves was treating us to a Raven showcase when they were actually showing off the Raptor II, a ‘Mech with a lot of MechAssault history for being essentially created just for MechAssault 2: Lone Wolf. Pyjama Boy kindly corrected me and promised that this month we’d get to see the Raven in action.

And what Pyjama Boy promises, Pyjama Boy delivers. Here’s a Raven, and here it is in shooting the shit out of a bunch of Summoners, Cougars, and several other Ravens in an alpha build of Wolves.

Also, we got a date for Wolve‘s next big update. Wave 2 of Wolves will bring the Raven, Raptor, Hellbringer, Summoner, Atlas, and Mad Cat Mk II, as well as three new maps to clear out endless hordes of enemy ‘Mechs on May 1st. That’s not very long at all, so be sure to download the game now to be ready to play on patch day!

Remember That Stupid Ship That Got Stuck In The Suez Canal? Well, Bad News For Clan Invasion Backers… 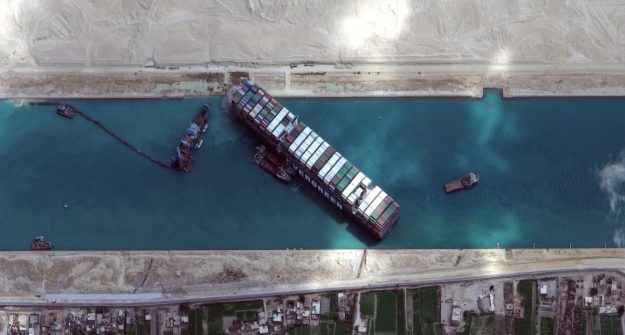 Yup. That stupid ship--Evergreen or Everclear or Everwhatever--has caused an already strained logistics chain thanks to COVID-19 to just up and snap. So expect a somewhat later shipping date for Wave 2 miniatures than previously indicated. Catalyst said in a recent Kickstarter update that they’re hoping to have everything State-side by June 10, but that assumes some other giant-ass ship doesn’t get its giant ass stuck in the Suez Canal.

Whatever. We’ve been dealing with disappointments for over a year, this is just one more to add to the pile.

On the plus side, Book 2 of the Highlander Covenant series, Paid in Blood is now available to all, as well as Fall From Glory by Randall Bills. There’s also Recognition Guide: ilClan Volume 14 available now from Catalyst or DriveThruRPG. No ship getting stuck in a canal can stop these digital products! 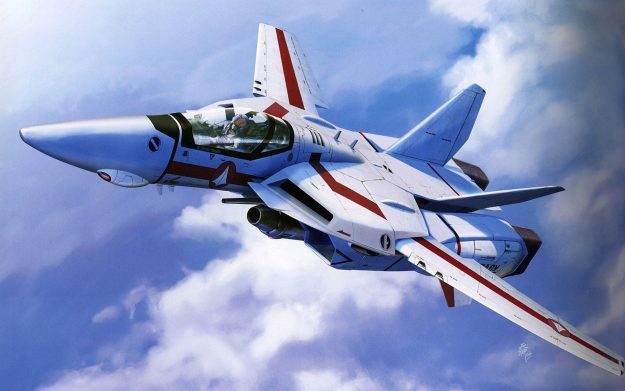 Harmony Gold has long since settled its ongoing dispute with BattleTech‘s IP holders such that we will likely never hear from them again. But Robotech was a franchise that wasn’t so lucky. In much the same way that FASA got dragged into a massive IP dispute thanks to Tatsunoko selling their ‘Mech designs to whoever would pay for them, Bigwest and Harmony Gold have been fighting over the Macross and Robotech franchises for decades.

And now it seems that fight has also come to an end. Both the Robotech and Macross websites have issued statements confirming that Bigwest Co. Ltd. and Harmony Gold have come to a mutual agreement that ends their decades-long dispute.

What this means is that the Macross films and television sequels can now see worldwide distribution once again. It also means that Bigwest won’t stand in the way of the upcoming Robotech live-action film.

It’s pretty crazy to see the evolution of these legal disputes. I guess Harmony Gold has finally figured out that sitting on their IP won’t get them any more money, and the only way it’s worth anything is if they use it. A lesson learned likely from their loss against BattleTech.

Someone Put A ‘Mech In Smash Bros. For Some Reason…

Yeah, I’m not sure why this exists, but it’s cool. We have Mecha Krizalid to thank for this crossover that places MechAssault‘s Cougar inside of Project M, a mod that allows for user-generated content to be added to Super Smash Bros. Brawl.

I gotta say, even at 35 tons, the Cougar is ludicrously overpowered for Smash Bros. Like, what the fuck is Pikachu going to do to an OmniMech? Shock it slightly? Run around? And the Cougar seems to be able to tank damage up to the 200s while one-shotting Mr. Game And Watch with a PPC blast to the face.

The video description reveals that not only will the Cougar be present in this mod, but various other BattleMechs are going to make an appearance as costumes for the Cougar. I’ve already seen an Uller in action, and I think there was an Atlas II mentioned.

That’s it for April! Next month will bring the arrival of MechWarrior 5: Mercenaries on Steam and the Heroes of the Inner Sphere expansion, as well as the usual surprises that I’ve come to expect from the BattleTech community.

6 thoughts on “Your BattleTech News Roundup For April 2021”