Welcome, ‘Mech fans, to your August news roundup! The West Coast is on fire and the Gulf Coast is underwater, which is not a great way to end the summer. For all those in affected areas: stay safe, stay healthy, and stay in your cockpits if at all possible. Most ‘Mechs have an air filtration system and oxygen supply provided you’ve been keeping up with your maintenance schedule.

Now let’s get this show on the road! 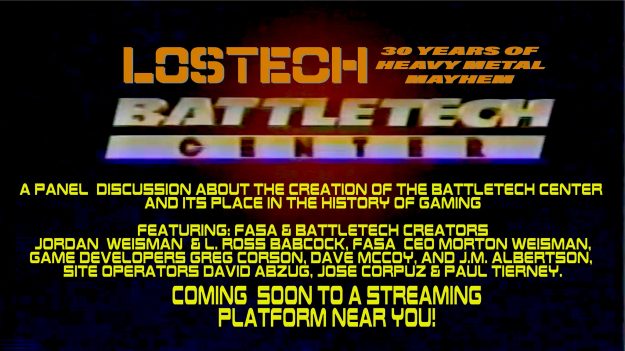 Virtual World LLC is hosting an interview with BattleTech’s founders to discuss how the BattleTech Center became a thing.

It’s been a minute since we heard from the folks at Virtual World, and although the pandemic has put a crimp in their usual convention touring where they bring BattleTech Simulator Pods all around the country, they’ve decided to do something at least equally as impressive to make up for it.

Called “Lostech,” this upcoming video interview with Jordan Weisman, L. Ross Babcock, and FASA CEO Morton Weisman will discuss the origins of the BattleTech Center, those delightful simulator pods, and Virtual World Entertainment. Expect things to get nostalgic as both game developers and simulator pod operators will be in the panel discussion too. 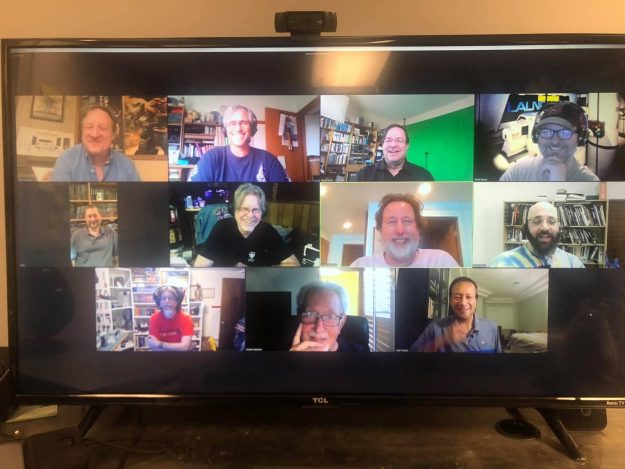 I reached out to Nick Smith to get the lowdown, and this is what he wrote back to tell me:

The Lostech project has been a pet project for some time and is the work of Chris “Lynx” Chapman, a former Virtual World Entertainment Group and FASA Interactive Technologies employee. (You may have also commanded him on MechCommander.)

For years, many of us affiliated with Virtual World have been proudly telling the stories of how so many things that we take for granted in the games industry today’s were first seen at the BattleTech Center in Chicago in the early nineties. Head-To-Head multiplayer gaming, “GamerTags”, defined roles in multiplayer gaming, mission review, and televised E-Sports, to name just a few, all owe some of their histories to those early days in Chicago at the original BattleTech Center.

As a person who has spent tremendous energy and time to preserving this seldom-told history, I was thrilled to partner with my friend Chris Chapman (who also wrote the Electronic BattleTech History section for the BattleTech: 25 Years of Art & Fiction book) to finally tell this story, to shine a light on those who made magic happen and subsequently influenced the future of electronic gaming. 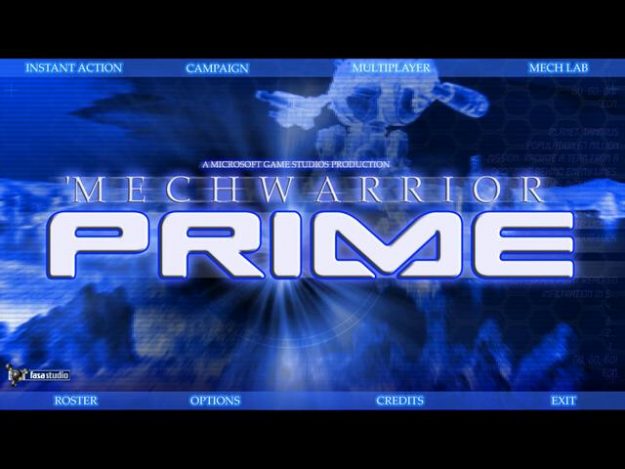 So this is neat. We have No Guts No Galaxy’s Sean Lang to thank for posting this to the BattleTech subreddit showcasing what might have been had FASA Studios continued making games after MechWarrior 4.

Called MechWarrior Prime, it would have essentially been a much earlier MechWarrior 5. From the screenshots, it looks like much of the game would have used MechWarrior 4’s assets but with slight improvements to the models and textures--unsurprising, given how this game started to get pitched immediately following the release of MechWarrior 4: Mercenaries. 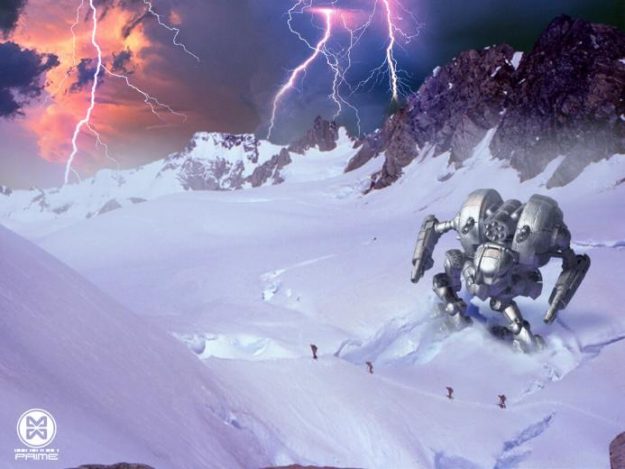 This also gives us a rare peek into the world of video game development and how studios start working on their next game pretty much just as soon as their latest game is done--and sometimes even before that.

Sadly, Microsoft moved away from the BattleTech license and everything got shelved. It’d be years before Smith and Tinker’s attempt at MechWarrior 5 made a few headlines, and then years more before MechWarrior Online finally brought us a new MechWarrior game (even if it wasn’t necessarily a traditional single-player experience--for that, you can play MechWarrior 5: Mercenaries that’s out now).

It looks like the PR folks at MechWarrior: Living Legends are increasing their reach with a brand new YouTube channel. There’s not a whole lot there at present besides the fan-made “Inferno” trailer, but that’s more than enough to get them started. Although I gotta say, there’s a better than even chance that there will be a DMCA strike for using DOOM‘s music.

Hopefully they’ll get an introductory video and maybe a few tutorials up in the near future. 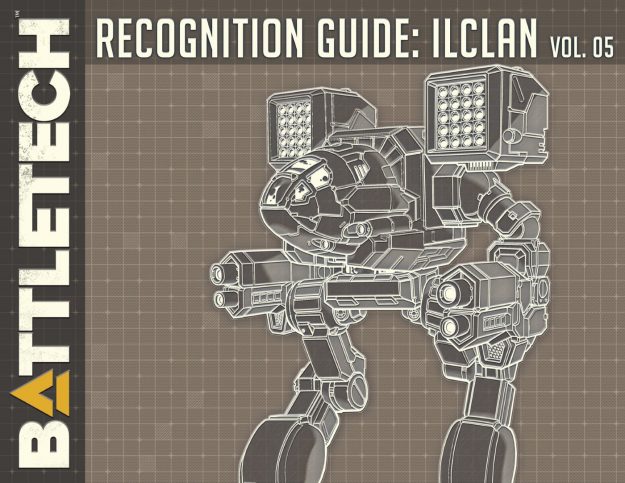 Patience, MechWarriors. The Clan Invasion will begin its arrival in due course. In the meantime, here’s some fresh new BattleTech content straight from the source.

Starting with two new Touring the Stars volumes for Valencia and Braunschweig. Valencia is in the deep periphery as part of the Escorpion Imperio in the current timeline, while Braunschweig is part of the Hanseatic League. You can learn about how about both these periphery nations duked it out in Turning Points: Hanseatic Crusade, too.

The latest Recognition Guide: IlClan is here (volume 5) as well as a brand new novel by Bryan Young called Honor’s Gauntlet. Lots of recent books are looking at IlClan from lots of different angles, and this one will take a look at the Jade Falcons and how they’re preparing themselves in the lead up to the drive for Terra.

MechCommander Mercenaries just dropped its 1.2 update with a bunch of changes, most noticeably the fact that Commander Mason is just plain gone. But it’s for a good reason that has nothing to do with the plot.

One of the issues found in the early release of MechCommander Mercenaries was that sometimes Mason’s ‘Mech would just not move no matter how many times you clicked. This issue was annoying (and game-breaking) enough to warrant a temporary workaround, which involves flat-out removing Mason from the game at the start of every mission and replacing him with a stunt-double AI pilot.

While this solves the problem of Mason ignoring commands, it adds a new issue of the AI pilot being unable to trigger objectives or extraction after the mission is complete. Also, since Mason is technically not there, he doesn’t gain any experience (which is bad), but neither can he die from enemy fire (which is good, I guess).

But besides Mason taking a (hopefully short) hiatus, update 1.2 also adds something amazing: reinforcements! This beta feature now allows you to summon up to an additional 8 ‘Mechs from orbit courtesy of your Leopard DropShip. Since Leopards can only carry four ‘Mechs at a time, you’re limited to deploying an extra lance at a time, but you can still deploy an entire company of ‘Mechs on every mission. Which is as completely busted as it is awesome.

A couple of notes on reinforcements: as this is still in beta, not everything is working right. Reinforced ‘Mechs are taken from your available stored ‘Mechs, but don’t have pilots assigned and are instead given random AIs. There’s also no additional cost for reinforcing your deployments, so it is 100% busted and can turn any mission into a turkey shoot for both you and your allies.

Friendly fire is a big problem as friendly ‘Mechs will often keep firing even if they randomly move into each other’s firing lines. That’s an issue that is currently being worked on, as well as the weird Mason thing and balancing reinforcements.

There’s some other quality of life improvements in 1.2 as well, which you can hear all about in the above video.

Since When Was There A MechWarrior Dark Age Video?

I can’t believe nobody told me that this film exists. It turns out that MechWarrior: Dark Age--y’know, the Clix-based miniatures game from the early 2000s--had a freakin’ film made. And it’s not just an ad!

This was made by The Digital Animation and Visual Effects School (or DAVE School) of Orlando, Florida in partnership with BattleTech creator Jordan Weisman and WizKids, then owners of the MechWarrior: Dark Age license. It was the final project for the class of March 2006, and everything about it is delightfully B-movie, from the actors to the effects.

There’s a lot to love from this film, from how overweight most of the ‘Mech pilots are to how there’s a keyboard in the BattleMaster‘s cockpit. But the CGI does an admirable job of rendering Dark Age-style ‘Mechs and tanks in intense combat.

This is five minutes well spent. Kudos to Reddit user geergutz for finding this gem.

Some Madman (or Woman, or Other) Is Recreating MechWarrior 2 In Unity 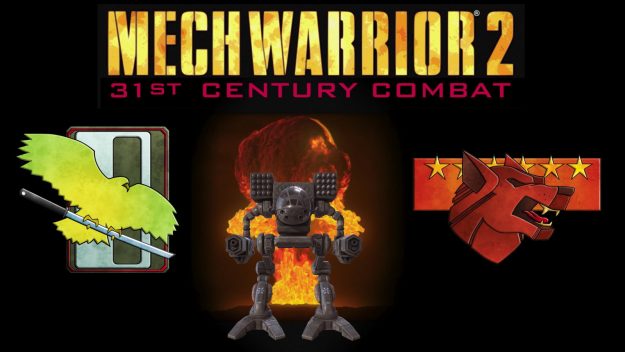 I don’t know who this is. I don’t know why they’re doing it. But I do know that this is amazing and should be encouraged, so I’ll tell you what I know.

A parent and son are working to recreate the MechWarrior 2 engine in Unity. This pet project will take assets from the original MechWarrior 2 game files and load them into Unity for use at runtime. This is apparently being done for legal reasons and not because it’s an efficient way to make a game. But regardless, this is the closest we’ve ever come to a remaster of MechWarrior 2, and I’m here for it.

About two weeks ago, the parent-son duo started posting their works on Imgur. It’s all broken down into parts with sweet animations showing Timber Wolves and Tarantulas trotting around, twisting torsos, and even leaping off of cliffs. 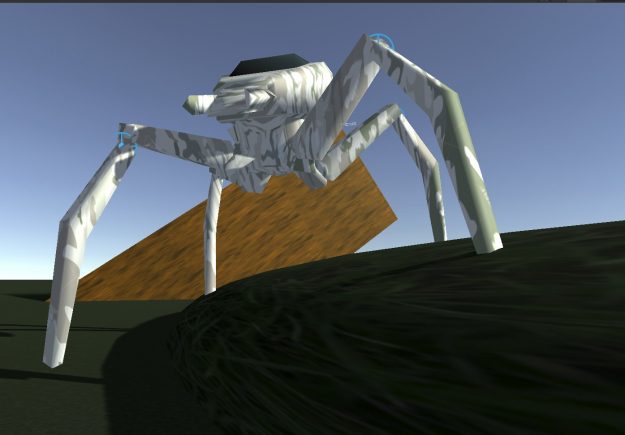 I’m not sure what the end goal here is. Maybe it really is to remaster MechWarrior 2, or maybe it’s just a tech demonstration to show that it’s possible to remaster old games in Unity. Either way, if you can put me in touch with these people, I’d love to get answers to these burning questions.

That’s it for August! Join us next time as the Earth continues to burn around us.

4 thoughts on “Your BattleTech News Roundup For August 2020”