August has been blissfully warm. Which is nice, since renovations have been a months-long string of disasters that have left me a husk of a man. The situation has convinced that perhaps the best life path for me is to actually quit writing entirely to focus on learning how to build kitchen cabinets and standing showers without having to pay anyone else.

While I contemplate the many wrong life choices that have brought me here, I will at least provide you all with your BattleTech news for August.

This technically happened at the end of July but it was basically right after we’d already published last month’s roundup. And man, this blew up my timeline along with everyone else’s.

We’ll start with Catalyst’s statement, which simply stated it had “suspended publishing new works by long-time BattleTech author Blaine Lee Pardoe, primarily due to Mr. Pardoe’s online activities which do not align with Catalyst’s publishing vision.” Those of you who don’t follow Pardoe’s Twitter account might wonder just what those “online activities” might be and how they could be so bad as to cause a rift in a business relationship that had lasted 36 years. 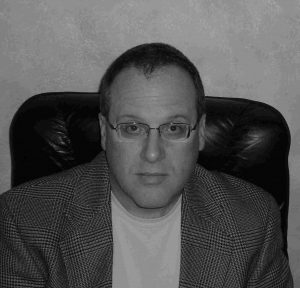 For an explanation, we’ll turn to Blaine Lee Pardoe himself, who published his side of the story in American Greatness, a news site that even its own Twitter account describes as “a hotbed of far-right Trumpist nationalism.” Blaine provides his account of what happened in an article titled “My Publisher Canceled Me in Favor of an Activist Who Threatened My Life,” where he accused Catalyst and BattleTech license holder Fanatic of caving to the demands of a “woke mob” that increasingly saw Pardoe’s political discussions online as… concerning.

I’m not even going to get into the bizarre odyssey of Pardoe’s alleged stalker, mostly because it seems like a he-said she-said that Pardoe plays up to rile his conservative supporters.

Pardoe then posts an update to his personal blog where he goes into the call he received from Catalyst president Loren Coleman (another longtime author of the BattleTech franchise) as well as an email where executive editor John Helfers called Pardoe’s non-BattleTech work “drivel.” In case you were wondering, that “drivel” was book two of Pardoe’s Blue Dawn series of novels that describe an alternate reality where neoliberals overthrow the American government and replace it with a progressive/socialist one.

Some of you might think that sounds great, but the blurb really makes it clear that the novel is targeting the kind of conservative audience who confuse “socialism” with “bad.”

Helfers later apologized for what was apparently an accidental email CC, but it’s clear here that Catalyst had a real problem with Pardoe’s non-BattleTech career. Statements from both Catalyst and Coleman confirmed that this separation has nothing to do with Pardoe’s BattleTech works or novels, many of which remain the universe’s narrative cornerstones.

There’s been a ton of community drama, some siding with Pardoe, some with Catalyst, but all of it just highlights how American politics has become so pervasively polarized. And that’s coming from a Canadian, a country which desperately tries to keep its nose out of American politics (barring softwood lumber or electric cars).

Also, kudos to Insaniac99 on the BattleTech Reddit for providing links to those Facebook blurbs, since I have a general policy of staying away from Facebook as much as possible even without a category four shitstorm raging.

BattleTech 101: The Great Houses of the Inner Sphere
Watch this video on YouTube.

Another quick hit for July that I totally missed because YouTube’s algorithm is garbage. Tex and the Black Pants Legion did a new video describing the major Houses of the Inner Sphere. It’s a much quicker hit that Tex’s usual Tex Talks BattleTech fair, and is a great primer for anyone looking for a relatively quick explanation of the BattleTech universe. There’s also some new art in here too, so I’m even going to encourage BattleTech veterans to check it out.

I’ll admit it, I’ve never played MechAssault 2. But from the looks of this mod (and Wolves, the fan-made MechAssault game) I missed out on something pretty cool. But if you own a copy of MechAssault 2, you don’t have to miss out on what looks like a pretty cool mod.

Grinder Enhanced 2 comes courtesy of EliteAssault over on YouTube. It adds a new survival-based map where you get to take on waves of Word of Blake ‘Mechs using your choice of BattleMech and with the help of a few friends. Things keep getting progressively more difficult, with more enemy ‘Mechs dropping in until finally the player is overwhelmed. The objective is to last as long as possible and rack up as many kills before your reactor goes nova.

Check out EliteAssault’s Discord for directions on where to download the mod.

Finally getting to true August news, Catalyst was in full force at Gen Con 2022. And to prove it, they even brought a life-size UrbanMech with them. Sadly, it’s not a real UrbanMech, but a mere inflatable copy. Still, this is the closest we’ve come yet to seeing a real-life BattleMech walking around. Or waving its inflatable autocannon at us.

Inside Gen Con, Catalyst showed off a bunch of new products, starting with the new Alpha Strike Box Set. Inside you’ll find a quick rules book, a bunch of Alpha Strike cards, some pilot cards, and 13 ‘Mechs, several of which have brand-new designs. There’s the Pouncer, a ‘Mech that proves all you need is Clan tech to make a 40-ton chassis workable, and the Wraith, a 55-ton Inner Sphere ‘Mech that proves all you need are pulse lasers and jump jets to take on almost anything.

There were also copies of Empire Alone on sale, as well as the BattleTech Beginner Box set, a new T-shirt with a Banshee on it, and a selection of BattleTech‘s latest novels including A Question of Survival by Bryan Young and Land of Dreams by Randall N. Bills.

Elsewhere at Gen Con, Catalyst treated to a bunch of teasers for even more new models. Courtesy of the BattleTech Community Twitter account, we got to see teasers for some new sculpts. I spot a Javelin, a Clint, a Dervish, and a Scorpion, as well as Warrior VTOL and what might be the Behemoth tank. I’m sure there’s way more that I’ve missed, so please do share your best Gen Con reveals in the comments below.

The Urbie Has The Spirit

I must bless this beautiful Child of Urb……

and if folk wanna help me afford my own copy.. or pay medical bills, etc?
See my full Gallery here:https://t.co/C9B6S8M4zK
Support my Patreon here:https://t.co/gxKHq16nQO
or give a one time tip on Ko-Fi: https://t.co/5xpLd7zOL6 pic.twitter.com/uHZjcfkx4x

Besides getting to see his beautiful UrbanMech design immortalized as an inflatable, Bishop Steiner also gave us… this. I’m not exactly sure what denomination this UrbanMech belongs to, but I understand that communication is the key to a successful religion, and it looks like this UrbanMech understands that too.

What If The King Crab Was In MechWarrior 3?

King crab in style of Mechwarrior 3 from mechwarrior

Honestly, this model seems like it could be good enough for MechWarrior 4. Thankfully, we never had to deal with the twin AC/20s hidden inside the King Crab‘s claws in either game, but TedwinK66’s animation does make you wonder. 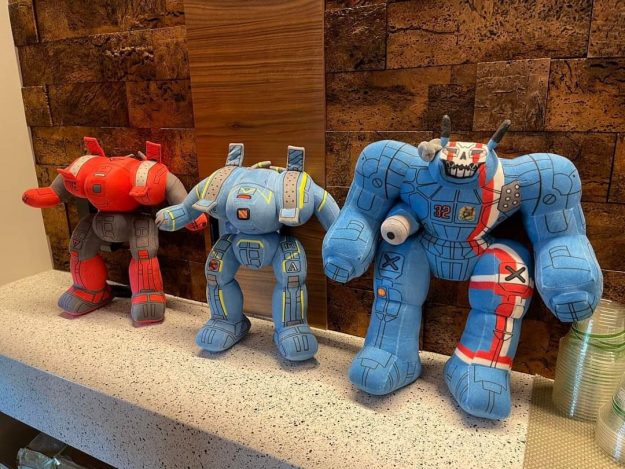 It’s been a while since we’ve seen the teaser of those BattleMech plushies, so it’s about time we checked in. And guess what? We got a set of pics for each of the new plushies coming.

Courtesy of Reddit user Beskaryc117, who grabbed these pics off Twitter, we get to see what we’re in for. In the first image, we have two Archers and an Atlas. And in the second, a Phoenix Hawk. It doesn’t look like the Hatchetman is part of this set, which is a shame, but you can’t expect Catalyst to bring an entire roster of iconic ‘Mechs in a single go.

But a Hatchetman would have been nice. Outside of a Whitworth of course.

No New ‘Mechs Planed For MechWarrior Online, But Updates Continue

A new interview with No Guts No Galaxy’s Sean Lang and Matt and Daeron at PGI revealed there’s not a whole lot is going on with MechWarrior Online. New mapmaker Francois has left the company and the MWO team doesn’t have the resources to create new ‘Mechs or maps. Hence why the roadmap has been updated to not include any map after the Terra Therma rework which is still scheduled for October, and why there are no new ‘Mechs on the horizon.

Which is a shame, since apparently, the Crusader was both successful financially for PGI and a big hit with fans. The Crusader was one of the few remaining Unseen ‘Mechs that have never really been in a MechWarrior game, and it’s so nice to see that old battlewagon make its virtual debut.

That’s not to say that things will remain this way forever. Matt and Daeron are still negotiating with the higher-ups at PGI to get the staff they need for new content whenever they become available. It might just take a little while. And we should keep in mind that staff not working on MechWarrior Online means they’re working on something else. Wonder what that might be?

Support for MechWarrior Online continues with balance updates and bug fixes. The Commando and the Cougar are the big winners in this month’s quirk pass, but there was also some fine-tuning performed on some Phoenix Hawk, Warhammer IIC, and Marauder II variants. Light machine guns were buffed, and Snub PPCs--which have dominated the meta ever since their buff in July--have been nerfed with additional heat and heat scaling. Whether that’ll be enough to stop the Snub-pocalypse in MechWarrior Online remains to be seen, but I’m at least confident that the Cauldron is keeping an eye on things and will take even more drastic steps if necessary.

And that’s it for August! Join me next time where I’ll hopefully have moved successfully and it will still be warm enough for me to call it summer in September.