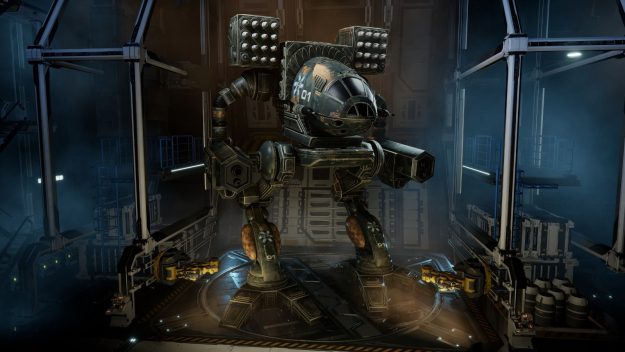 courtesy of The Art of BattleTech

Well, another year has come and gone. This is where we normally wax nostalgic over the past year and look forward to 2022, but I’ll be honest, 2021 wasn’t all that great and 2022 isn’t shaping up to be much better. With COVID counts where they’re at, we’re certainly getting off on the wrong foot.

But I will offer some hope. Initial reports are calling Omicron slightly less deadly than previous COVID strains, so if the pattern holds with the 1918 flu pandemic, future COVID strains will continue to get milder and milder until it’s basically just another disease. To be clear, influenza still kills plenty of people each year, but it’ll be manageable to the point where things return to some semblance of normal, albeit where vaccines and masks are way more common.

It took two years for the 1918 flu to get to that point, so while 2022 probably won’t be great (certainly not at the beginning), we might see things improve by the end of 2022 and into early 2023. Hopefully.

In the meantime, Sarna will continue to be your one-stop shop for the best BattleTech news. Let’s see what happened in December.

The Gingerbread Spider: A Mechwarrior Dubstep Rock Opera
Watch this video on YouTube.

We’ll start off this last news blast of the year with some festive content sent in by a reader. Elfcat presents “The Gingerbread Spider.” It’s sort of like “The Nutcracker,” only the ballet is being performed by a light ‘Mech that was designed to fly. Almost.

I wouldn’t say that SPD-5K is a meta build, but it’s certainly effective as part of a light ‘Mech wolfpack. It’s also great for picking off stragglers that might have had most of their armor stripped from LRMs or taking fire.

Personally, I think the Mist Lynx-G is the better Heavy Machine Gun platform, but to each their own.

There’s a DropShip full of MechWarrior Online news to close out the year. First up, a patch was released earlier in the month that added MechWarrior Online‘s first new map in years. Called “Hellbore Outpost,” this map brings unparalleled verticality to an engagement. Cliffs, canyons, and raised platforms mean that fire can come from any angle, with geological formations providing ample cover for an ambush. I’ve only played it a few times, but so far I find it an interesting addition to the usual playlist.

Along with the new map comes the fifth quirk pass, and it hits some of my favorite ‘Mechs. The Quickdraw, JagerMech, Summoner, Firestarter, and Annihilator have all had their quirks adjusted. The Quickdraw in particular is finally viable in today’s meta and I quite enjoy my laserboat QKD-5K. It’s great when a bad ‘Mech turns good.

And keeping with MechWarrior Online tradition, the holiday season brings back the Stocking Stuffer event for another year. The event is simple: play games and unlock rewards based on your match score. The more you get in a match, the more stockings you uncover. Stockings can include C-bills, MC, skill points, experience, premium time, and more. Now is the most rewarding time of the year to play MWO, but be sure to get your games in before Jan 4 when the Stocking Stuffer event ends.

But we saved the best part for last. MechWarrior Online is giving away two free ‘Mechs for everyone who logs in between December 26 and January 4 to play one match. The Mauler MAL-2P and Marauder IIC-A can be yours along with 25 Stocking Stuffers, 6.5 million C-bills, 1,250 MC, and seven days premium time. Oh, and both ‘Mechs come with a 30% C-bill boost too.

There’s also a new ‘Mech pack available with two new versions of the Sun Spider and the Roughneck. Go check ’em out on their website here.

The MechWarrior Online competitive scene got a big boost with the game’s renaissance this year, and although there wasn’t quite as much ceremony thanks to COVID and the lack of Mech_Con, the final games were still an exciting display of piloting from the best MechWarriors in the world.

Ultimately, the 1st Jaguar Guards came out on top, defeating the 5th Jaguar Dragoons in the final round. Ghosts of Nox came in third and the appropriately named “here 4 da loot” came in fourth. KDCM V: Trans Rights, the team that was initially told to change their name before PGI backtracked, came in seventh place.

I didn’t get a chance to see every match, but I did catch the final ‘Mech usage statistics and was incredibly surprised to see such a wide variety of chassis used by the world’s top players. Whereas previous years would often see the same ‘Mechs over and over again (I’m lookin’ at you, Hunchback IIC), this year had almost twice as many ‘Mechs make it to the finals.

Perhaps the biggest surprise is the Firestarter, which has historically been one of those bad ‘Mechs that nobody really uses. I guess the recent balance passes have really shaken up the meta to the point where the Firestarter actually shines. Guess I’m going to have to give that ‘Mech a try.

Remember that Timber Wolf mod that was mentioned in November’s news roundup? Well, The Art of BattleTech managed to get this beaut out for Christmas.

Not only is the outside a highly detailed model that brings the classic Mad Cat look into the latest and greatest MechWarrior game, but it also has a custom cockpit courtesy of Alan Yeoh. Honestly, it looks a lot like a modern fighter pilot cockpit with a few extra screens on the ferro-glass windows. It can seem a little cluttered in first-person view, but that’s why MechWarrior 5 has a third-person camera. There’s also an alternate cockpit with fewer screens but more rearview mirrors.

As expected, the Timber Wolf is pretty overpowered in comparison to most of MechWarrior 5‘s available chassis. That makes the Timby a great choice for pretty much everything that the game can throw at you.

You can check out the mod in action here and then head to NexusMods or Steam Workshop to download the mod yourself.

Not satisfied with just the Timber Wolf, Art is busy making the Mad Dog for MechWarrior 5 too. There should also be a Summoner on the horizon, but there’s no trailer of that delightful 70-tonner yet. Stay tuned.

Don’t know if this has been shared yet from battletech

This really isn’t limited to Catalyst Games--lots of retailers are warning customers that orders aren’t arriving in a timely fashion this holiday season. Blame covid and the ongoing global logistical snafu, but if you didn’t get your Catalyst order in time for Christmas, you probably won’t get it until January.

On the bright side, the final two installments of the IlClan Recognition Guides have arrived, and since those are digital files, you can just download them now without waiting.

I don’t know where Reddit user h_ahsatan got a beard to fit this Nova Cat, but I’m glad they did. Hopefully, it doesn’t catch fire when this thing lets loose with all those energy weapons.

It's rare, as an artist, to be given an opportunity to update/redesign anything created decades ago. Had a blast working with Mike McCain https://t.co/AjOXPYlo1A at HBS https://t.co/vdCTUizH6T on the updates of several vehicles including the STRYKER. Really enjoyed this one… pic.twitter.com/cbmRpreJqs

It’s no exaggeration to say that Duane Loose practically defined BattleTech‘s visual style for decades. The artist that penned the original drawings that appeared in TRO 3025 recently shared an interesting story on his Twitter account about how he teamed up with Hairbrained Schemes to redesign the Striker missile tank.

Working with Mike McCain, Loose helped create several redesigned vehicles, including the Striker. Loose also dropped several sketches of the Swiftwind and Demolisher tanks, but the Striker received special attention with a set of eight sketches. You can see how the missile tanks started out with eight wheels before shrinking those down to just six by the time they arrived at the final product.

Strikers were always the worst in that game, but at least they looked cool.

Duncan Fisher Wishes Us All A Happy Holidays!

MERRY CHRISTMAS FROM DUNCAN FISHER
Watch this video on YouTube.

The Black Pants Legion, ever patrons of the fine arts, asked George Ledoux to put on his Duncan Fisher persona and wish us all happy holidays. Thanks, Duncan. I think we all needed that this year.

And that’s it for 2021! I hope you’re all staying safe, staying healthy, and are looking forward to a better year to come.

16 thoughts on “Your BattleTech News Roundup For December, 2021”