Hey! We made it to February [Ed. well, Technically March, but we were a little late getting the news out for February]! I honestly didn’t think we’d make it this far. But we’re here and we’re all makin’ the best of it in these cold winter months.

As always, I’ve got some lovely BattleTech news to keep us warm. Well, relatively warm. Look, warmth is in the mind, okay? Let’s see what’s going on in the world of big stompy robots.

Boys - Process of Creating
Watch this video on YouTube.

There are a lot of artists out there doing BattleTech stuff, and while a lot of them are associated with commercial BattleTech creators like PGI and Harebrained Schemes, a lot of ‘em are just doing it for free. But what if the community could come together to support those artists and encourage them to produce more free artwork for the community to enjoy?

That’s the idea behind Gallery 3025, a new Patreon founded by Renegade HPG (you might remember him from the recently-concluded BattleTech Animated Series remaster you can watch on YouTube). “Gallery 3025 is a community fund to support the creation of BattleTech illustrations and animation,” reads the Patreon description, with 100% of the proceeds going towards funding artists.

Best of all, “those works will be openly available for the public to enjoy and use as they wish,” so long as the original artist approves.

“This fund will also allow the exploration of brand new talent with a fresh, innovative vision,” adds RenegadeHPG. “What would a top Magic: The Gathering or LucasFilm artist come up with if they were let loose on BattleTech? A Marvel Studios concept artist? Will we discover BattleTech‘s Ralph McQuarrie with a project like this?”

I’ve just signed on for the low price of $2 per month (a $10 level allows Patrons to participate in regular Live Q&As with creators), and I see DC Bruins is working on an animation project that looks pretty cool. There’s also this fantastic piece from Dmitriy Leonovich (the ‘Mech is an original design of his, in case you were wondering).

The more people that sign up, the more great art I expect to see come out of Gallery 3025.

MechWarrior Online Gets February Patch, And There’s More On The Way 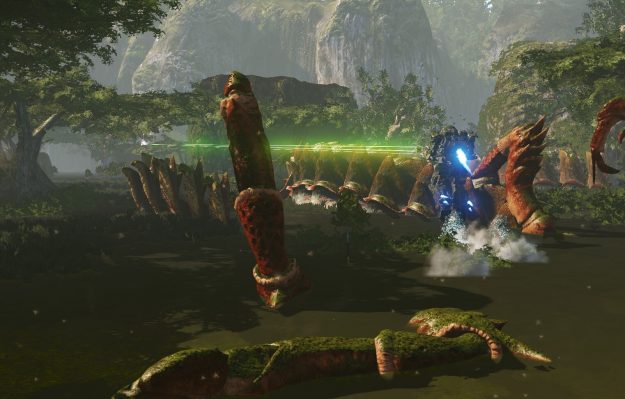 MechWarrior Online has received the occasional update to change what ‘Mechs are on sale, but it’s been well over a year since MWO has received a patch with any meaningful changes to the game. That’s changed as of February 11 with update 1.4.237.0, with a 38MB patch that promises to be just the first of MWO’s 2021 roadmap.

As discussed in previous web vlogs, February’s update is full of quick, simple QOL changes that MechWarrior Online fans have been requesting for quite some time. The reconnection time limit and early leaver punishment threshold have both increased from 2 minutes to 4 minutes, which will encourage players to rejoin a match if they get disconnected and also punishes players for leaving a match early. Unit recruitment costs have also been reduced to 10% of their former prices, while the cadet bonuses have been increased to better reward new players and give them a fighting chance against MWO‘s sea of veterans.

Several maps have had their dynamic time-of-day timer set to a specific time to better improve visibility, and bolt-on cosmetics are now truly bolted on and will not get shot off in the first 30 seconds of a firefight. The patch notes do say that PGI is looking for feedback on which bolt-ons actually should have the ability to be shot off as they might give players the wrong impression of a ‘Mech’s hitbox outline. Go check the MWO forums for that specific thread.

We’ve also got a roadmap for what to expect in future patches. March should include new player video tutorials, lower volume on the intro movie (a long-requested change), and a balance pass on weapons. There’s also going to be new ‘Mech packages and a brand new free ‘Mech available as part of a monthly event.

February’s free ‘Mech is the Huntsman Prime, which is a great little machine that I highly recommend. There are still a few days left to earn it, and then March will have a brand new free ‘Mech.

Honestly, the free giveaways are probably the best idea I’ve seen yet. My problem with MechWarrior Online has always been the awful price-to-content ratio, but free ‘Mechs (plus tons of other free stuff as part of the monthly event) does a lot to solve that problem. Plus, all these QOL changes are showing the players some real love. I might just give this game another chance.

Check out the latest vlog to see what’s coming in March, such as lighting fixes to Caustic Valley, spawn changes on Tourmaline Dessert, and a long-requested weapons balance update.

An Atlas, A Battlemaster, A Wyvern, And An Urbanmech Travel To A Galaxy Far Far Away

This is entirely my jam. #Battletech pic.twitter.com/WhyxJdxvVA

This was posted by Matt Stanley over on Twitter. I assume he did it, so all kudos/stones should be thrown at him. Regardless, I thought it was pretty amazing, so I will only throw kudos.

Reddit user aa-ron-dakota gives us this fabulous CG image that reimagines the cover of Exodus Road. It’s a landscape rather than a portrait, but that’s fine since now you can use it as a desktop background. 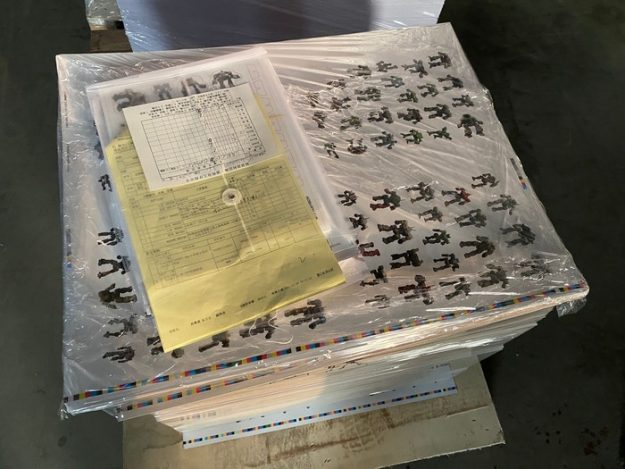 CGL just sent out a Clan Invasion Kickstarter update that confirmed the Wave 2 stuff won’t leave China until after Chinese New Year, which actually puts them right on track for my estimate of a spring delivery. Since that was my expectation all along, I’m not really mad or disappointed. Then again, I don’t remember what the original timeline was supposed to be like so I had no idea they were actually missing it.

Also, quarantine has sort of removed whatever sense of time I had, so it might be August right now and the only way I’d tell is if I went outside in my snow jacket and just fucking died of heatstroke.

From the description Loren gave to us in the update, it sounds like CGL was doing whatever they could to keep to their original schedule. There’s a lot of cursing, a lot of exclamation points, and a lot of dates for when gears turn or are expected to spin wildly. Bottom line is that Wave 2 should start shipping to backers “by the end of May for a mostly-June delivery.”

That’s not technically summer, but it might turn out to be summer. Fingers crossed and all that. 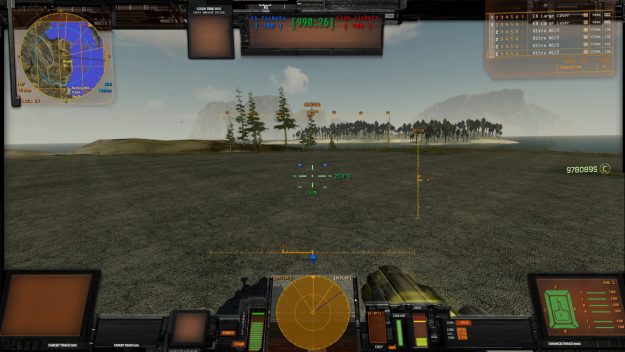 The MechWarrior: Living Legends dev team is back after a much-deserved holiday break, and they bring with them update 0.13.4. The big deal with this update is that it incorporates jedi95’s Crysis Wars Lag Fix code, which greatly improves performance for players with a bad connection.

Crysis Wars has always had some pretty janky netcode according to the MWLL devs, who described it as “a thorn in our side for years!” Modern games have vastly improved netcode that can smooth out the bumps in a poor internet connection, but Crysis Wars’ netcode predates those improvements.

Now Crysis Wars has a modernized netcode that smooths the gameplay for low ping players, with jedi95 even helping the MWLL folks ensure that his code was properly implemented in the latest update. MWLL players are already reporting improvements to gameplay, so it sounds like this patch is a big success.

Besides the sweet netcode improvements, patch 0.13.4 brings a few balance tweaks to the AC/10, Clan ER PPC, Sniper Artillery, and Stealth Armor. For the full details, check out the patch notes over on the MWLL wiki here.

Check Out The Raven In Wolves Wave 2 Mini Showcase

UPDATE: I have since been informed that the ‘Mech showcased in the above video is in fact the Raptor II and not the Raven as I initially thought. Friggin’ chicken-walking ‘Mechs all lookin’ the same. Pajama Boy will give me some Raven footage to add later. Original story follows.

There’s also the Cougar and Mad Cat Mk II to consider, but who cares about them? It’s the little Raven that steals the show in this short trailer previewing the upcoming Wave 2 update in Wolves, the fan-made MechAssault game.

The cool shit is that Raven is apparently just a prototype. PajamaBoy has since redone the Raven model to be, well, probably the best-looking Raven I’ve ever seen.

Now, I know that on paper, the Raven was never really that good. It got cut a lot of slack for being the first dedicated electronic warfare platform in the Inner Sphere (or should I say the first new EW platform in the Inner Sphere, since y’all remember the Spector), but compared to other scout ‘Mechs, the Raven was slow, poorly armed, and poorly armored, making too many sacrifices in order to stuff all those high-tech gizmos onto a light ‘Mech chassis.

I'm putting my hands up. Time to call it done. pic.twitter.com/kdgNgukBnw

That said, there’s no denying that for most of us the Raven is the first ‘Mech that actually looked sexy. Those smooth lines and pointed beak almost made it appear to belong in a different giant robot franchise entirely. It’s no surprise that the Raven has found its way into pretty much every MechWarrior game since MW2: Mercenaries.

Still no word on when Wave 2 will ship, but here’s hoping it’s soon.

Yes, we see this headline from time to time because scientists are always trying to find a way to make synthetic muscles. It’s just a mechanism that’d work better for a range of applications than something like micromotors, pneumatic pumps, or simple wheels would. And every time we hear about some research group making a breakthrough, we think that this is finally when myomer muscles will get invented.

This time might be different. A research group in Italy made a synthetic muscle that’s not only capable of lifting up to 70 times its own weight but also capable of being made on the cheap.

You can read all about it in the journal Science and Robotics. Researchers from TeCIP Institute’s mechanical engineering program made an “electrostatic bellow muscle (EBM),” which can act as an actuator, a pump, and also as its own generator.

It’s that last bit that’s very interesting since it means that these muscles can convert some of their own mechanical energy back into electricity and store it for use later.

“The EBM could be promising for robotic systems due to its lightness, scalability, and adaptability to different tasks,” writes the researchers. “The added ability to harvest energy could also be an advantageous feature for autonomous battery-powered robots.”

These muscles don’t quite look like myomer strands (actually it looks more like folded pastrami, if I’m being honest), but that’s fine. They don’t need to look like myomers so long as they act like ‘em. You can see EBM in action over on Inverse.

BattleTech Extended Gets Even More Extended In Latest Update 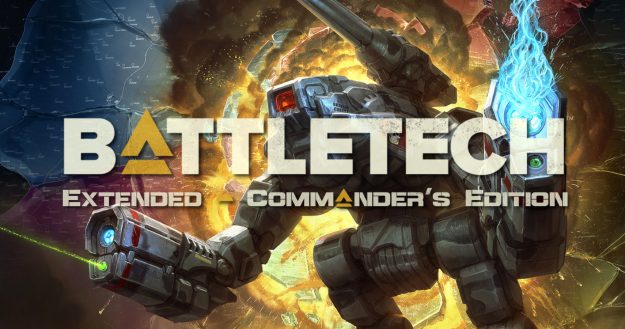 And now it’s getting even more stuff in update 1.9.2.0. A massive map rework, improvements to the Clan Invasion (now with 100% more Clan Diamond Shark), and over 300 faction and mercenary units have been added to the game, along with a large rework to shops and progression. Look, there’s a ton more added in this update and I don’t want to become a patch notes regurgitator, so go read the full notes over on Nexus Mods or Reddit. It’s a lot, and well worth your time if you’re looking for a new way to experience BATTLETECH.

And that’s it for February! Hopefully next month is warmer, drier, and still lets me get a decent burrito.

4 thoughts on “Your BattleTech News Roundup For February, 2021”